It was another tough day today…..

It was 58 degrees when we put in, just cool enough for a jacket.  The water temperature was about 73 degrees.  Lake on the lower end was clear.  The lake continues to fall.  The current level is 15 feet 8 1/4 inches low.   There was lots of blue bird sky today.  The winds were supposed to be around 6, but at 7 a.m. when we launched, they were more like 10 to 12 mph and they didn’t slow down until around 9:30 a.m.

The winds eliminated the locations we wanted to fish early.. too rough.  We fished the State Park bluff and picked up 5 small fish.  These were the best two.  I would guess they were in the two to two and one half pound category.  The Boss did beat me again today; she had 3 of the 5. 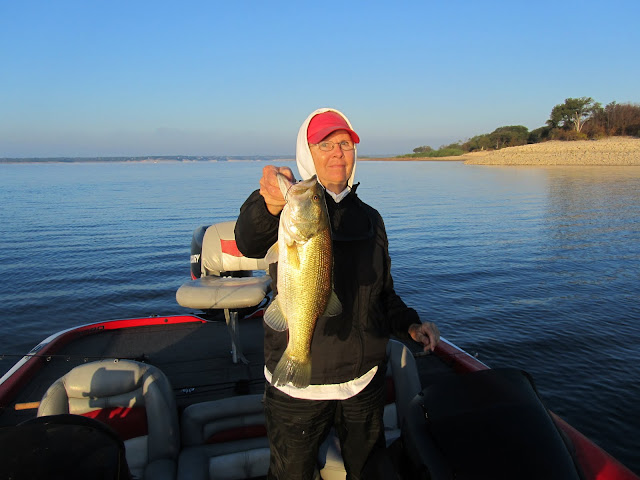 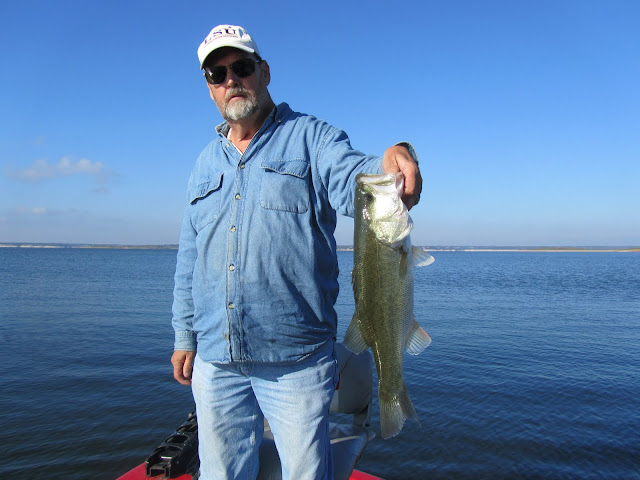 We did not find any fish other than the park area.  We found no schooling shad or fish.  All fish were taken on T-rigs.

Just looking at the Lofers Bend ramp, it appeared that someone had done some work on the ramp.  Some of the drop-off appeared to be filled in at the end of the ramp.  When you launch now, your trailer wheels will NOT be on the concrete ramp, but on the rocky bottom.  This fellow appeared to be attempting to launch without letting his trailer get off the concrete ramp.  He might have launched this way, but it is unlikely that he could get his boat back on the trailer with it no further back in the lake.  I think the ramp will still be usable for a while.  I backed my double axle trailer on down in the water and didn’t have any problem.  I did stay close to the boat dock as did this gentleman. 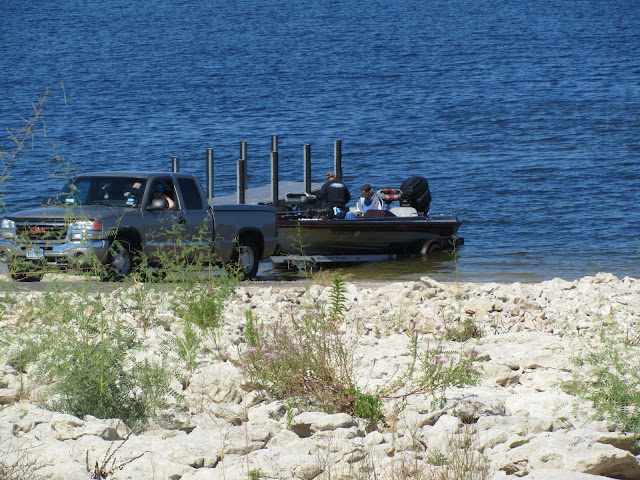 We did come across another Whitney Lake mystery. We found this while  using the binoculars looking for schooling shad.  What do you think this is?  There were two in the area.  They looked like burial crypts to me. 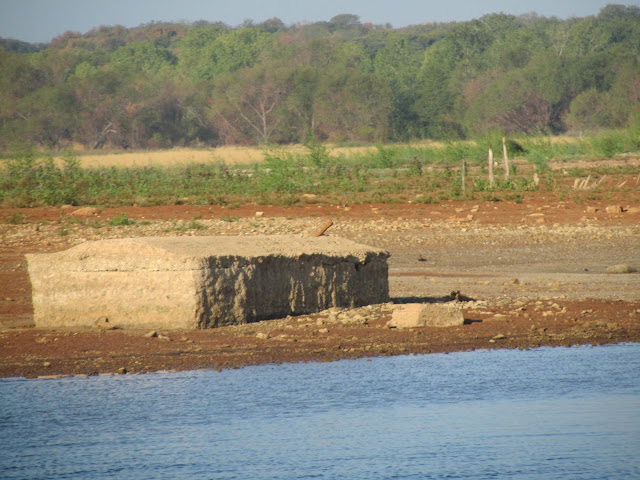 If you know or have a guess, please let me know.  Post a comment or email me.  The email is armadilla@whitney-lake.com .