It is another great day outside 70 degrees and cloudless, but we opted out today due to the wind being up a bit.

There was another little story I forgot to mention yesterday…

The Boss uses some tough Cajun line on her T-rig gear… it must be about 15o lb test.  Sometimes when she hangs up, we have to tie her rod and reel off to the chair post and crank the big motor to pull it loose or break it.

Yesterday, she had one of those moments when fishing a point on a creek channel.  She first thought she had a fish, the line just loaded up for her and was heavy so she set the hook.  Well, it wasn’t a fish and she was hung up really good.  But, she kept working with it and it finally began to give some.  After about 15 minutes she pulled a big wad of monofilamen line and this strange looking thing and a deep diving crank bait.   She says “What is this?  It looks like a hand grenade!”   I gave it quick once over from the front of the boat and told her it looked like a bait knocker to me.

This is what it looked like after she used my good knife to cut off all the line wrapped around it and the plug. 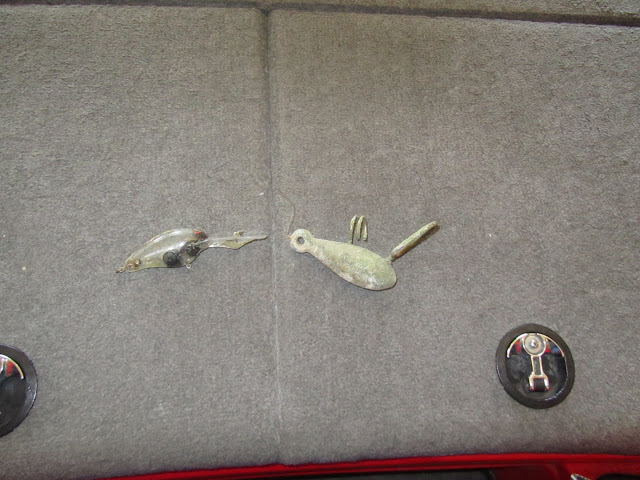 She threw it in the bottom of the boat and we went on and I didn’t think about it again until this morning when I was doing a little clean up on the boat.   I took these photos and took a little closer look.   The strange object on the right had some letters stamped in it that said “Plugmaster”… it was then that I figured out that this was a trolling weight to put that deep diver down further. 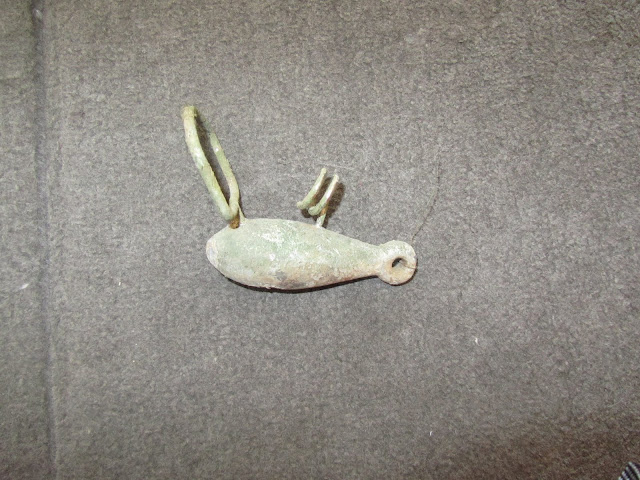 As you can see, that weight has some small monofilament on it…  I am guessing that was what was holding the plug on since it is on the rear and only looked to be 8 or 10 lb line.  I don’t know what the heck they were pulling this thing with.  I would have a 3/8 winch cable and use the big motor to pull this behind my boat.

You just never know what you are going to drag up out of Whitney Lake…  it might be a big ol Bass, a catfish, a carp, a Gasper Goo, a gar or even someone else’s fishing gear….