It has been a long dry spell….  for catching fish that is… its has literally been a wet spring and the lakes are full now.  But fishing has been tough.  But today, we caught 14 …  when we catch fish, anyone can catch fish.

We went to Aquilla today.  We had made several trips down to Whitney Lake and had zero luck.  The last place we caught any fish was Aquilla a couple of weeks ago when we caught 4.

We launched about 8 a.m. this morning.  It was cloudy and drizzling rain.  It wasn’t supposed to rain according to the weather reports.. just supposed to be cloudy.  We had made the 48 mile drive and sat in the ramp parking lot for about 3 minutes before going ahead and deciding to put in.  The winds were light.  The air temp was about 61° and the water temperature was about the same.  We put on our wet weather gear and headed across the lake to a couple of our favorite spots on Aquilla.  There were only 2 other rigs at the ramp when we left. 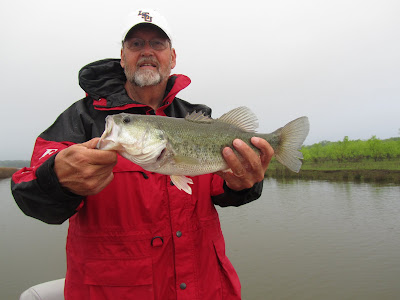 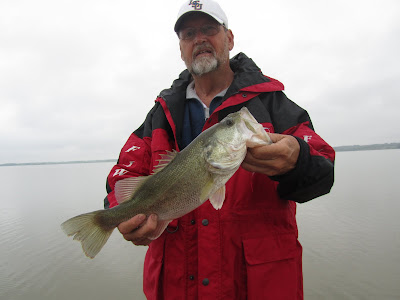 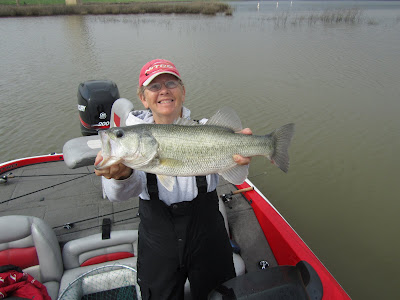 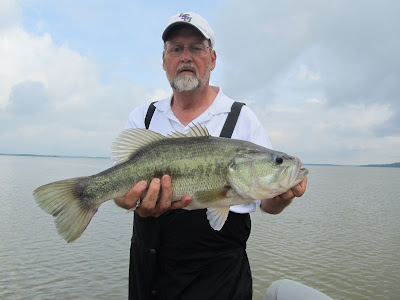 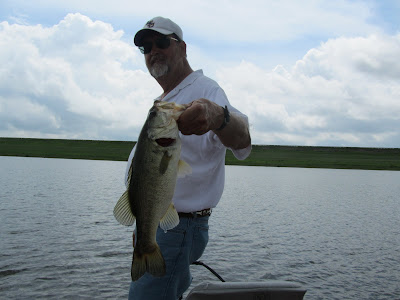 Most were caught on T-rigs.  Two or three were caught on top water lures.   Those tap-taps sure felt good.  Its been a long while since we had this much fun.

It wasn’t long after we got there that 3 or 4 other boats showed up in the same area.  Seems like a bunch of folks had the same idea… fishing on a cloudy day.  I thought we were going to have to take a number to fish by each bush…. almost like a weekend.

The Corps is releasing water at Aquilla.  The fish get feisty down there when the water is moving.  Its great fun.  My guess is that every day since last  week when we came down, the fishing has been hot in Aquilla.  It is nearly at its pool level now, so this will not last much longer.  The water has cleared up considerably since we were on the lake last.  It is still tainted with mud, but not too bad.

Not much else a person can say.. we got off the lake around 1:00 or 1:30 p.m.  It had started to rain again and we headed for the ramp.  The lake water temperature had warmed to about 66° and the fish were really active.  Flowing warm water.. can’t beat it.