Anybody can catch fish on Whitney now….

Yep, anybody can catch fish on Whitney now….   even the Boss and I.

This osprey was chowing down this morning…..   What a sight!  And there were white cranes and blue herons also working the shore lines.   In the middle of the lake, there were hundreds of schools of small shiners with the occasional big fishing striking in them.   We wore out some shallow diving crank baits in those schools, but came up empty on them. 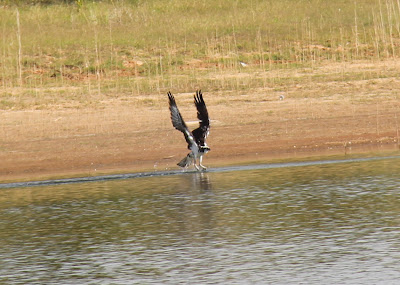 Actually, the Boss had the camera out and caught a whole sequence of this dive…  from the roll over up top to the big splash, to the rising out of the water, and finally to the after flight…. what a sight .  The old osprey was pounding the shallows… especially the sandy beaches with brushy stickups….  (there is a clue for you!)

We got on the lake about 7:15 a.m. this morning.   The air temperature was about 72° and the water temperature 77° to 78°.  The winds this morning were 2 to 3 mph early, then they might have picked up to 3 to 4 mph by 11 a.m.    Most of the morning, though, the lake was slick as glass.   The lake level is 525.13 or 7 feet 10 1/2 inches low.  That is 4 or 5 inches lower than it was on Monday…. I am telling you the Corps has pulled the plug on the bathtub here.  Generally, the water is as clear as it gets on Whitney.   The skies were cloudy first thing, but despite what those high paid television weather guys predicted, it clear up and turned out to be pretty hot.  It was about 85° when we came off the lake around noon. 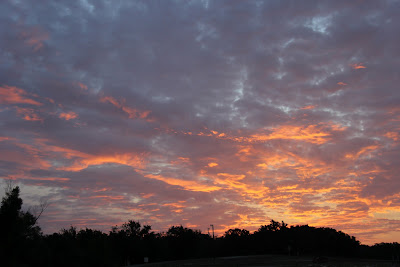 The old saying is “red skies in the morning, sailors take warning”…. but not so today… it turned out to be a great morning on the lake.   Actually, there was one other rig on the ramp when we got there and it appeared to be a pontoon boat.   No other folks used the ramp until we were loading up at noon and then it was just one boat launching.  We did see a couple of other bass boats on the lake.   One in particular had a spot or two staked out or else he had run out of gas and was just not going to go any where else… not…  he was working over some shallow flats… same as that old osprey.

We didn’t catch any fish in our first location and it was nearly 8:00 before The Boss picked up her first fish.   We had tried some Pop-r’s early and some Spro Crank baits but didn’t turn up anything.   She picked up this 16 incher on a stumpy flat…  I think she may have caught a couple in this location. 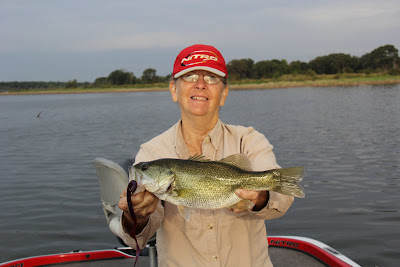 I snactched this one out of some deeper water a little further up the lake. 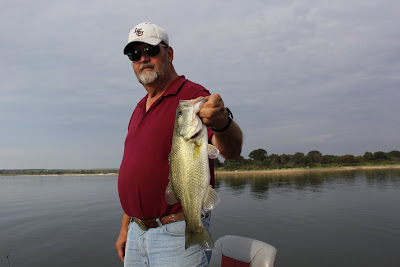 The Boss added this 4 pound 1 oz Bass around 11 a.m. (She caught it on her first cast this location…) 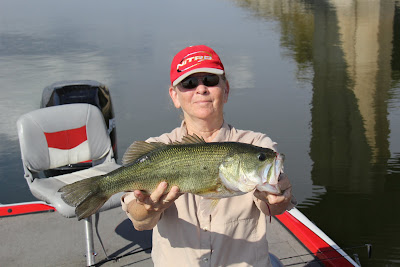 Actually, we had seen a guy camped out in this spot when we first got to the lake and the guy didn’t move until late in the morning…  I am sure he wasn’t catching anything but some zzzz’s.  Just hanging out there in that spot. 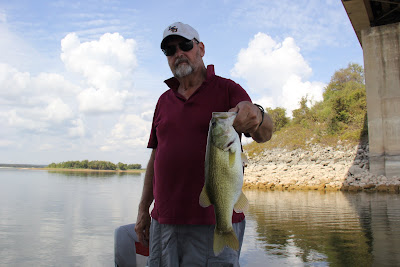 Like with the birds, sometimes it is a good idea to watch where other folks are fishing and then give those spots a try when they move on….

At the end of the day, as they say in the corporate world, we ended up with 7 bass.  Five were keepers and we had a total of about 13 lbs of fish.   Life on Whitney today was good.   This past summer has been very tough… a lot of days when we caught nothing.  But when you see an osprey chowing down every 15 minutes or so, you should check out where he is fishing… If you see some guy camped out in a spot for a couple of hours… you might want to check out that spot too…. (though not while he is sitting on it!).

We had a great morning.   I picked up my spare trolling motor from Boris Marine this past week and I took in my other trolling motor and had him adjust it a bit to get rid of some shake it had…  it was quiet as a mouse today and I think that paid off for us.

At any rate, we had fun fishing and The Boss had a lot of fun taking pictures….  she had bunches of them….   she loves the clouds… 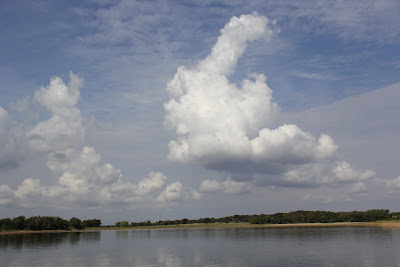 Personally, I love the fish…..  Nothing much beats a day on the lake… especially when they are biting…. and folks… when we are catching fish, most any body can catch fish!

If you want to go camping and catch some fish, now is the time.   Remember that several of the Corps of Engineers Parks close beginning October 1., Cedron Creek is one of those parks.  You should check my Ramps pages for each Corps park and check to see when it is closing, if it closes.   Also, with the lake dropping like it is, you should start to monitor the ramps.  Currently, I don’t think there are any problems, but if the water level continues to fall, some of the ramps are going to become non-functional quick.  The slidding dock at McCown  wasn’t far enough down in the water to be useful today (same with Cedron Creek), and the fixed dock was 10 or 15 feet from the water.