Another great day on the lake….

You never know what you are going to see out there… this is a red fox (I think) who spent some time on the shore not far from us….. always fun…. 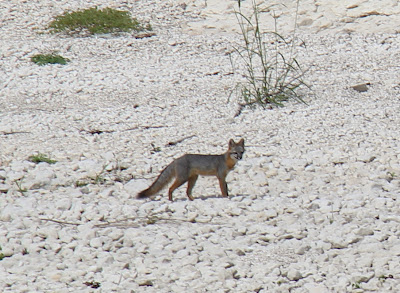 It could not have been any calmer than it was today… the lake was slick as glass all day… here are two shots…. one near dawn and one about noon. 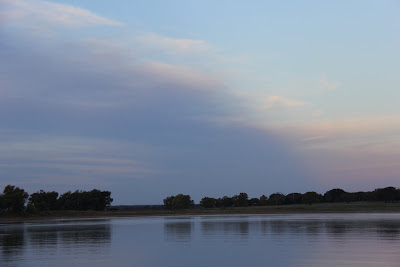 Is that slick or what? 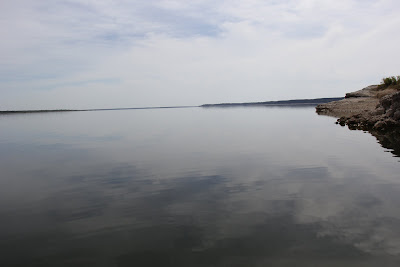 This would have been as easy a day on the trolling motor as there is…. except for the one boat that kept riding back and forth this morning at about half throttle….  he made a few waves…..   don’t know what he was doing, but it wasn’t fishing….. had more to do with boat riding…. and he couldn’t make up his mind where he wanted to go… or so it seemed since he kept motoring back and forth.

It was about 52 to 55 degrees when we launched this morning at 7:30 a.m. from McCown Valley.  The water temperature was 70° to 71°.   You guessed it… no wind.   The water is still relatively clear for Whitney.  The lake level is 524.75 or 8 feet 4 inches low.  The Corps still has not moved the sliding dock at the McCown ramp so you have to get in the boat from the ramp or the beach…   not an issue, but just a comment.    We did notice some gulls this morning… they weren’t working, but they were there sitting on the lake and flying around.  That has to be a good sign.

No other rigs were on the ramp when we left, but there were two there besides us when we returned at 1 p.m.   I think one of them was the boater we saw ridding around. 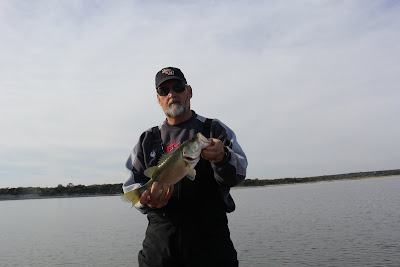 This one came on a crank bait.   The rest came on T-rigs. 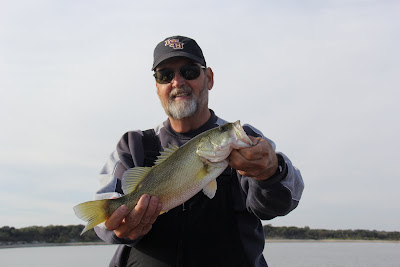 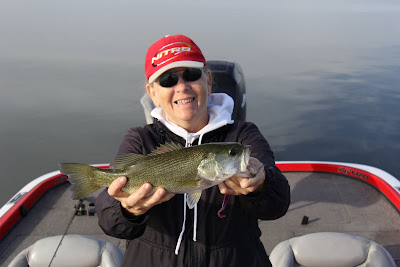 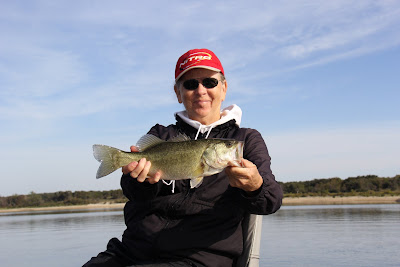 I had 3 and The Boss had 3.    I did let two others get off…. one was a very nice fish that would have gone 5 lbs or more…..   It gave me a little bump and I set the hook on it and it was like I had hooked a boulder… it just didn’t move for a minute….  I held the pressure and it still didn’t move and I thought I was hung up, but when I gave it just a little slack, it took off and I set the hook again… it jumped and came off….   gave me a thrill, but also gave me the slip….  pretty disappointing.

I still think the fish are coming back and starting to turn on for the fall fishing.   We are catching a few ever time we go, not too many larger fish, but a few.   We definitely had our chance at a bigger fish today.  I told The Boss that I was just out of practice… or maybe it is the new worm rod…  I don’t know what the deal is, except that I let two get away because I didn’t get good hook sets.