We normally avoid Whitney on the weekends….   just anti-social when it comes to fishing and sharing the lake with others… and there were plenty of folks out there today, some bass fishing, and some white and striper fishing.  But, the forecast for the next few days is “WINDY” so it is best to make hay when the sun shines.  And, the sun was out today….with few clouds and light winds, 2 to 5 mph.

Whitney’s lake level is 524.35 or about 8 and 7 to 8 inches low.  The lake has been relatively stable, about 8 1/2 feet low for the last several weeks.  I believe this is helping the fishing some.  The water today appeared to be relatively clear in the mid-lake locations we fished.  The water temperature was about 62°.

We took our time getting to McCown Valley today.  We didn’t get on the water until 10 a.m.   and we fished for about 3 1/2 hours.   It was a tough day.  Even though the cows were feeding on the way down, the bass must have missed the memo.  We had few bites and only caught 3 small fish.

These two were typical. 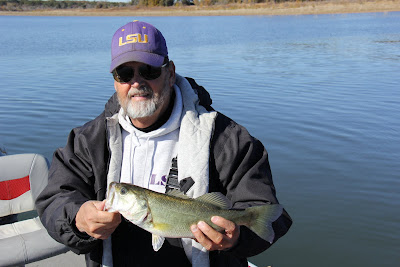 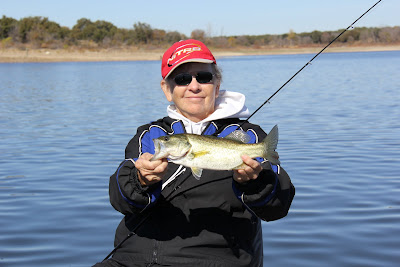 Small fish, but as my Dad used to say, “Some is better than none!”   Hey, at least we got to feel a few tap-taps.

I don’t know how other folks did other than the two guys that spoke at the ramp… they caught 3 catfish, though they were fishing for whites and stripers.   I would guess we saw a couple of dozen boats on the lake.  At one point we could count 6 or 8 in our line of sight and later, we noticed that there was a boat on each of our favorite holes that we could see….  Oh, it is so much nicer fishing during the week….  no boat waves and no one sitting on any of the spots we want to fish.

There was some excitement today in the Cedron Creek Park…. don’t know exactly what it was, but it appeared to be a false alarm.   We noticed a lot of sirens, then 3 police cars, an ambulance and a fire truck showed up… along with a game warden and a rescue helicopter which actually landed there in the park.   They searched the area for an hour or so, then left… apparently found nothing.

Here are some photos of all the equipment they were using up…. 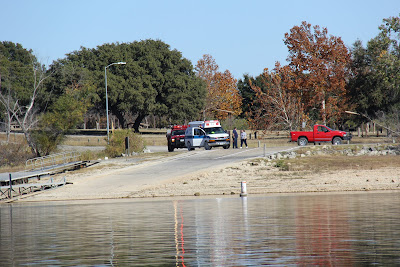 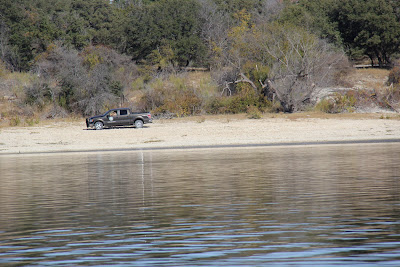 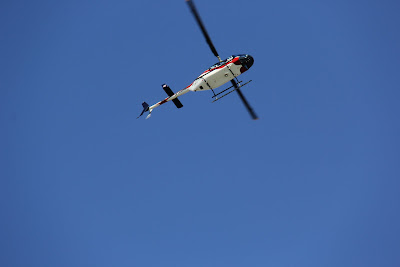 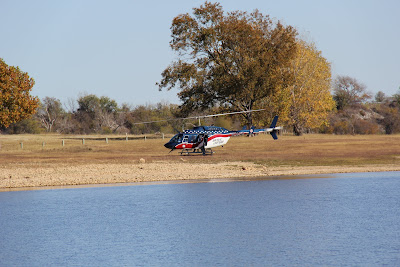 Who knows what was going on… all I know is I let a fish who was running off with my worm get off because I wasn’t paying attention to my bidness….