We are talking about the temperature here… It was pretty cool out there.. We wore our winter gear and needed it all day.

We fished today. The wind was down for the first time in a while… well, actually there may have been one day last week we could have fished but didn’t.. other “stuff” going on…. For a while there, those 50 mph plus winds were making me a little bit concerned about the month of March… February was out like lion and March was in like a lion….

I think it was 31 or 32 degrees early this morning.. pretty cold. We didn’t get in any hurry to get to the lake. In fact, it was 10 a.m when we launched and that may have been an hour ahead of schedule…. The air temperature was about 40° to 45° when we got on the lake. I would estimate the wind, from the north – northeast, was about 7 or 8 mph. Just enough to put a little chop on the water at the McCown Valley ramp where we put in. There were already 3 other boats on the water judging by the rigs in the ramp parking lot. There was no water draining from them so I am guessing they had been there a while.

According to the Texas Water Development Board (TWDB) Water Data for Texas web site, Lake Whitney is at 524.19 or about 8 feet, 9 3/4 inches low. This is only about 3 inches lower than it has been being according to the web site, but to tell you the truth, on the lake, it seemed like it had dropped about a foot… that is judging by the landmarks that we usually fish… but who are we to say? The water clarity seems to be about the same, slightly stained to stained depending upon where you are.

The ramp at McCown Valley was mediocre today. There is a lot of sand and gravel on the ramp right at the water’s edge and then again down about where you trailer should stop. It made it a bit bumpy getting in and out… In fact, the old pickup didn’t want to pull the boat out.. it was spinning the wheels. If the “sequester” hasn’t cut Corps staff at the lake, it would be great if someone there could remove the gravel from the ramp.. that’s just a suggestion. We can make do. We are happy to have the lake, the parks and the boat ramps, even with the bumps. 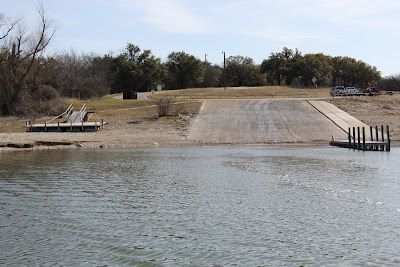 The sliding boat dock takes up one ramp lane, so there are only two lanes available. We also got this note in the mail Rick Poteet with the 2 of US Couples Central:

We will be going out of McCown Valley Ramp for Saturday’s (3/9/2013) tournament. The Loafers Bend ramp is a little tricky and with the high winds, the US Army Corps of Engineers said we should use McCown. There is a $2.00 charge for this ramp, but it is a nice 3 lane ramp. We have this posted on TFF and the BCC forum, if you know of someone wanting to fish with us this weekend please make sure and let them know.

Of note here, is that there are only 2 lanes that are useable.. I would also say that the ramp fee is normally $3.00 rather than $2.00, but maybe Rick has a deal worked out with the Corps. Anyway, they have a tournament going Saturday. Rick’s phone number is 254-230-6647 should you want to fish the tournament or just need to get in touch with him.

The Boss had a big day.. sort of. She boated 2 fish and lost 3 others. She “said” one of them was a nice size fish. She had a number of bites. I only boated one fish and had few bites.. maybe two.

Here are our pictures. 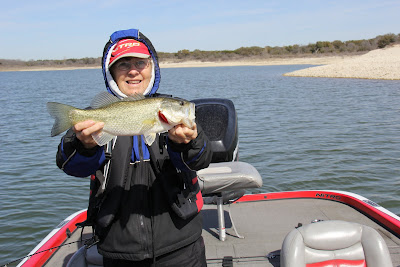 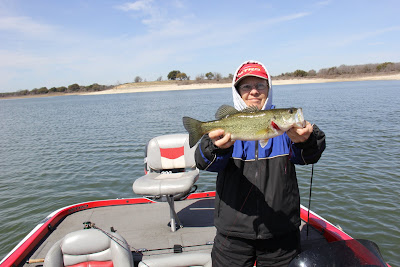 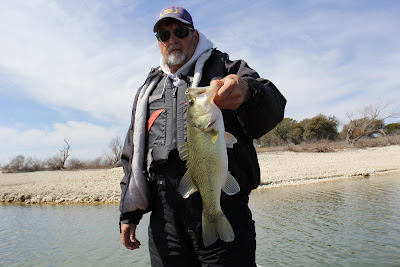 The fish didn’t have much size to them and we caught them in places we didn’t necessarily expect… not where we caught them last time out. These fish were shallow and scattered. Last time, we caught all our fish in one spot. The Boss caught her first fish around 10:30 and happily had bites all the way to noon. I didn’t catch mine until nearly noon or shortly thereafter. My “shakey” worm wasn’t working for me, but she was fishing right behind me and doing well. I think her method was closer to dead sticking with a shake every once in a while. At any rate, whatever she was doing, it worked. We just fished T-rigs today. We only fished from 10 a.m. until 1 p.m., just 3 hours. I got tired of the wind which had come up.

I do want to point out that I made a mistake in the last post.. I think I said that Cedron Creek was going to open March the first… NOT… It is April first. I still do not think the ramp there will be usable as that is a much shallower ramp than McCown Valley. Here is a photo from today. 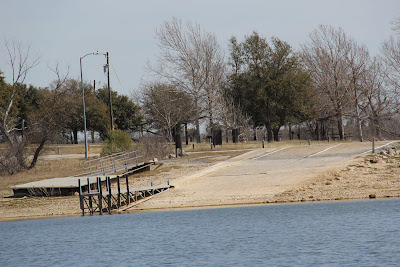 We also saw some birds working and there are plenty of pelicans on the lake. This is a shot of some The Boss took: 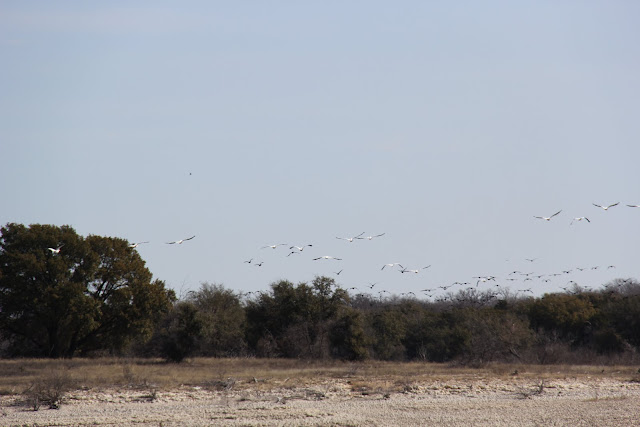 Now for the good part of the report. I have always said, “If The Boss and I are catching fish, folks that know how are really going to be boating them. Well, as I began working on this report, I got an email from a Jordan MacDonald of Keene who also fished Whitney today. Here is his report: 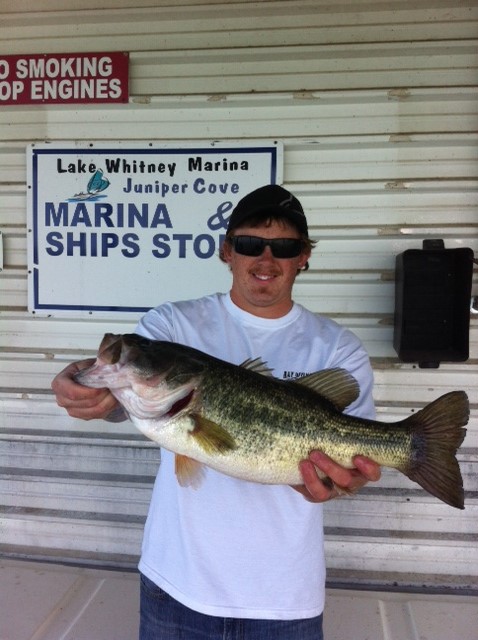 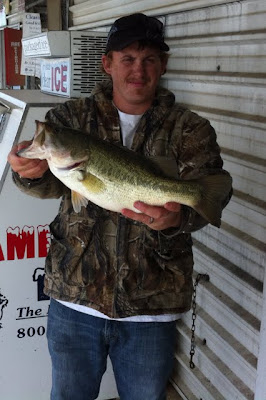 That’s what I am talking about… When The Boss and I are catching a few fish, those folks who know what they are doing can put some fish in the boat. Congratulations Jordan! And obviously Jordan knows some stuff… he sent those pictures from his iPhone… presumably from the Juniper Cove dock. I will tell you this, Jordan is a lot tougher than we were. No way we could stay out there in that short sleeve shirt.

And, we want to wish good luck and a safe day to those folks fishing in the Couples Tournament on Saturday!