We have BOAT!!!! And, we were back on the water today… And as you could see on the lead picture, The Boss was smiling again.

And it was a beautiful day… The Boss got up this morning complaining about not getting to fish today… The sun was bright, the wind was light, and there was nothing else on the agenda today… “We should be on the lake!” I told her I thought we would hear from BP later on this morning and low and behold we did. The call came about 10 a.m. The boat was ready.

I went to get it and The Boss made lunch and got our stuff together for a road trip to the lake. Got it home and reloaded… we were on our way by 11 a.m. And we were on the water at McCown at noon. The air temperature was 61°. The water temperature was about the same 59 to 61 degrees. The winds though had stiffened up a bit and I would put them at 10 to 12 from the east, more than a little chop and were high enough that we could not fish any open lake points comfortably. But, the sky was cloudless. The water relatively clear… no rain lately and the lake is relatively stable. The water level is 524.19 or about 8 feet 10 inches low. The lake is low enough that, if you don’t know it, you had best keep your boat on-plane running to the main lake. Some humps are starting to show. The middle lane of the McCown ramp was good.. but I would recommend sticking to the middle one if you can. I also noted that someone had thrown some big rocks on the ramp, likely from the sliding dock. That’s the kind of stuff that likely broke my trailer spring a while back.

The Boss caught 2 fish, both on some kind of green and silver Big Bite Trick worm… And it was a trick too… I thought she was fishing with the normal purple / plum worm.. Not. 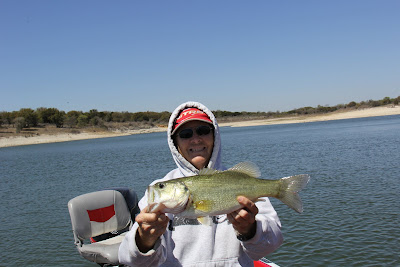 She even caught one while I was taking a nap… she just doesn’t quit. 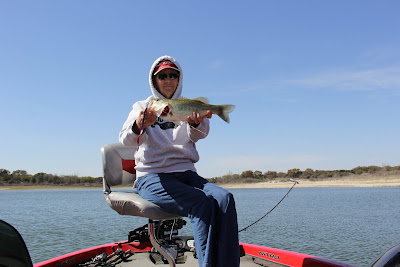 I finally got one in the boat too… I guess you could call it a fish. I am not sure it would measure. 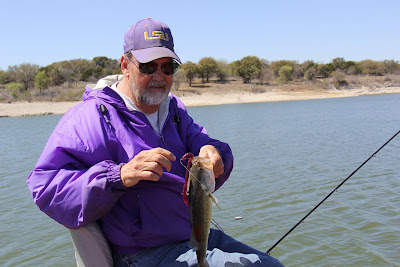 It was cool out there today.. I didn’t have the long-handles on, but did keep my jacket on due to the wind making it a little nippy.

We fished the rip-rap at the bridge just before we quit and got to watch an evening tournament “blast off” from the McCown Ramp. About half went down the lake and about half went up the lake… all going wide open at once…. Just like the old-time tournaments… none of this one or two at a time stuff for these boys.. my guess is that they were “working men.” I think there were 8 or 10 boats that left at the same time. 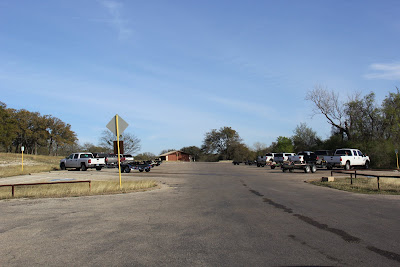 They were taking off as we were leaving the lake at 6 p.m. We fished for 6 hours and had 3 small fish. I am sure those boys were going to do a lot better. The wind had nearly calmed by that time.

We did get to see a little wild life as we left the park.. There were two groups of deer and a group of 6 turkeys. 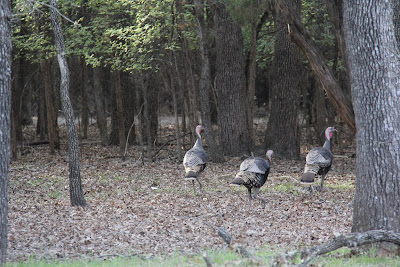 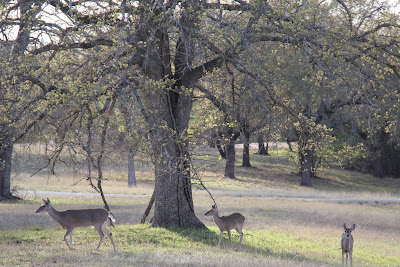 I was really happy to hear from Mike down to BP this morning… being away from the lake is just a downer for me… I really enjoy the lake. Away from it all on the water, all of a persons troubles seem to go away (unless the boat breaks). I was happy and The Boss was happy.

I did get to visit briefly with Gene at BP while waiting for Mike to come from the back. Gene said the Burleson Bass Club had their tournament last Sunday and the fishing was tough. He said when the front came through, the fish got lock jaw. I don’t recall what he said about how he did, but I gathered it was not what he wanted. Whatever it was, it was more than we caught on Sunday.

There were some folks camping out there… Probably some nice nights this month and next…. You should go if you get the chance, before the heat gets here.

And, a bonus.. someone asked about the dogs… Tucker and Duchess… More smiling faces.. 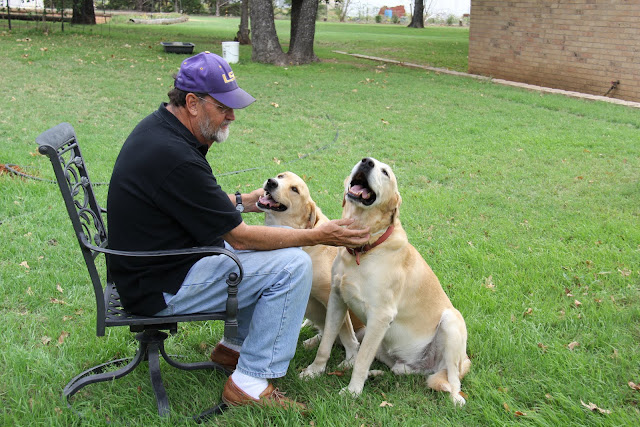