It is hard to believe that today is July 1st.   We rolled into McCown Valley Park this morning at 6:10 a.m.   The temperature was 68° or maybe a little less.   It was hazy and cloudy, cool by any standard for July in Texas. 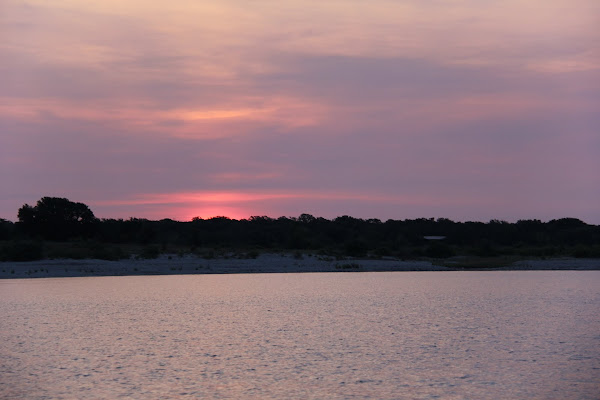 The lake level is 523.18.  Pool level is 533.  The lake is about 9 feet 10 inches low.   It has dropped nearly a foot since we were down week before last.  But, the water is relatively clear.  Winds this morning were light, 5 mph or less. The water temperature was about 80° to 82°, depending upon where you were fishing … warmer in the shallows.  Here are a couple photos of the ramps at McCown Valley Park and Cedron Creek Park.  As you can see, the Corps has not moved the sliding boat docks since week before last, but both docks are still functional as are the ramps. 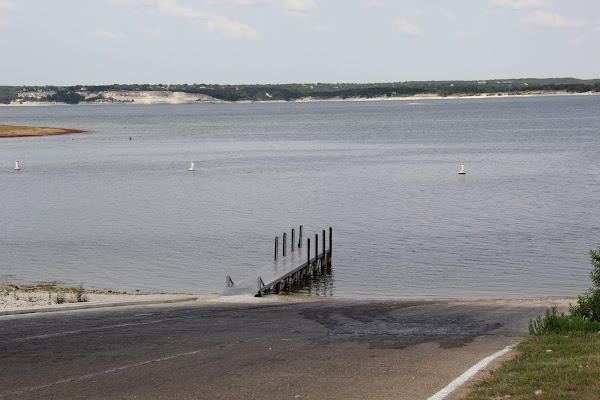 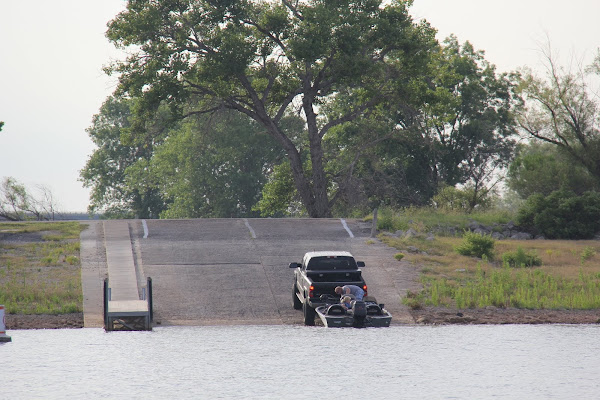 We were the first rig on the ramp and there were few other folks on the lake.  We only saw two or three other boats all day and none really before 8 a.m.  The folks launching at Cedron Creek were putting in at 8 a.m.

The fish were scattered.  There was no top water or crank bait bite.  The only fish we found were hitting T-Rigs (actually we did not fish the C-Rig’s today).   The bass were isolated on structure, stumps and rocks.  The Boss was doing something different that she wasn’t telling me about.  She boated 4 fish, all about 14 to 15 inches long and she missed another 4 or 5.  I boated one fish and only had one other bite.  Here are a couple of photos. 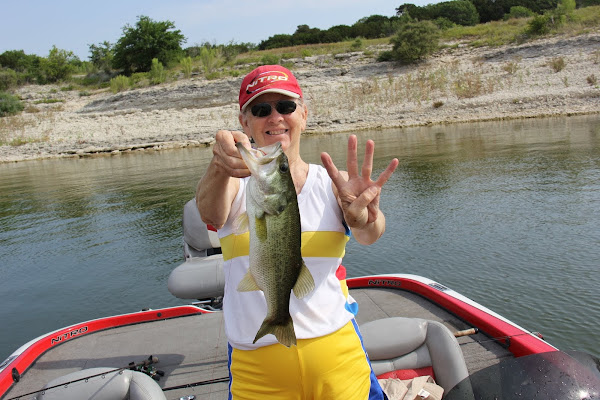 She is bragging now! 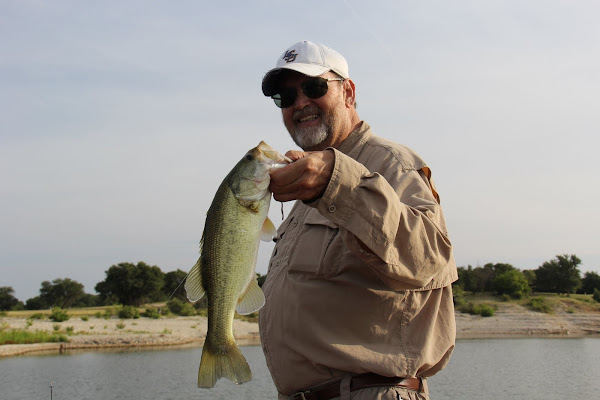 While we were still picking up a fish every now and then, I was tired of the beating I was taking so I negotiated the trip home…  We left the lake about 10 a.m.   We had a little over 3 1/2 hours of great time on the water.  We picked up a total of 5 fish, all small.   But, they bit enough to keep us interested.  Hey, any day on the lake is a great day and any time you can go and catch 5 fish it is a good day.

There were a few scattered campers in McCown and Cedron Creek Parks.  Those that stayed over from the weekend were treated to a nice cool night Sunday night.  There were also only 4 rigs on the ramp when we returned and two of them were pulling out.  A quiet day.

The weather is supposed to continue to be cooler than normal through the 4th of July.  For those lucky enough to make it down to Whitney and the camp grounds, they will enjoy their visits…  The weather is great, the water is great, life is great.  Come on down.