Last Friday was Good Friday…  the Corps parks and ramps were crowed…. not so much today.   There were 4 rigs on the ramp when we arrived about 8:15 a.m.  and the ramp wasn’t busy.  It was a fantastic morning.

The ramp in McCown Valley Park was still functional.  The damage to the lane next to the boat dock is very visible now.  The last slab of concrete has broken and collapsed; not any place you want to put your boat trailer.

Since we had been run out of Cedron Creek last time we tried to fish it, we decided to go back today.  Actually, we started in Camp Creek along side the Cedron Creek Corps Park.  We noted that folks were still camped there.  Don’t know if they were remnants of the Good Friday weekend or what.  We also noted that there were a number of campers in Cedron Creek Park and that the boat ramp there was still functional. 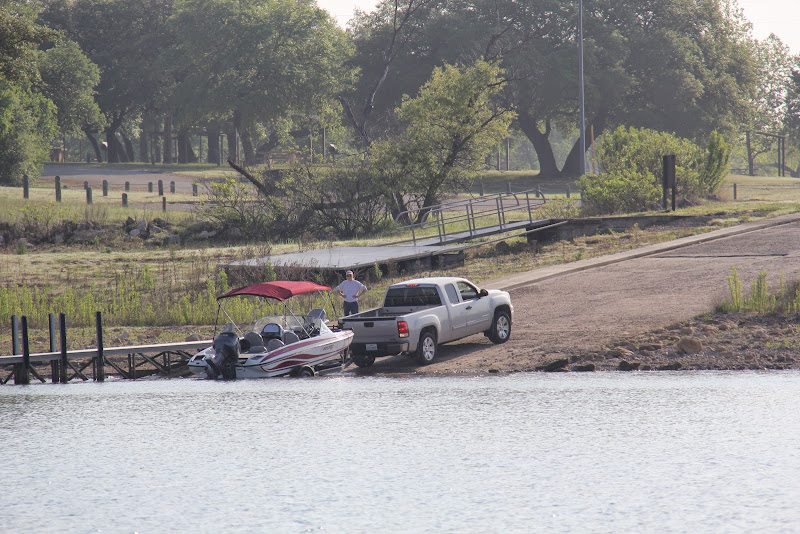 The Cedron Creek Park just opened on April 1st.  Looks as though the Corps had spiffed it right up.   A number of the prime camp spots on the North end of the park had campers.

We picked up a couple of fish in Cedron Creek,  maybe the largest was 3 pounds.   All the fish we caught today were less than 3 pounds.  And, they were hard to come by.   We worked for every one. 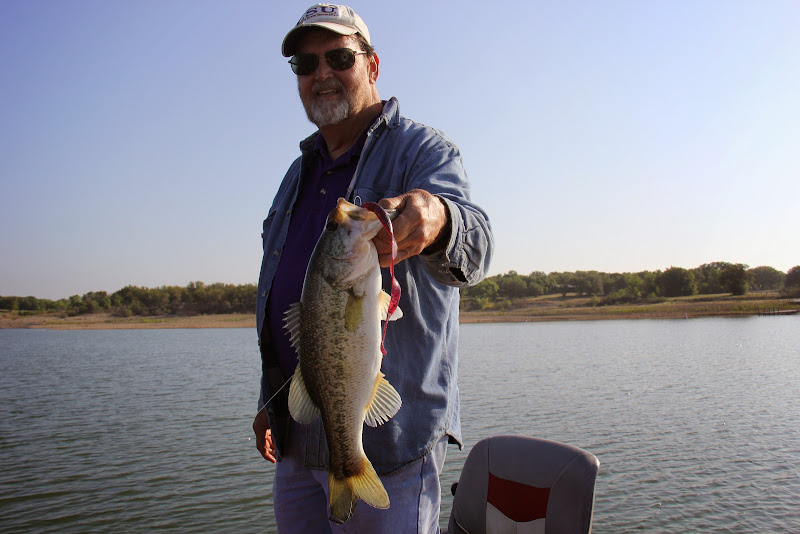 She is always such a happy camper when she catches fish 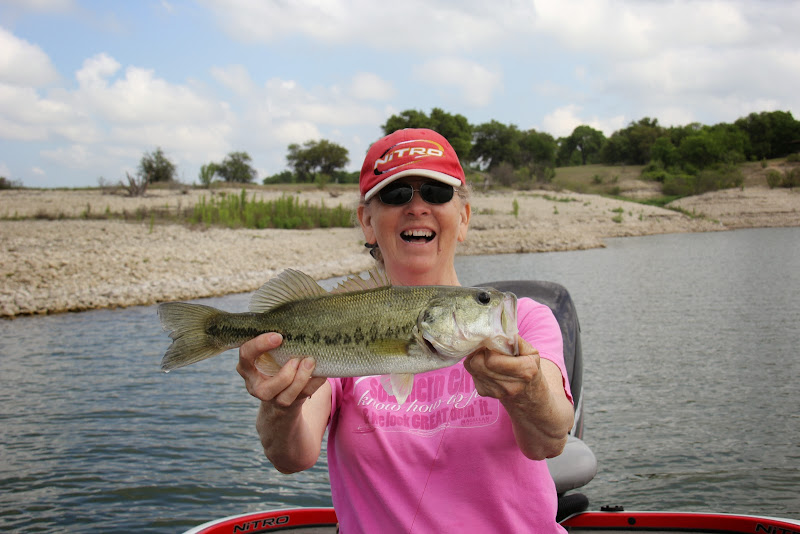 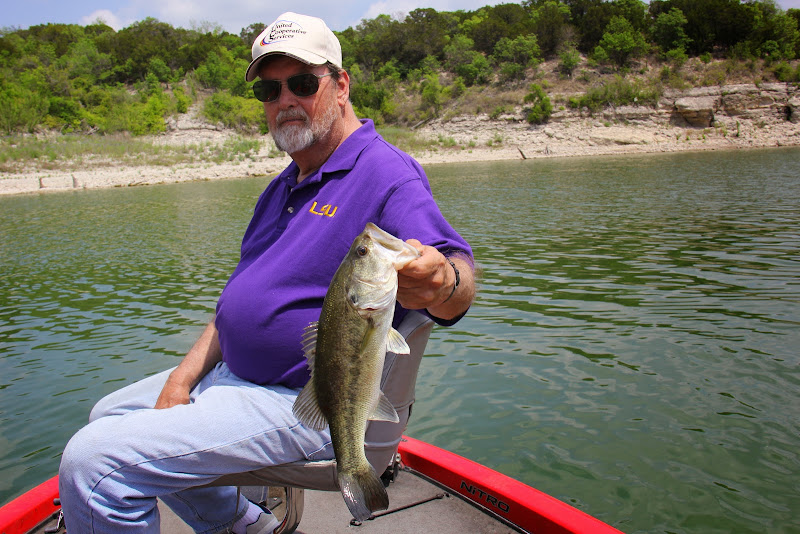 We caught a total of 8 fish.  Two were short fish, the rest were all keepers.   Five fish were male, and we had one female that had not spawned.  All the fish came on T-Rigs.  I don’t think we fished anything else.  We fished from 8:30 a.m until 2:30 p.m.  That is 6 hours of pretty hard work… Ok, so it is not work unless you are running the trolling motor for The Boss.  We had plenty of bites, but hook-ups were hard to come by.  (He forgot to tell you that he took a nap on the lake…. doesn’t sound all that hard to me!!!)

To pass the time, we took some other pictures, just for the fun of it.

Pelicans or Geese.. You decide

They were not catching any more than us

I can tell you I was “worn out” when we got home at 4 p.m., then cleaned the fish.. They were perfect eating size. The Boss will cook them up Louisiana style… You actually can’t beat The Boss’s fried fish dinners… spiced French fries, jalapeno hush puppies, and home made cold slaw. Good stuff.

But, The Boss wasn’t through yet, she went to a 2 hour bluegrass jam and had a big time playing and singing…. I may have to find something to calm her down a bit… She was on fire yesterday.

Well, there were boats all over the lake… there were 14 rigs at McCown when we returned. There were not two boats in every cove like it was on Friday, but there were plenty of folks out there. I am sure that if we were catching fish, they were too…. It is spring time in Whitney… It is not Lake Fork, but it is a great place to take the family on a camping and fishing trip.