A very good day on the lake….

We didn’t hurry to the lake, though we had made definite plans to go.  We saw the lureguy, Keith Jones at church on Sunday and he said he and his Buddy caught 15 very nice bass on Friday.  I think he said that he caught them on crank baits and tubes in Cedar Creek and around Juniper Cove.  In fact, I have heard that a lot of folks are catching fish in Cedar Creek.  I don’t know, I haven’t been up there this year.

The Boss and I got up late, as we had been up late Sunday night….  The Boss needs her full 8 hours of beauty rest or she gets really cranky.   Me, I was tired and just wasn’t really thrilled about getting out in the 50° air on a cloudy day.   So, even though we got up at 5:30 and ate breakfast, after checking the weather, we went back to bed for a nap….  slept until 8 a.m.  Then we hooked up the boat and headed to Whitney…

We arrived at McCown Valley Park at 9 a.m.  No one else was there so we had the ramp to ourselves.  We had done a quick check with the gate attendant who advised us there were no reported complaints about the ramp, but to stick to the middle lane , which we always do.

The air temperature was up to a blazing hot 53° and there was a 2 or 3 mph wind from the northwest.  By 9:15 we were making our first casts along Bee Bluffs. 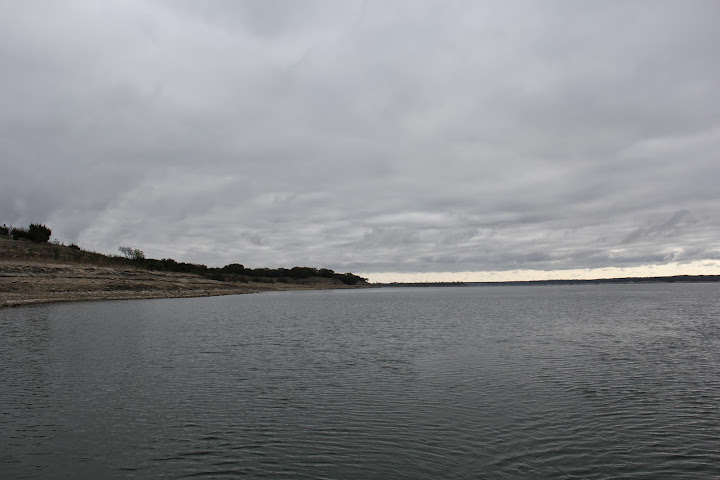 We only caught 1 during the first 2 hours…  well basically nothing.   Then at 11 a.m. we turned on NASCAR and had the race to entertain us while we fished.   I had thrown a crank bait for the first hour or so, while The Boss pitched a Texas Rig.

First Fish of the day

We worked our way on around the bluffs fishing points, pockets and stickups.  Here was another one.

The Boss was getting a little touchy about this point… a few complaints started coming about the back end of the boat being too far from the shore, or whatever….   trolling to fast.. etc…  typical back of the boat whining…. you know the drill.  I was just hoping she would pick up a fish or two so she would start feeling a little better.

About noon, it started to warm up some and we had a little sun for a while.  The Boss took these pictures. 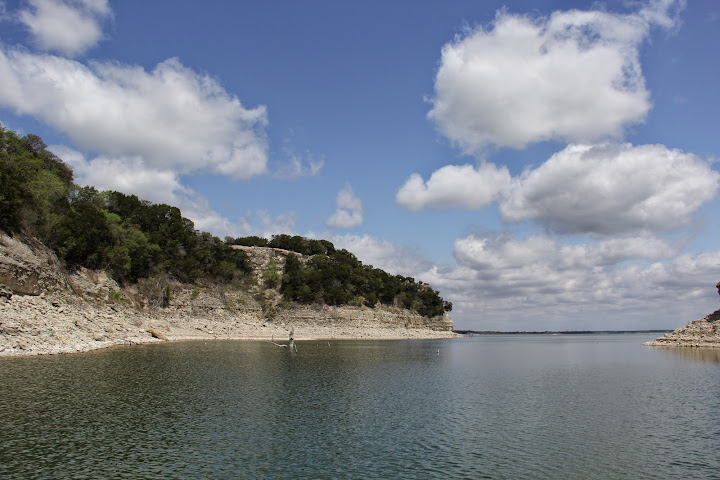 Great even if the fish had not been biting

Things picked up a bit and we hit upon a consistent pattern that was giving us some bites on a regular basis…. the bass were shallow around the rocks on the sunny side of the coves and bluffs.  We caught 3 or 4 along one stretch of rocky shore line.  This bad girl put up a pretty good fight.  Did not want to get into the net. 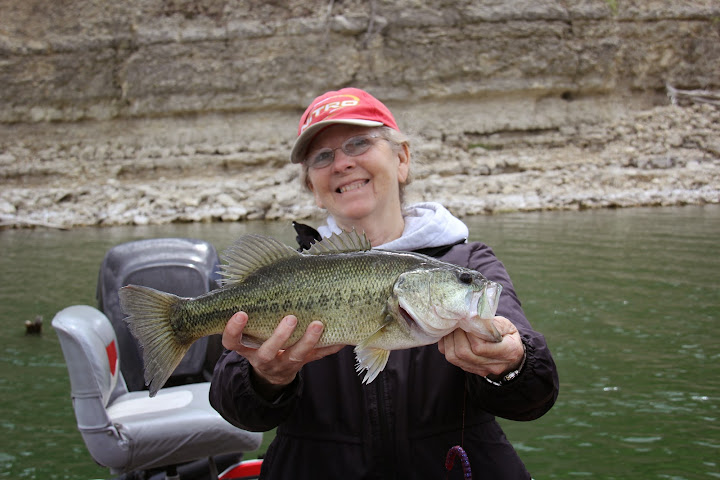 That will get a grin every time… 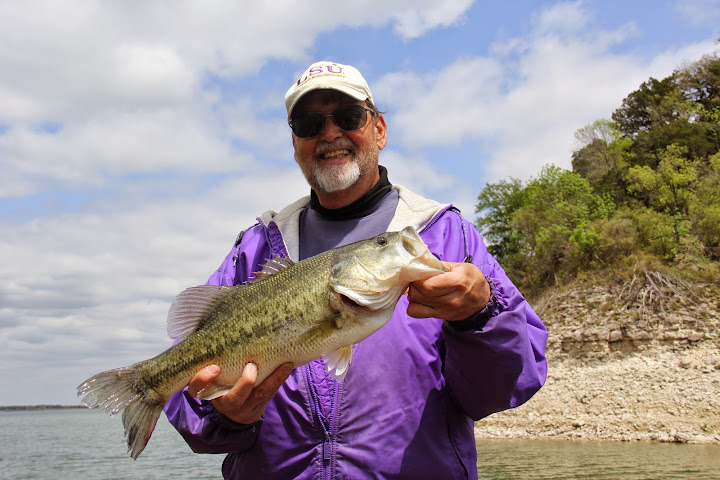 A nice fish at last

We ended up with 11 fish total. Two of mine were not keepers.. short fish. All three of The Boss’s fish were 15 inches or better. I don’t know what our total weight would have been, but I can tell you the numbers were good for us armatures. We probably missed another half dozen or so fish.

While the day started out cool, and we never really came out of our jackets, it warmed to about 70° by 3 p.m. when we quit. By that time the water temperature had risen to about 62° and was likely a little warmer up in the shallow water by the rocks with the sun shinning on them.

It was easy fishing… the kind of fishing we like…. slow and easy… just T-Rigging along, fishing the likely looking spots… rock piles, points, and stickups.  Most of the time we are sitting down working our spots….  just taking our time.

I would say that the fishing in Whitney is definitely on… when we catch fish, anyone can… get on down there and get you some of those big old girls while they are biting.