The Boss was shouting at 4;35… “Well are we FISHING???”.   I woke wondering what part of the world I had been transported to.. I had been sleeping sooo hard… I was dead to the world.  It was a good thing The Boss had set the alarm last night.  At 5:01 we were rolling out the gate.. Well, it almost started out like a Friday the 13th, as we hit a skunk about a mile from the house…. Wheee-eweeeee! What a stinking mess.At 6:04 we rolled into McCown Valley Park.

Our water level data comes from the “Water Data For Texas” web site which is maintained by the Texas Water Development Board.   It is one officious source.  We also noted that an article at this news site  http://www.dvidshub.net/news/133660/recent-rains-provide-relief-some-corps-lakes#.U6RU9bEymSo  said that Lake Whitney is up one foot over last month’s level.    Just our “feeling” is that the lake is up about a foot…  but who knows for sure.  Anyway, one of them has a data problem.

Mornings on the lake don’t get any better than this: 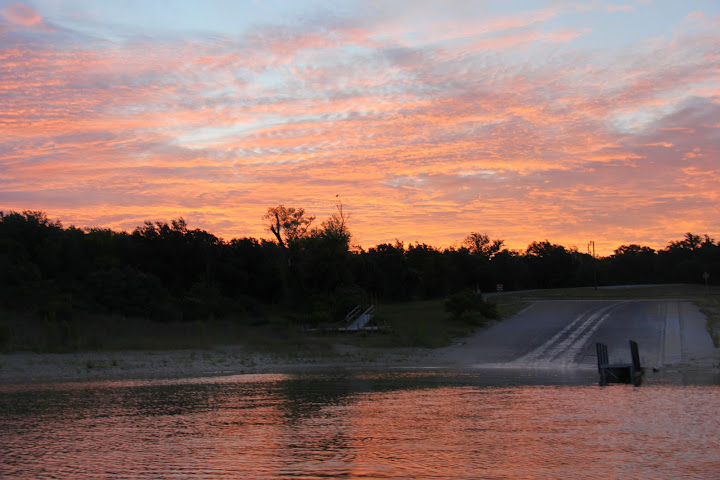 As you can see, the ramp at McCown Valley Park is still good.   The middle lane of the ramp is “the” part of the ramp to use. When we were getting the boat ready to launch, I was wondering if we were going to be able to stay in it because of the skunk smell… but it wasn’t bad after we got it in the water.

Last week we had found fish in shallow water on wood, so we were right back on that patter this morning. We had made a bee-line for the stumpiest shallow water we could find and it paid off. 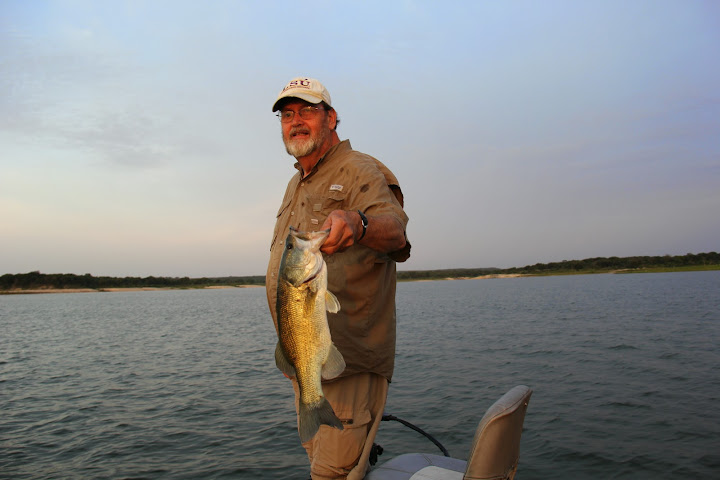 I boated 3 before The Boss got one into the boat. She was not a happy camper. We both missed several fish on the strike, by setting the hook to quickly. All the fish came on Pop-R’s. The Boss followed several of my missed hook-ups with T-Rigs, but never got a bite.  We didn’t take pictures of all of them, they seemed to be working and time was better used jiggling a Pop-R rather than taking pictures. 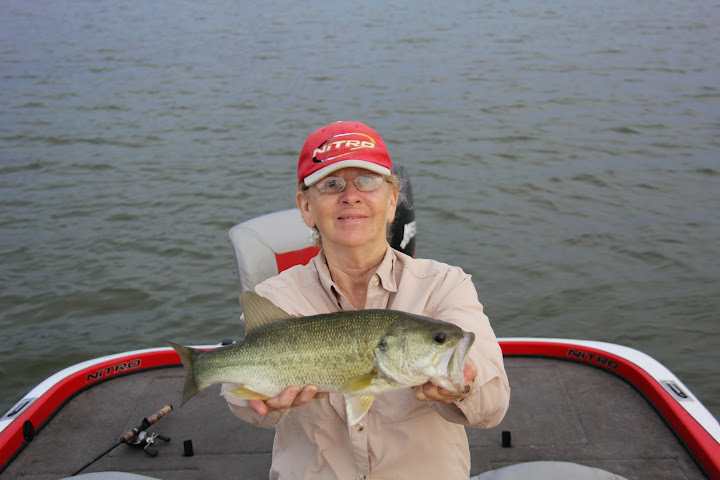 OK.. its a fish in the boat

By 7:30 we had 5 fish in the boat and had missed that many more. But the wind was getting up. I told The Boss I was ready to go.  The Boss said I only left so early because I was afraid she would catch up with me on the number of fish.  But, we were keeping fish today and we had enough to clean, any more and it would have been work. We had somewhere around 12 to 15 pounds of fish. They were all skinny, but they were fish.  By 10 a.m. those fish were in the refrigerator… I can’t wait for those Cajun fries, Jalapeno hush puppies and home made cold slaw to go along with some fresh fried fish.

All in all, it was a great day on the lake.   I have a tire to replace…  a quick trip to Discount Tire to get a replacement.  They are much easier to change at home than they are on the road.

I am so glad The Boss got me out of bed..  a cloudy, cool day.  The “cows were feeding” going to and coming from the lake…. And, the fish were biting.  Those camped out on Whitney this weekend should have a time to remember.

And then, there were these guys…. 4 of them in the little parachute hang-gliders. You may not can see them… I had the camera zoomed as much as it would go. But my question is this: Do these guys wear life jackets? 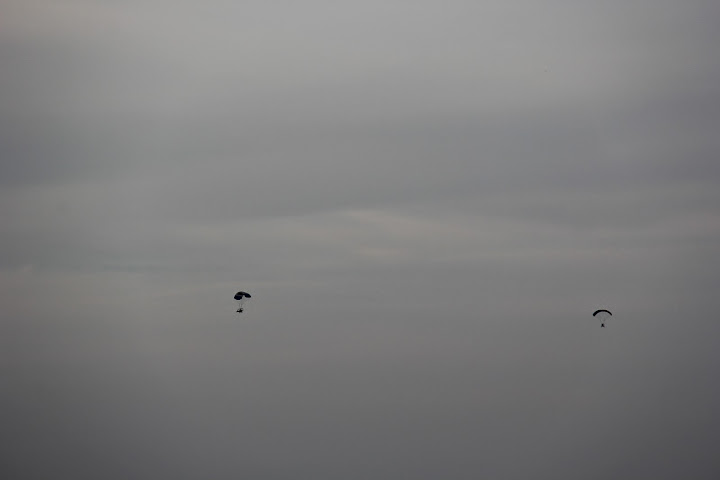 Everyone has their way to have fun….   Those are some risk taking guys.