Here is it June 11 and it is our first trip out to Whitney this month. We have had reports of some good quantities of fish being caught and some nice fish among them…. so we were ready to get back to the lake. The rains, which were nice, the winds, a bit frustrating, and just “stuff to do” had given us lots of excuses not to go to the lake. But, things worked out today.

We were up semi-early, 5 a.m., I would have been better if it had been 4:30 a.m. But, we try to get up without an alarm and we had been out the night before as The Boss was playing and singing over in Alvarado. So, when we wake up is when we get up. If you are not a “senior citizen” as we are, you may not understand getting up until you wake up.. then again, you may be like our grand-kids and not get up until noon… “Whatever” as they say.

The stats this morning were:

Air Temperature: 72°
Water Temperature: 79°
Wind: Calm to 2 mph
Water Clarity: Murky to relatively clear… depending upon where we were.
Water Level: 521.38 or about 11 feet 7 1/2 inches low
Weather: Clear, as Willie would say, it was an “Uncloudy Day.” 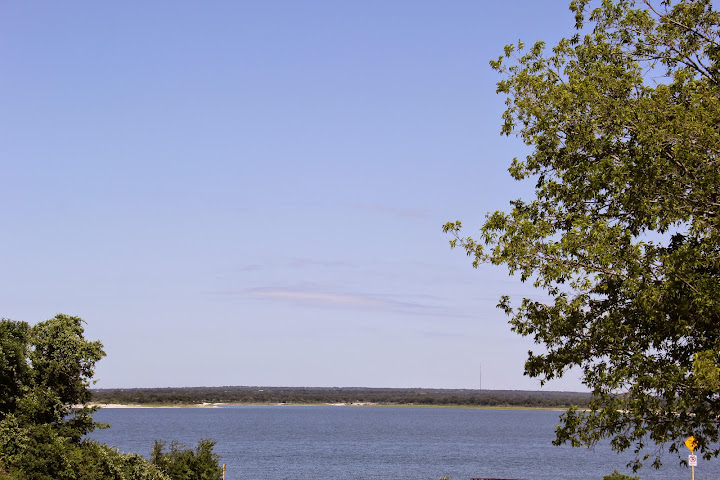 Anyway, The Boss fixed some great sausage biscuits and coffee and we where out the gate by 5:30 and rolling into McCown Valley Park at 6:30 a.m. No need to get there before 6 a.m. anyway since the gate doesn’t open until 6. There was one other rig on the ramp when we got there and we got to see them head up the lake toward Cedar Creek and Juniper Cove.

At 6:30 We were on the water and headed on over to Cedron Creek. There was one pontoon boat in the mouth of the creek. I assume they were fishing for white bass… but on the other hand they could have been napping. We didn’t stop to check.

We fished two of our favorite points and flats. We didn’t get a bite in the area… none in the deeper water (15 to 20 feet) or in the shallow water 0 to 4 feet. We fished with top water, T-rigs and C-Rigs.

About 8 a.m. we moved up to Bee Cove. It wasn’t too long before I had a short fish. We fished the Bee Bluff area until 11 a.m. We picked up 4 fish. I would call them Alan Jackson fish, as in “Little Bitty.”  And as Alan says “Its all right to be Little Bitty.”

Here photos of 3 of the largest… The Boss took a a picture of my smallest, but it turned out so small that it didn’t show up in the photo. 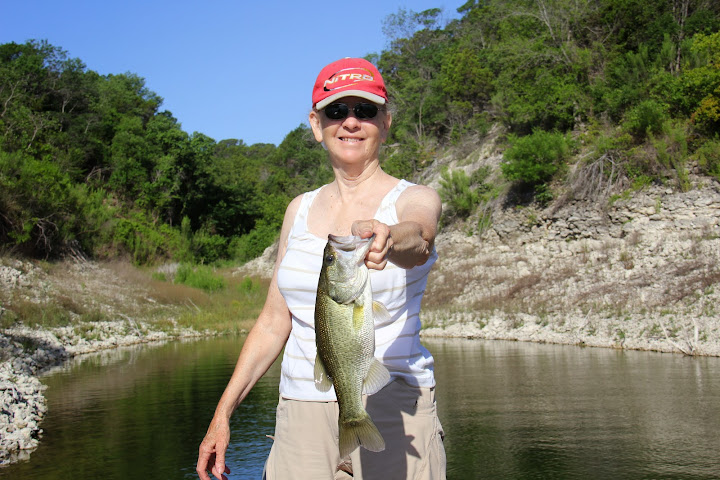 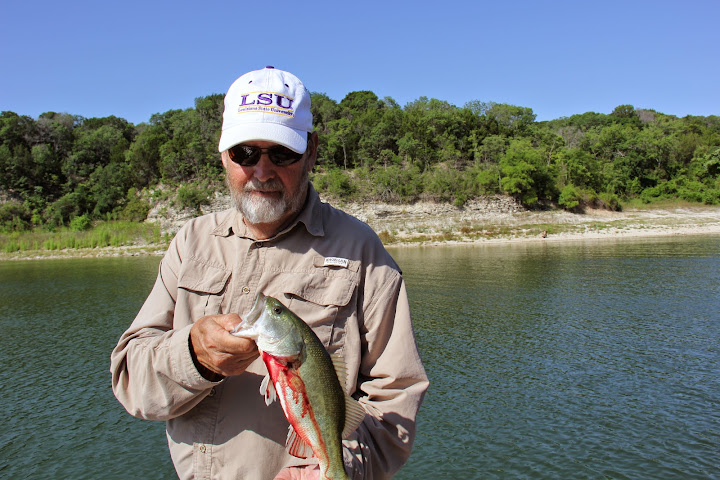 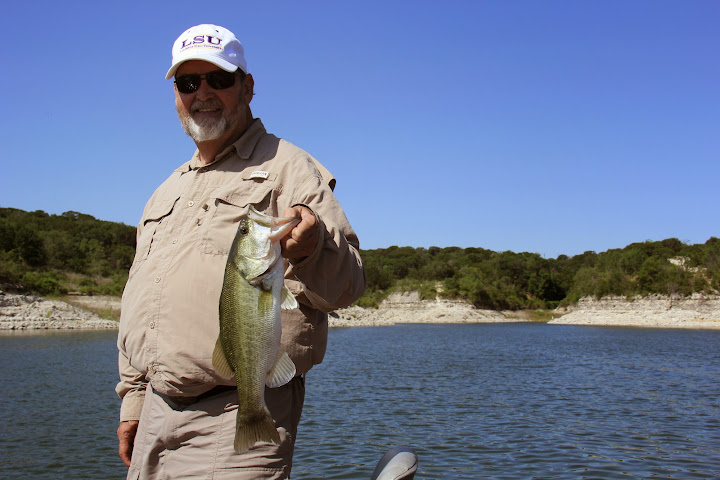 On the drive down to the lake, all the cows we saw were laying down. We saw a few birds but none were working the shore line. Most were in “rest mode” like this guy. 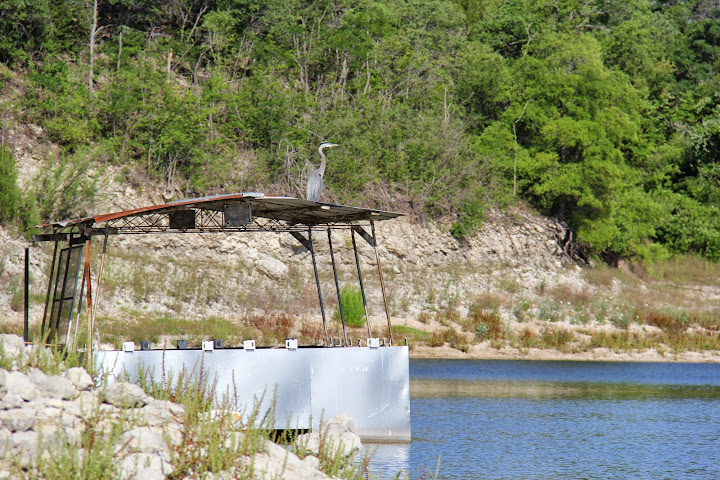 I did miss what I thought to be a good fish.  I was resting, eating a peanut butter cracker after I had cast to a little lay down out in front of the boat.  The next thing I knew, there was a “zing” as my line raced past the back end of the boat.  I nearly had my rod jerked out of my hands.  I tried to set the hook, and I got a solid “stop.” but then it popped loose.  Just the way it goes some days.  Maybe we should have been fishing slower.   All the fish we caught were feisty.  I don’t know what we would have done if we had caught a 3 or 4 pounder.

We stopped back by the Pit Stop and picked up a burger and fries and headed to the house….  On the drive home we noted that the cows were feeding.

All in all.  It was a great day on the lake… most any day is a good day on the lake.  But today was great, we caught a few fish and we didn’t have any mechanical issues.

The ramp at McCown Valley Park was in good shape.  The recent rise in the water level has helped.  The ramp at Cedron Creek Park was still open as well.

The lake was great.  Come on down, the water is fine.