Well, it looked like the perfect morning….   And, from the looks point of view, it was.

We were fishing today… but just fishing… not catching so much.

The Boss and I hit the road this morning about 6:15, stopping in Keene for a couple of doughnuts and coffee.   The trip to the lake was uneventful, though the traffic around 6:30 is a lot heavier than it is at 5:30 in the morning.

We fished the mid-lake areas.. near McCown, Cedron Creek, and the Bee Bluff areas.  We fished some top-water, but not much.  There were some shad working out in the lake at the mouths of the creek, but the action was scattered.  There were no gulls working.  And the blue heron and cranes we saw were mostly watching, not fishing.

Here are a few pictures from this morning:

Blue Heron and a crane

We thought we might find a fish or two here since there were a couple of birds working the area.. but if they were there, they didn’t want anything we were pitching.

These guys wanted us to feed them…  they were not so lazy that they didn’t follow us around, but they were depending on us rather than hunting their own food. 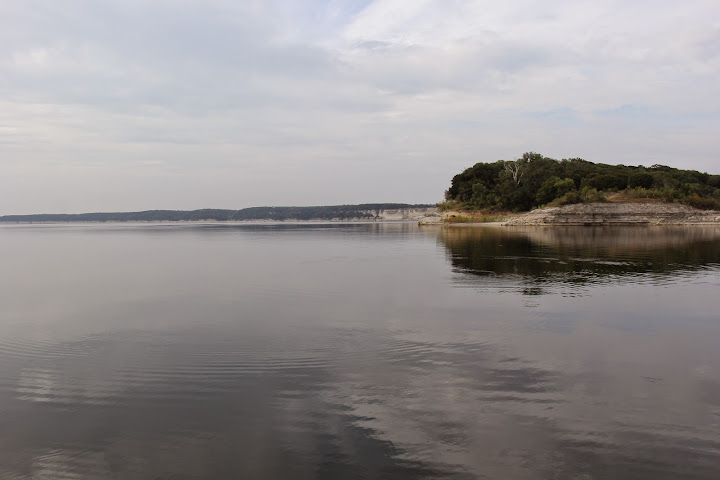 You could have shaved using the lake as a mirror… 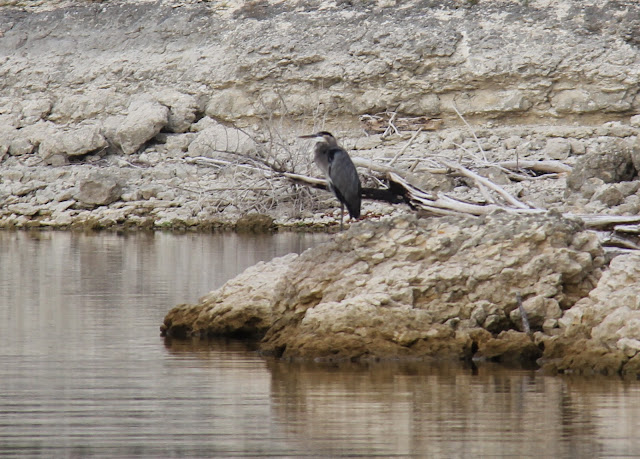 Keeping the watchful eye out.. or sleeping standing…

It was a picture perfect day on the lake… but it was all fishing, not much catching.   We only saw one other boat and it launched from McCown around 10 a.m and fished up near Bee Cove for whites.. or so it appeared.

The ramp at McCown Valley Park is still in good shape.  There is a pretty good ridge just near the end of the dock that has formed from the prop back-washes..  it is clearly visible but we had no problem with it.  You might want to remember that several of the parks close for the winter.. Cedron Creek Park is one of those that will close September 30 and not open until next spring.