It is probably just us…  if you looked up “amateur fishermen” on the Internet, you would find our picture right by the definition…    In fact, out luck this year has generally been best described as “terrible.”  I don’t even know if we could be classified as fishermen.. well maybe fisherman, but not catchermen.     I guess we should feel really, really good about those times we went and caught lots of bass and were throwing back multiple 7 and 5 pounders on trips…  Yep, those were the days.  Good old days… just didn’t believe that we would be making repeated trips where we didn’t catch fish.

But anyway, Friday afternoon, we went to the lake.  Got there about 11 a.m. and fished until 4.  We zeroed.   I had a half dozen bites, two of them pretty good bites, but did not manage to hook up with any of them.  However, we did find fish on the fish-finder this trip which is a big improvement over what we had been doing…

The cows were laying down and not feeding on the way down to the lake…  but they were up and feeding when we were on the way back.   Maybe we should have stayed longer.

The stats for the day were: 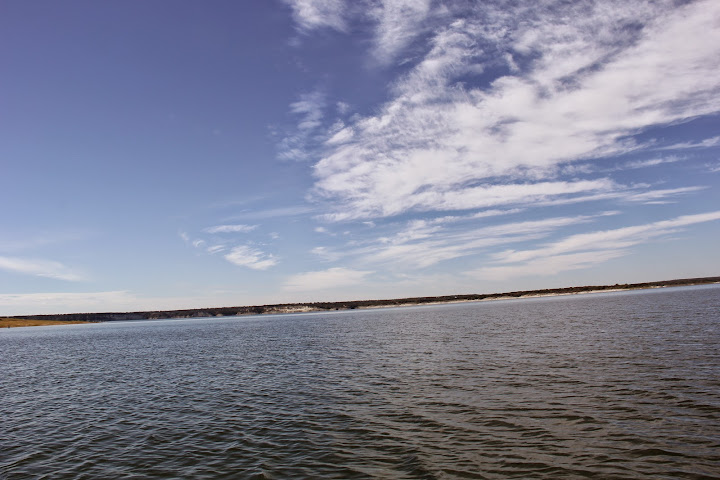 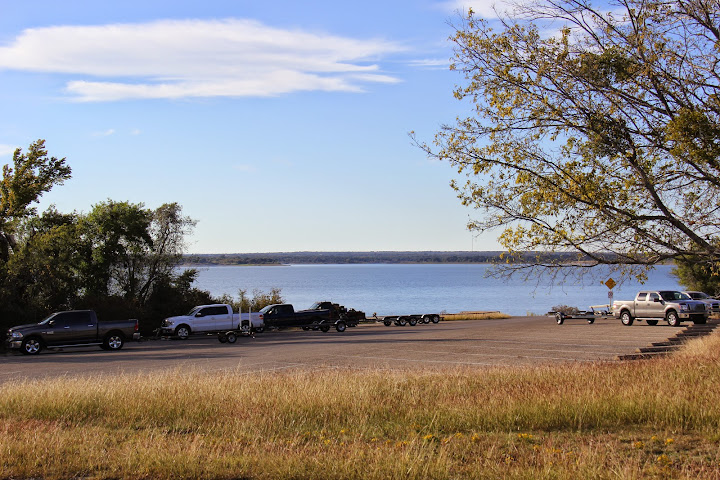 We fished some areas and locations we haven’t fished in a while, trying to locate a few fish.  I fished some Rattle-Trap in search of fish, but had no hits.   I also fished a C-Rig on flats by creek channels quite a bit but had no bites.  The Boss started with and stayed with a T-Rig.   I also went to that and that is what I got my bites on.  All of my bites were very soft, as in the fish were on there when I picked up the worm.. although in one case, I had what we call “a grab and run”..  set the hook but all I got was a naked hook… took my worm.   The fish I saw on the graph (and where I think I was getting my bites) were in 6 to 15 feet of water on top edge of ledges along creek channels.  There were no shallow fish and no deeper fish.  Most were at the mouth of creeks.   Bait fish were scarce.   We saw no birds working while we were out on the lake.  The fish we located on the finder were on the windy side of the lake.  There was nothing on calm side of the lake.

But, we were NOT CATCHING…  we were just fishing and enjoying the lake and outdoors.

McCown Valley was starting to load up with campers when we left..   There were just 2 or 3 visible when we launched before noon, but quite a number when we returned at 4 p.m.   The weather is really nice so I think those folks were in for a great weekend.