Some days (actually most days when I think about it) are great days to be alive.   Today was one of those days. 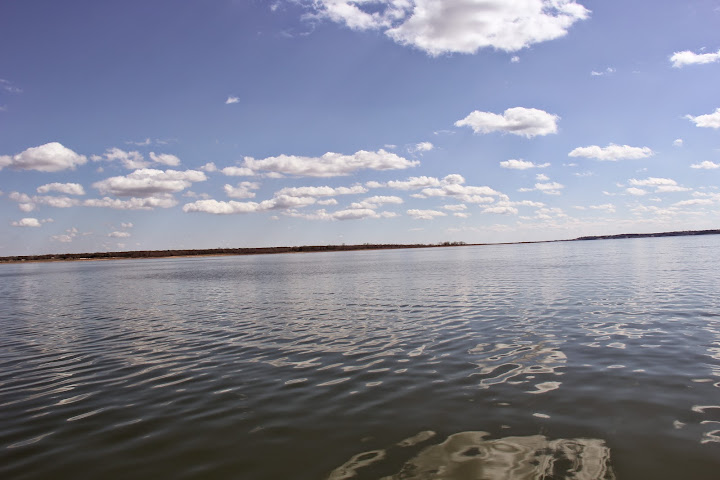 Great Day on the Lake

We had planned to go to the lake today because the wind was going to be down… and I have a doctor’s appointment on Thursday… so Thursday was out.  And, we had planned on waiting until about 10 or 11 to head down to the lake…  that is we were going to wait until it warmed up some.  But, as The Boss was fixin breakfast, I went out and fed and watered the dogs…   Man, even though it was 35° or so outside, it was just great.  Not a bit of wind.   So, I alerted The Boss and while she picked up the pace on breakfast.  I started getting stuff ready to go.  By 9 a.m. we were rolling out the gate.

On the way down, we noted that the cows were feeding everywhere we passed them… just like last week.   Things were looking good.   About 9:45 a.m. we rolled through the gate at McCown Valley Park and it wasn’t long until we were on the lake.   We were the second rig in the parking lot. 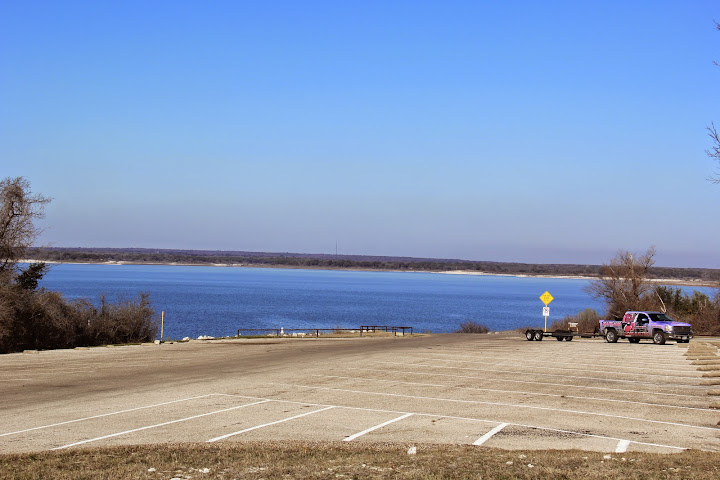 Now this looks nearer to normal for the middle of the week on Lake Whitney…  looks like it might be our private lake.   And, unlike last week, we did not see a lot of folks on the lake today… maybe just a boat or two.

The stats at launch were:

But, I was concerned about the 5 or 6 degree drop in water temperature versus what it was last week.   I told The Boss we would fish just rocky points that were in the sun.   This turned out to be pretty much right on target.   We caught 3 nice fish in the first hour and a half.

A few minutes after my first fish, The Boss put one in the boat.

And, we were getting some good bites… solid taps.  But, things went south for me…  I could not get a hook set.   But, The Boss was doing OK…

Yea, same fish, she just wanted it shown both ways…..  so she could pick out which one looked the biggest.

She was a pretty happy camper.  Though she didn’t complain much, I think the 8-0 day last Wednesday had left her a little bit on the grumpy side.    All these fish were caught off the same point.   We worked several other points, including this one with T-Rigs, C-Rigs, lip-less crank baits and suspending crank baits.  The fish bit on nothing but the T-Rigs.

We picked up 3 more fish…   The Boss ended up with 3 fish, I had two.   The last 2 fish were short fish… but they were fish and we can’t complain about that.  As I said, it was a very nice day weather wise, and we were even catching fish. 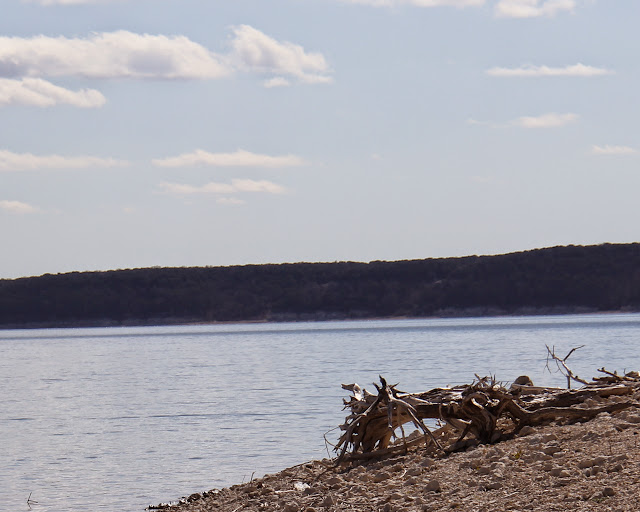 As I noted, we fished from about 10 a.m. until 4:30.  It was just a great day on the lake… an easy fishing day… spent most of our time in just a few locations where we thought there would be fish.. turned out there was only one spot with fish…  As Bill Wilcox says, never leave fish to find fish.   We left, then came back and caught the last two…. they were just smaller.  We only found fish on one rocky point.

Maybe the lake is turning on.   There were a lot of fish caught in the BLT and there were some nice sized fish caught in that tournament last Sunday… I wish we had made the weigh-in and had taken some pictures.. but, it is what it is… just old folks with muddled minds….  Fortunately today we were able to find the boat ramp and the pickup (hey, there were only a couple of others on the ramp) without much problem.

Here is a little park info:      The McCown Valley Park will be closed to everyone EXCEPT BOATERS and BOAT LAUNCHES on March 2nd and 3rd.  The park is being sprayed and treated for something or other.