We thought about going to Whitney….   but when we are catching fish, it is hard to change…  we are “catching” fish..  and that makes it fun.  We will get to Whitney in due time.. maybe when the wind dies down consistently.

We fished both Friday and today (Friday) at Aquilla.   While the results were not outstanding, they were good and we really enjoyed the fishing.  I think we caught two keeper bass each day and a couple of short bass.  We also had plenty of bites and let several good fish get off at the boat…  grrrrrr!

Here are pictures of the keepers we caught… 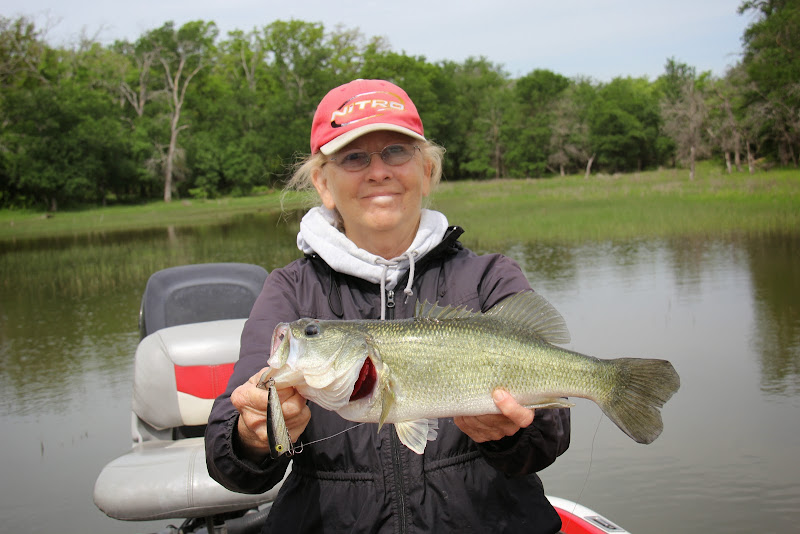 The Boss boats one on a Pop-R 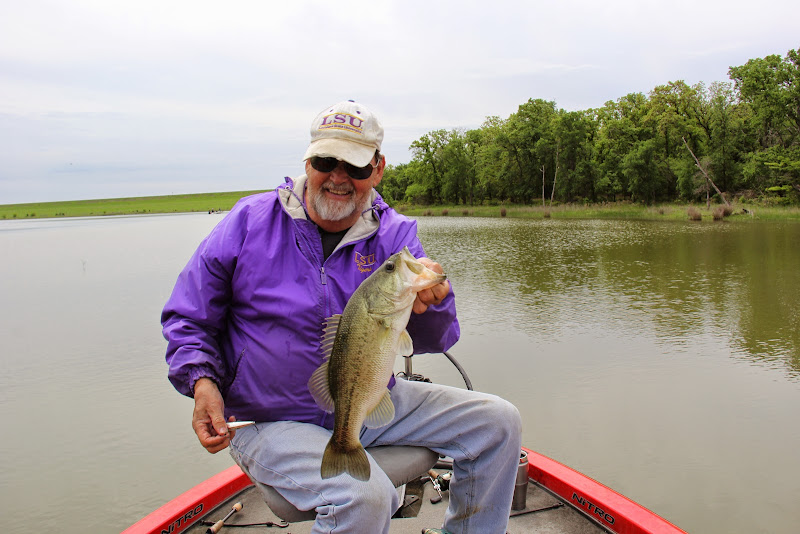 Those were Friday fish…  Now the Saturday fish… 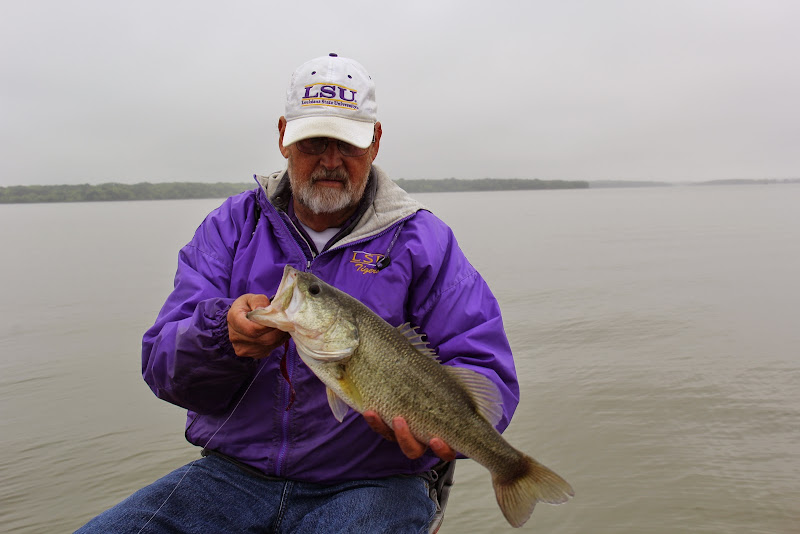 I was lucky to get this fish in the boat.. It ran under the boat and caught the line in a fracture of the keel guard.    Fortunately I had just put on some new fluorocarbon and it held… After a few tense minutes the fish worked itself free and The Boss got it in the net. 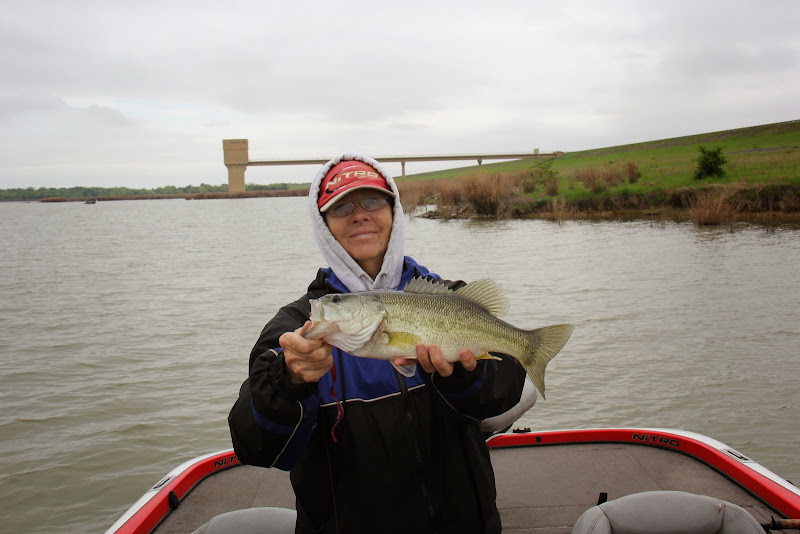 This one puts a smile on The Boss’s face

Today, we also found schooling whites… large ones down near the dam.  They ate our crank baits for a few minutes.   I think we caught a half dozen or so.  They fought hard and were fun for a few minutes…  and then it was back to some more relaxed worm fishing.  And BTW, I did loose a nice black bass at the boat that I pulled from the school of whites…   very frustrating.

We caught fish on top water, T-Rig and crank baits.   A friend had recommended the KVD 1.5 and so The Boss and I invested in one for each of us.  After today, I labeled the lure a $6.00 frustration package.   The bass bit it good…  we had several fish on with them, but they pulled off before we could get them in the boat.   I hung one today that I was never able to see.. it made a run from shallow water to deep water pulling off lots of drag, then I worked it back to the boat.  It went under the boat and pulled off…  just very frustrating.

Both days were cloudy and cool. Air temperature started in the 50’s and warmed to the the 60s.    The wind started at 5 plus both days and then calmed.   In both cases, the bites were hard to come by until the sun started to come out and warm things up.   The water temperature started around 60 degrees both days and then warmed to the high 60s.   The lake had been muddy due to the wind and the rains, but it is now clearing up, especially in the shallow grassy areas.   The lake level is near pool stage, about 5 inches high and it is falling.   We have  heard the sirens go off when the Corps opened the locks once or twice.

The scenery at Aquilla is great now…  here are a few samples. 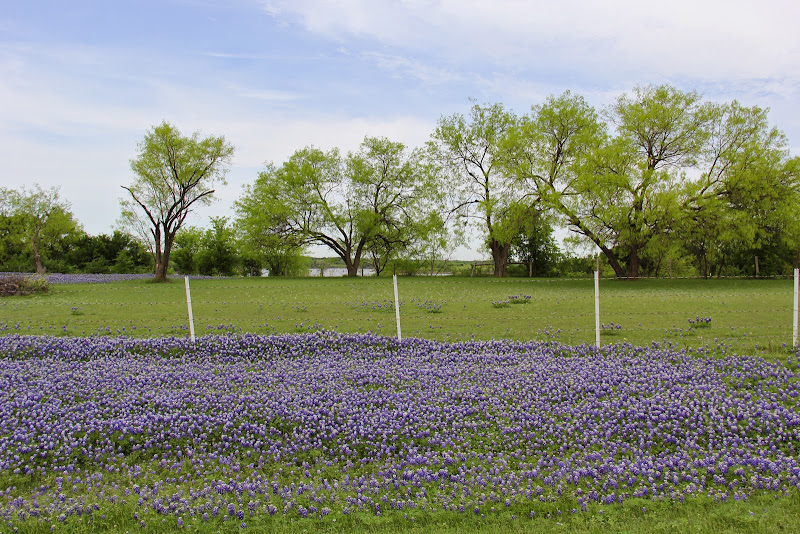 Blue Bonnets at the gate 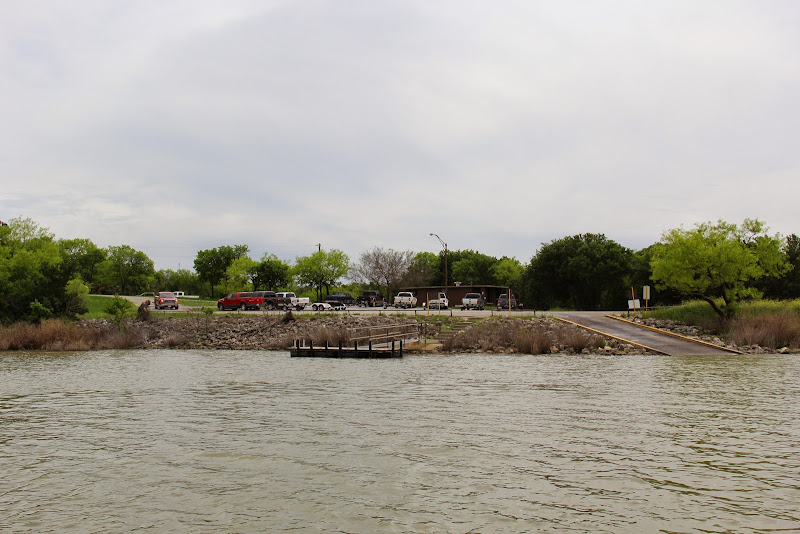 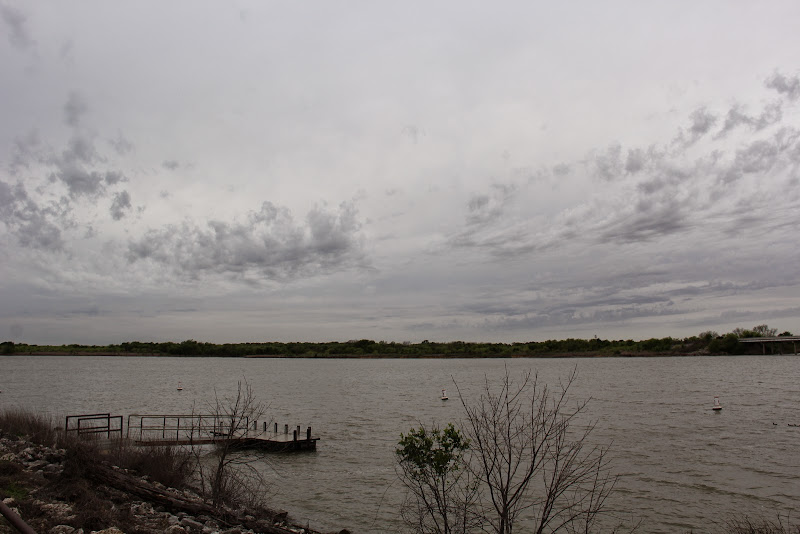 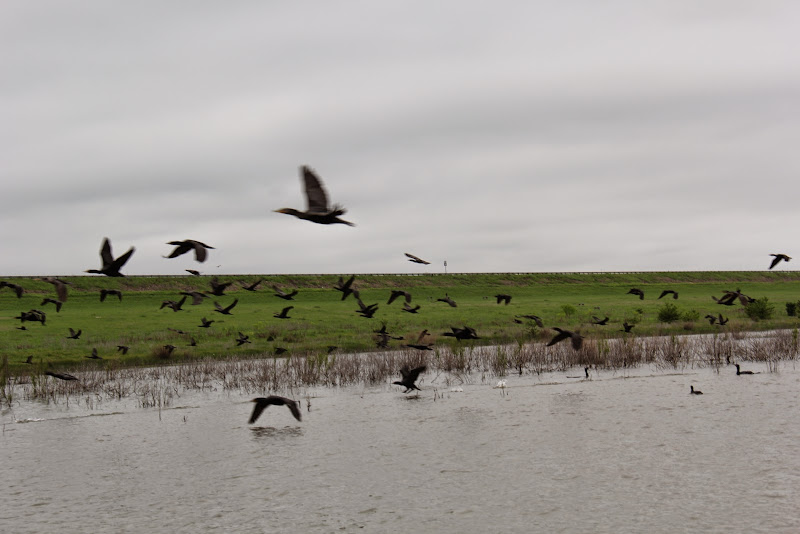