Yep, that was The Boss on the cover picture….  She squeezed in some picking and grinning Thursday night.  In between an Aquilla trip on Thursday morning and a Whitney trip on Friday morning….  She is hard to keep up with.

The Boss is a mulit-talented woman.

She was raring to go fishing Thursday morning. Like me, she was tired of the rain and the wind and the storms and all that stuff. She was ready for that tap-tap. She was ready for some c-a-t-c-h-i-n-g! Not just fishing, but some catching. That is why we elected to go to Aquilla.  Also, we had checked the water levels and Aquilla had come up only a few inches while Whitney had jumped about 3 feet. We figured the more stable the water, the better off we would be as far as “catching” goes.

We arrived at Aquilla about 7:15 on a cool morning. The Boss was wearing her semi-winter stuff. 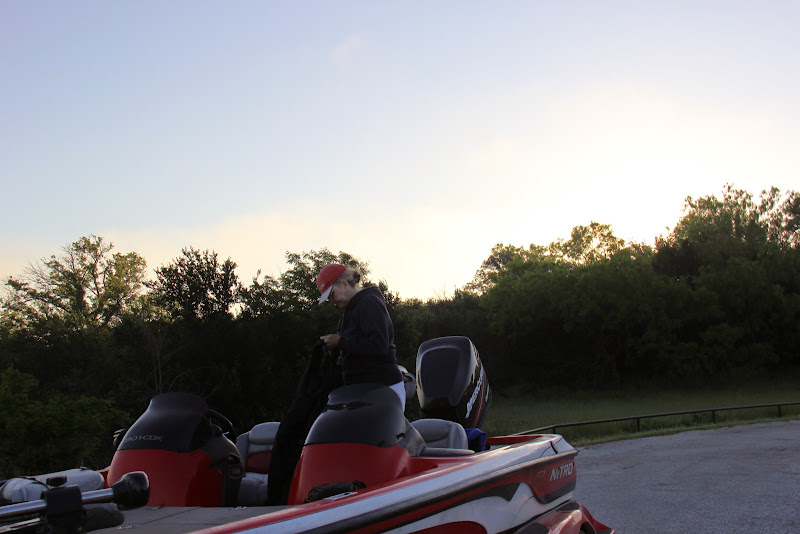 It looked to be a great morning.  There was one other vehicle in the parking lot, but it was not towing a trailer.  We were the first there. 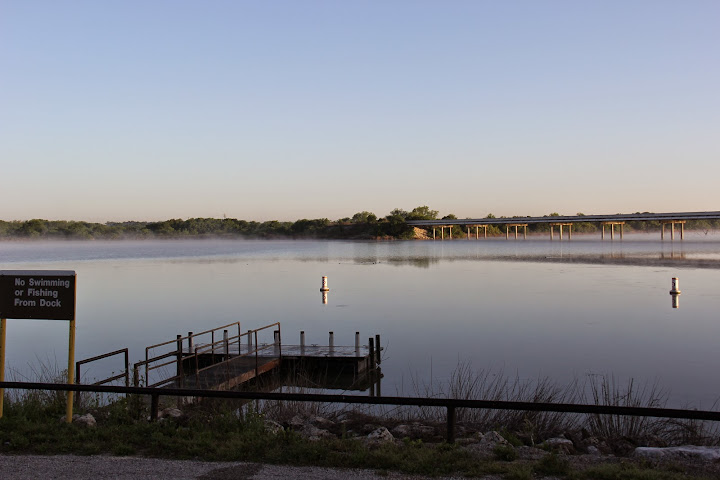 We had had some luck the last time on Aquilla down near the dam so we headed back down there first.   But, we couldn’t get a black bass bite at all.  We fished top water, crank bait and T-Rig in all the usual spots.  Nothing.   But, the white bass were everywhere.  In the shallows and in the deep.   We couldn’t keep them off our lures.   There were some nice sized ones tearing up our KVD 1.5s and our top water lures.  At first we were throwing them back as I don’t usually like to clean a bunch of them.  But, then The Boss suggested that we could take a mess to the blue grass jam in Hillsboro Thursday night.  So we started keeping them.   Total, we must have caught 25 or 30 nice whites.  There was plenty of fish activity and lots of birds working.   We fished from 7:30 until noon. 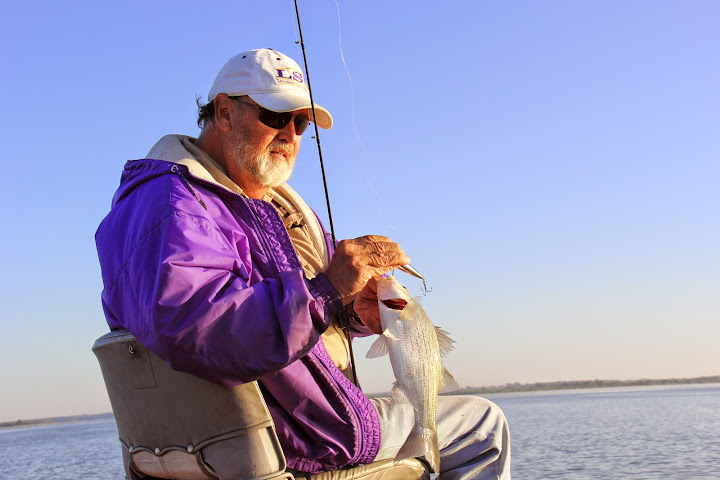 I caught 3 sets of doubles.. .that is two at a time. They just loved that little KVD 1.5 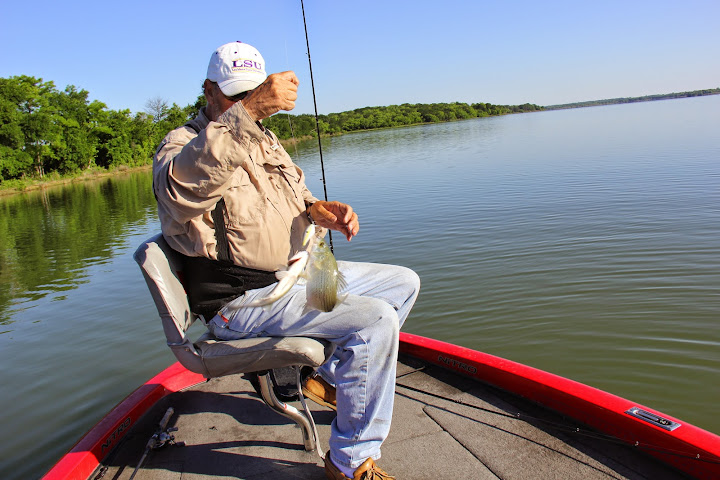 I don’t recall having more than one bite on a bass and it came on a top water. 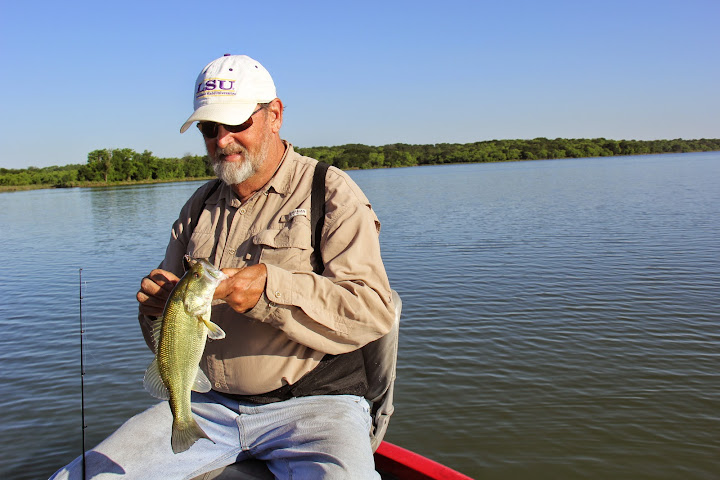 We ended up keeping 16 white bass.  We came home and cleaned them and The Boss fried them up for our “bring a dish” at the blue grass jam.  She got lots of praise for her fried fish.  Not only can she catch them, she can cook them up .

This morning we were up early again, but we headed to Whitney to see if we could find some bass.  The stats this morning were: 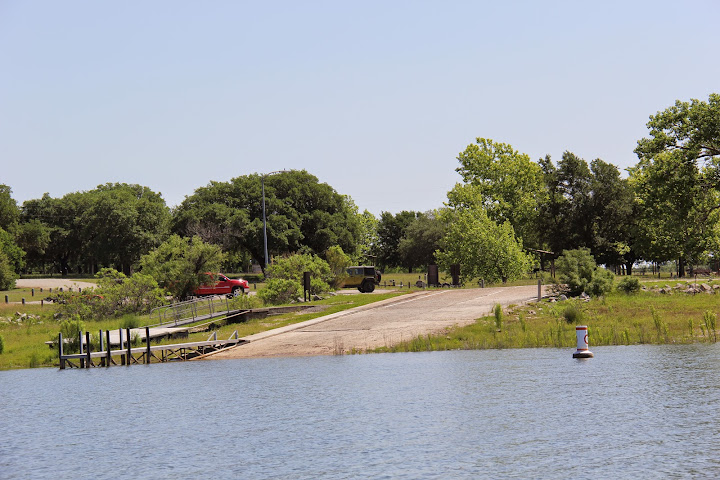 The ramp is in great shape.  Only two other rigs used the ramp this morning.  For the most of the morning the lake looked like this: 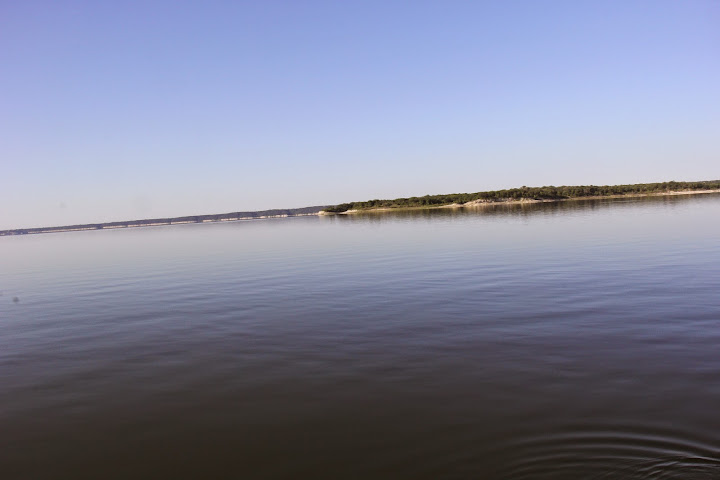 We boated 5 black bass today and lost two more at the boat.  All the fish were small. 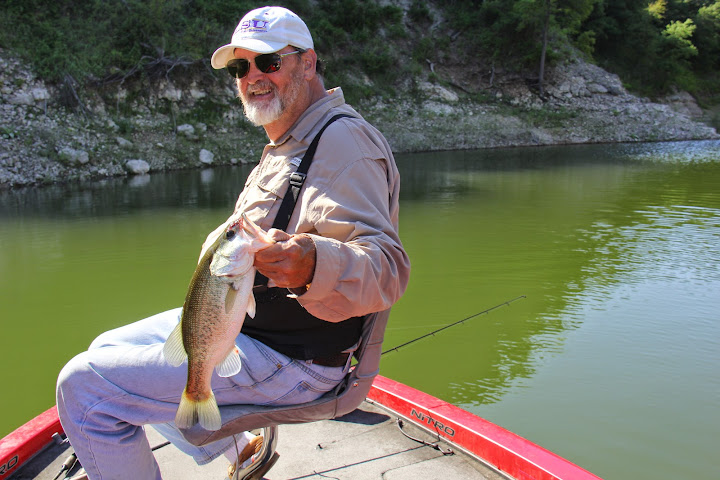 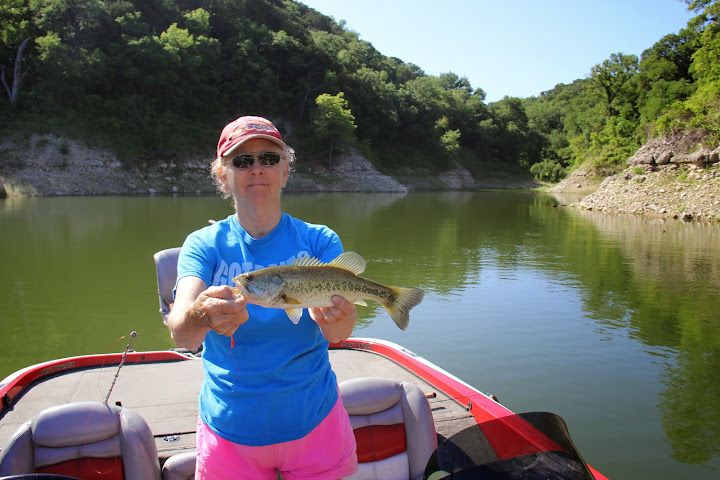 On Whitney today, there was virtually no visible activity.  No fish turning and no birds working.   We worked hard to find fish and they were widely scattered.

Traffic picked up on Whitney and a number of boats were pursing fish, striper boats and bass boats.

But, both days were beautiful and it was great to be on the lake.   Spring time in Texas, you can’t beat it.