Well, we were able to get on Aquilla again… hey, it is back on the water and you can’t beat a morning of bass fishing….

Lake Whitney is still 16 feet high and the parks and ramps remained closed…even the privately operated marinas are closed as of the last report I got.

I hardly slept a wink last night… kept rolling over and checking the clock.  3 a.m., 3:30 a.m., 4 a.m….   finally at 4:58 I could stand it no longer.  I jumped up, turned on the coffee pot and got The Boss rolling…  well, gently got The Boss Rolling.  It was a half hour earlier than I had told her we were getting up.

I am not sure when the ramps were opened up at Aquilla.  Rumor had had it that they were going to open last Saturday.  An email check with the Corps of Engineers came back negative.  Closed was the response on Friday.   Monday, I saw a post on the Texas Fishing Forum from someone who said they had talked by phone to the Corps and had found out that they opened the ramps on Monday (yesterday).  Well, it is a 50 mile drive down there, but hey, we took the chance and it paid off.

The conditions at the lake were:

The ramp at Dairy Hill is in good shape, though the floating dock is not usable unless you want to wade in 18 inches or so of water to get out too it. 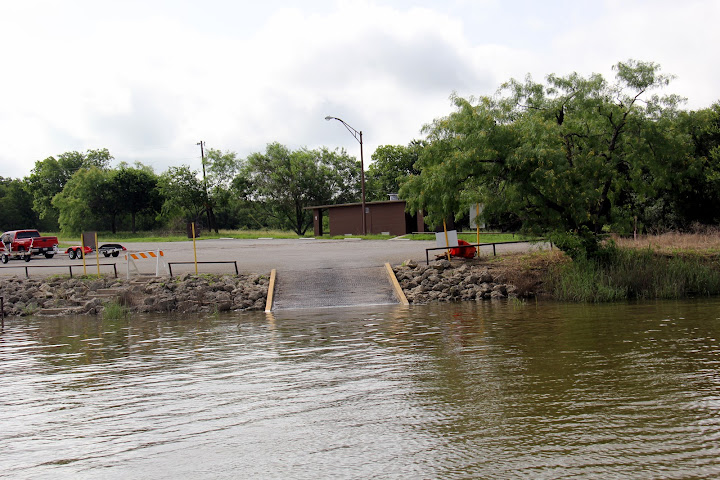 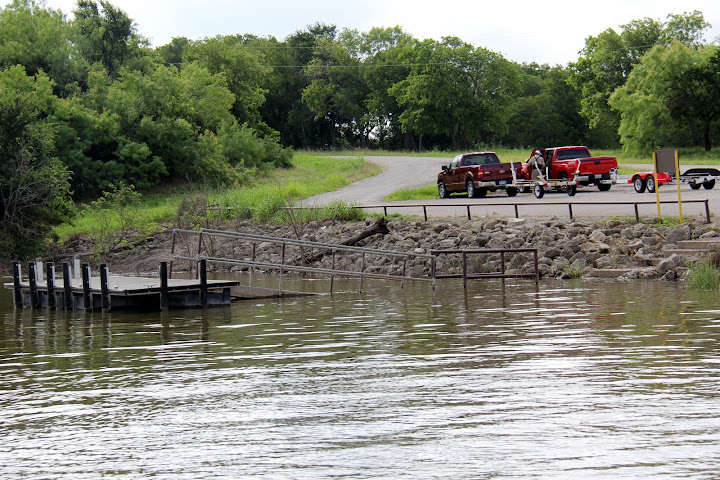 The Corps is releasing water from the lake.  I am betting that within a week or so, the lake will be back at pool stage.

It was one fine morning this morning.. not hot, just a tiny breeze… and sooooooo good to be on the lake. 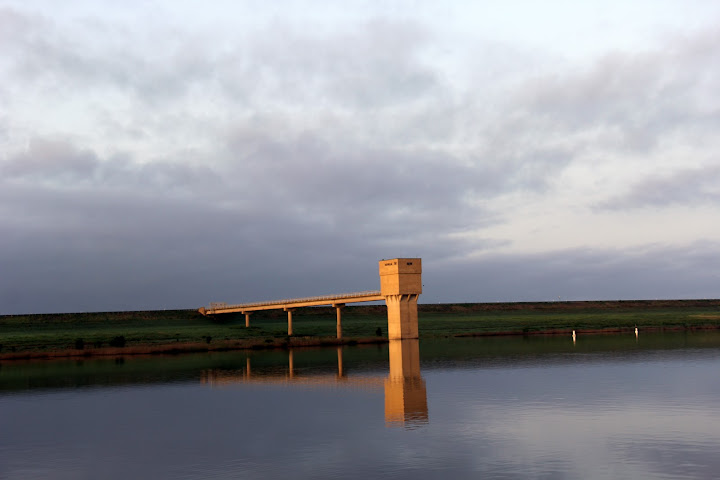 The fishing report is good and bad.. or bad and good. It depends upon your point of view.  The Boss boated three.  I boated none.. not even a tap.   Well, that is not exactly true.   We both caught a ton of whites on crank baits.  We were catching them on every cast as they were schooling down at the dam.   But, then she came up with:  “This one is not a white… it is something else… as the reel was singing with line being ripped off in stripper fashion.   I thought she had hung a cat.   Then the fish broke the water just off the side of the boat…   I saw immediately that it was a big bass.  I had to drop my rod with a crank bait on it and grab the net…  she was already calling for the net.   As I extracted the front running light from the net,  her fish dove under the boat and as it did, her line became tangled in the top water lure I had hanging over the side of the boat…   so, get the net, throw the running light over board, untangle the rod… what to do…  As she screamed something unintelligible… I pushed the button on the top water lure and gave it slack and went back to working on the net.   Eventually, she worked the big fish up to the side of the boat and I dipped it up along with a wad of line and lures…   At least she was happy again.

Her big fish weighed 5 pounds and 7 ounces.   And it was skinny with a huge mouth… obviously a female…. 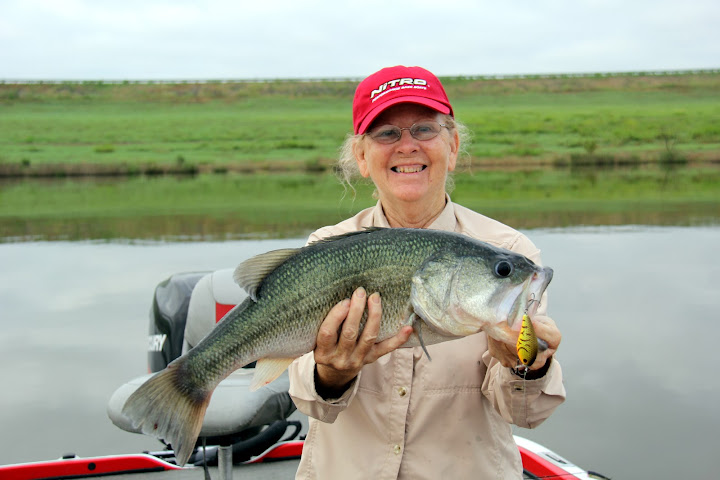 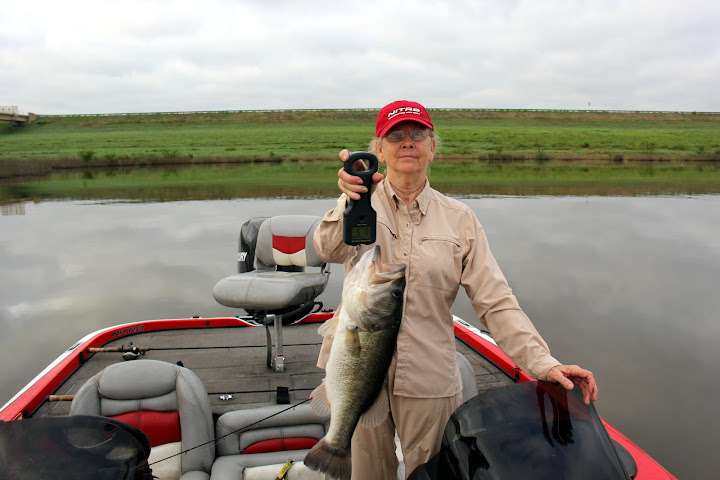 She caught this one underneath the schooling whites….   the old KVD square bill…   and btw, I think she might have caught twice as many whites with that brim colored KVD as I did with my shad colored KVD…..  she loves that odd ball stuff.

All in all it was a great day…  even though I came up with zero, nadda, nuttin…. other than the dozen or so whites I caought.   She caught 3 bass and a boat load of whites.  The whites were all “average”.. no big ones in them.  But as always, the schooling fish are a lot of fun.