Yep, it is Wednesday, “hump day” to the working folks….  just another day to us retired folks.

We had a great day on Aquilla Lake… fishing wasn’t as good as it was Monday, but hey, you don’t have to catch a boat load of big fish to have a great day on the lake.  We just enjoy being out there.   While we didn’t get any pictures of ducks today… I like taking pictures of ducks, we did have a couple of interesting wild life experiences.

The stats for today were:

And, FYI, the Corps is not releasing water from Aquilla. 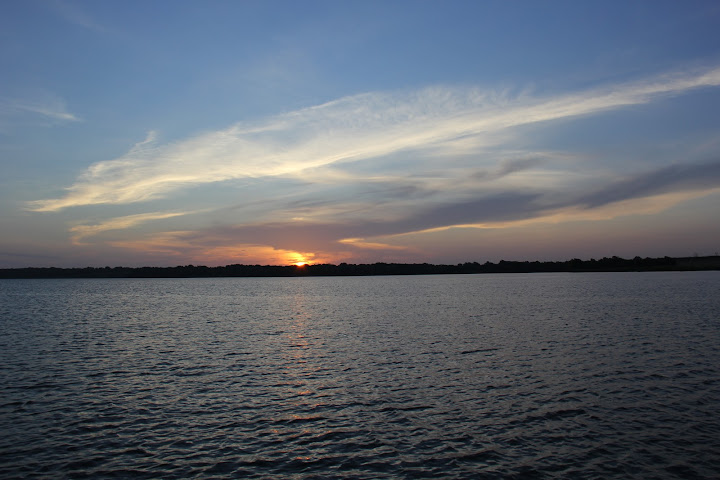 We took a number of pictures, but this is the one we picked.. maybe the best, maybe not….  at least one of the top 2.

We launched at 6:30 a.m. and followed our normal route, fishing our normal spots.  Like on Monday, our favorite location did not pay off.  Not a single bite.  We did find several schools of shad working on the surface, but did not see any fish ripping them.  We tried top water and crank baits in and around the schooling shad, but didn’t get any takers.   We deduced that there were no bass or whites/sand bass chasing them.

We moved on to where we caught fish on Monday thinking they might still be in there today… as we approached it with the trolling motor, I heard a “grunt” or growl on the shore and something begin to crash through the bushes…  At first I thought it was a hog… but not.  Then I thought maybe it was a deer as it was “bounding” along through the saw grass.  But not.  When it finally broke into the open along the base of the dam, it became clear it was a cat.  The Boss said it was a Bob Cat.   My thought is that it was way to big to be a Bob Cat.  And, we both agreed that it had a tail.  A long skinny tail.  We considered the possibility that it could have been a dog or a coyote.  But not.  It was a cat and a very large cat.  It ran to the top of the dam and out onto the road across the dam,then headed toward the spillway.   It was so fast.  We weren’t able to get the camera out before it was gone.  But, it was interesting.  You never really know what you are going to find at the lake.

We fished the area where we caught fish on Monday.  Again, we had a number of bites.  I boated 4 short fish and The Boss put two in the boat.  About all we can say is that they were bass.   When you get that tap-tap, you never know what is going to be on the other end of the line.  We just set the hook and hope for the best.  Today, they were all small fish.

This is the largest we caught: 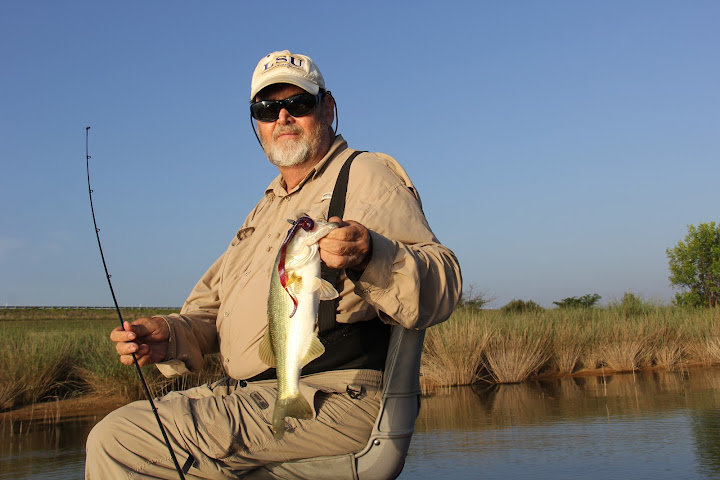 By the way, the cat came from out of that saw grass behind me.   When it was running, its head was bouncing above that grass which I estimate to be at least 3 feet tall.  Just amazing.

The second interesting animal we came across was this Osprey.   He wasn’t nearly as skittish as the cat.  He sat perched in a tree right beside the shore line and he let us get right up under him.  We wanted some in-flight pictures, but he didn’t seem to want to move.   Finally he did and we got a couple of photos, but as usual, we weren’t prepared when he did decide to go. 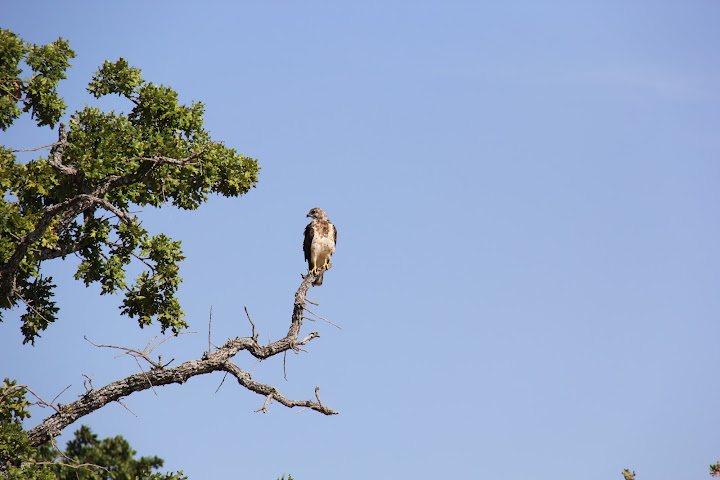 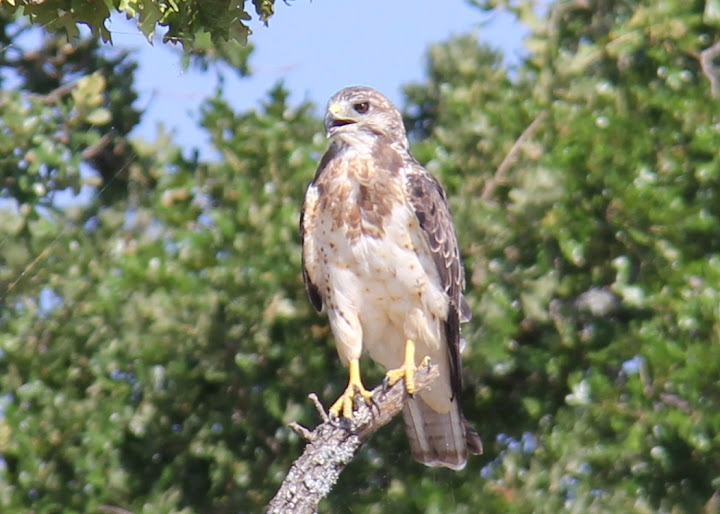 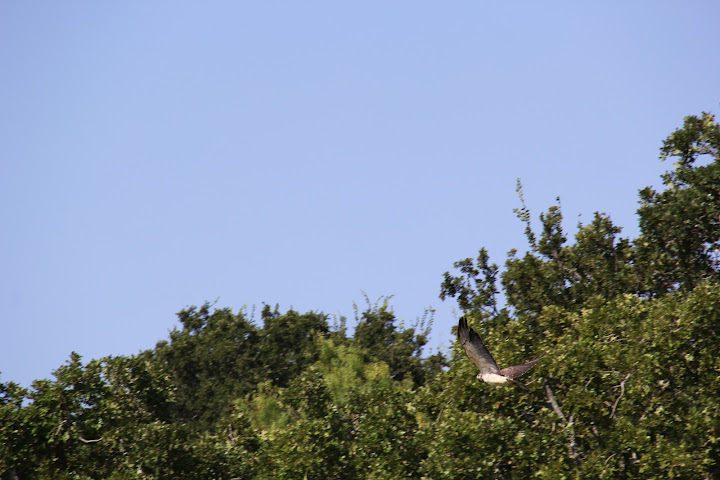 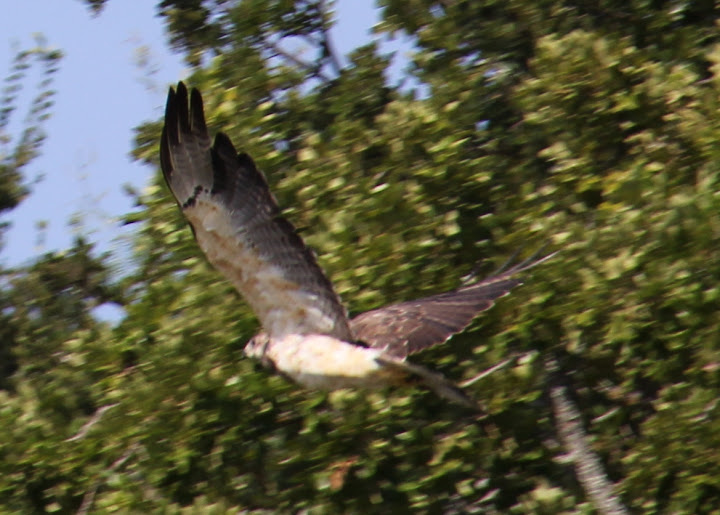 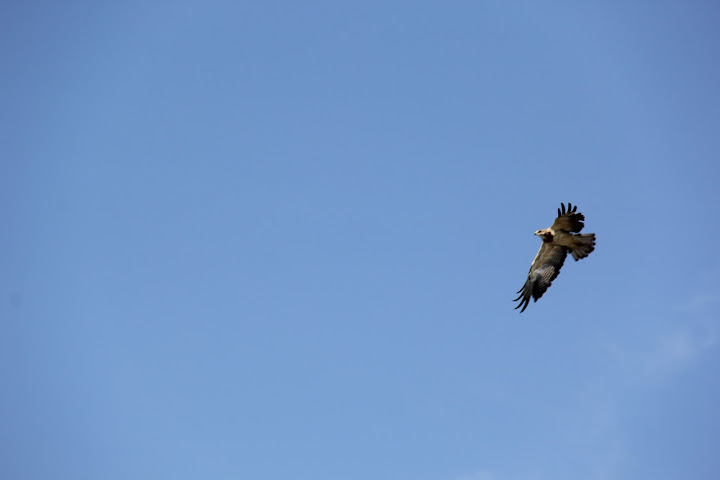 Osprey are wanna be eagles.

Just great stuff being on the lake.

Again today, as it was Monday, we caught all our fish on T-rigs.  Plum worms.  What can I say.  I doubt that we would catch them on any other color since we don’t throw any other color.   But as we started the day off, I would fish with top water and The Boss with a crank bait.  Then she switched to a worm and I switched to a crank bait.   But, the only bites we had came on the worm.  The pattern was easy. Just any grass clump or stick up was a potential spot.  The fish were holding right up tight to the structure.  Just like on Monday.

There were not as many folks fishing today.  I think I only counted 3 other rigs on the ramp.  None fished down near the dam where we were fishing.  They probably knew where the fish were as we did not.

But, fish or no fish (well, I don’t know if you can count short fish)…. you just can’t beat a day on the lake… as long as it is not work, that is what counts.