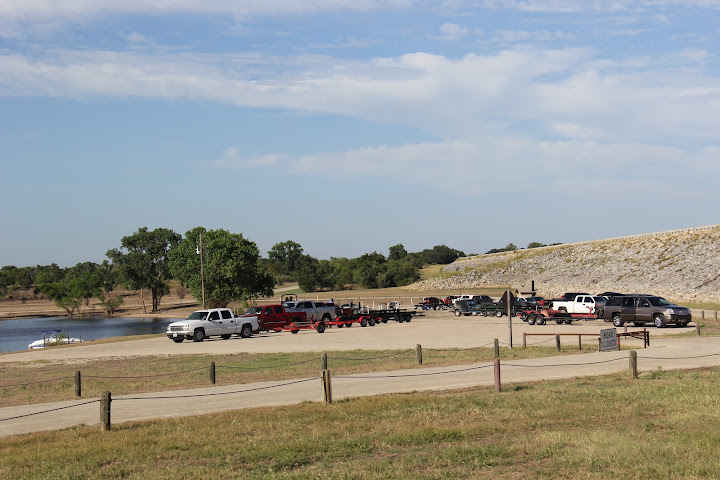 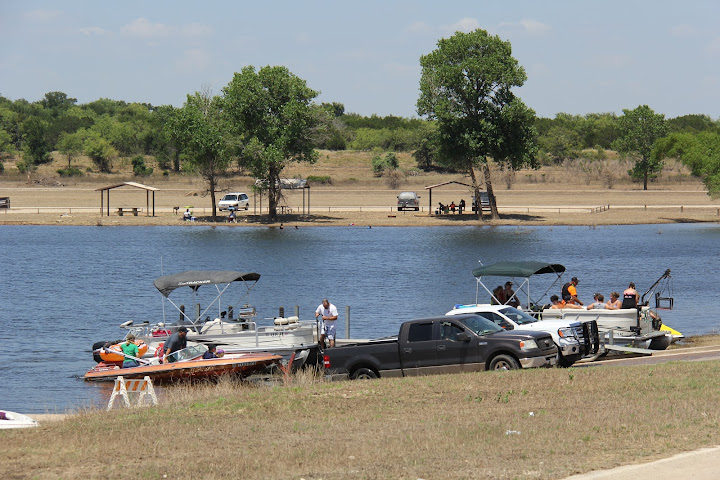 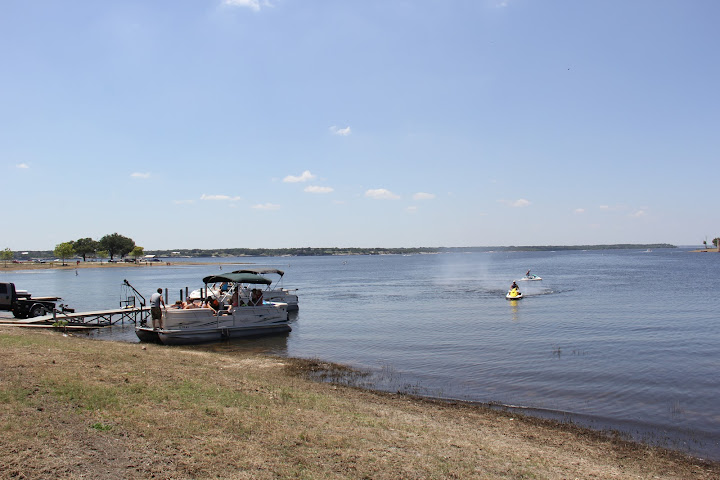 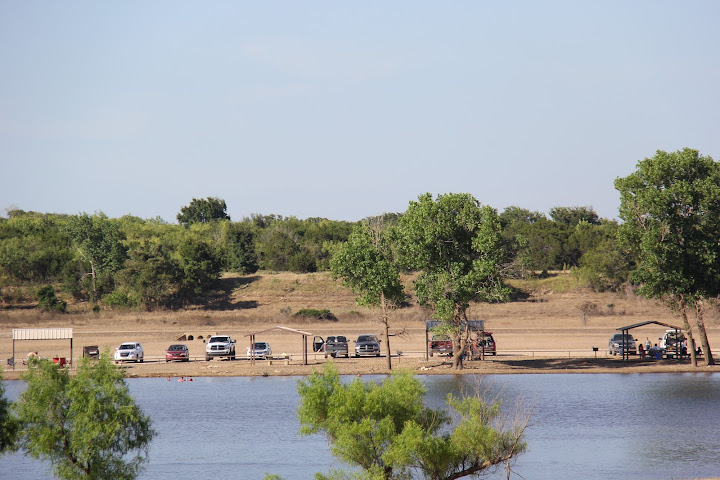 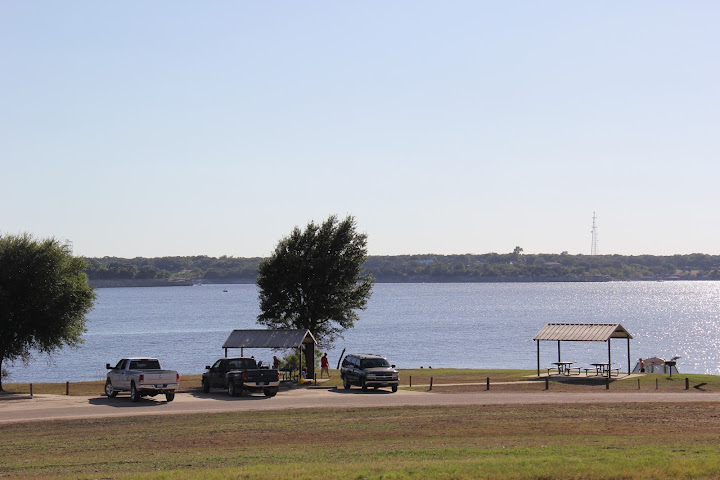 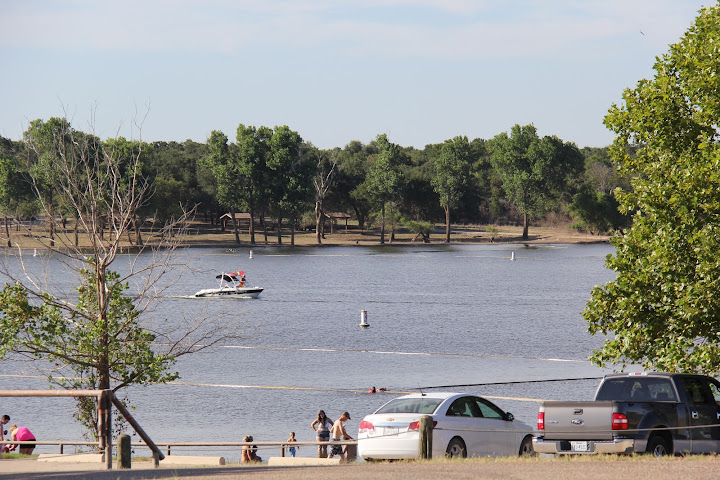 We had gone down for the Media Bass weigh in but missed it.  We did visit with Gordon Stauffer with Media Bass.  He said that 5 boats had fished the tournament, but only one boat brought in fish.  I believe he said they weighed in 4 fish for a little over 7 pounds.  Another boater said that they had lost a big fish, 5 or 6 pounds at the boat while trying to dip it up in a net.  I know how that goes, but fishing ain’t horseshoes.  I can tell you that by 2:30 when we visited with Mr. Staufer, it was HOT out there 97° as I recall….  pretty hot for fishermen, just right for the recreational boaters and swimmers and there were lots of them.

Texas Parks and Wildlife had a little tent set up at the top of the ramp for “Boat Inspection.”  I asked what they were inspecting for and they said Zebra Mussels.  I asked if they had found any and they said “No.”  I showed the young lady there my arm muscle, and said here is a muscle, but she wasn’t impressed.  The guy with her, actually laughed.  He looked like a body builder.

The word we got is that the all the private marinas are open, though there is still clean up going on in them, especially Juniper Cove which was hit not only by the flooding, but a tornado.   Lofer’s Bend East, Lofer’s Bend West, and Soldiers Park are Open.   McCown is rumored to be opening on July 31.  The Corps of Engineers is working on all of their parks.   Also, I heard via email that Chisholm Trail and Nolan River parks were open.

We also stopped by Harbor Master Marina and it looked great.  There were some deer feeding as we entered the marina and we couldn’t resist some pictures. 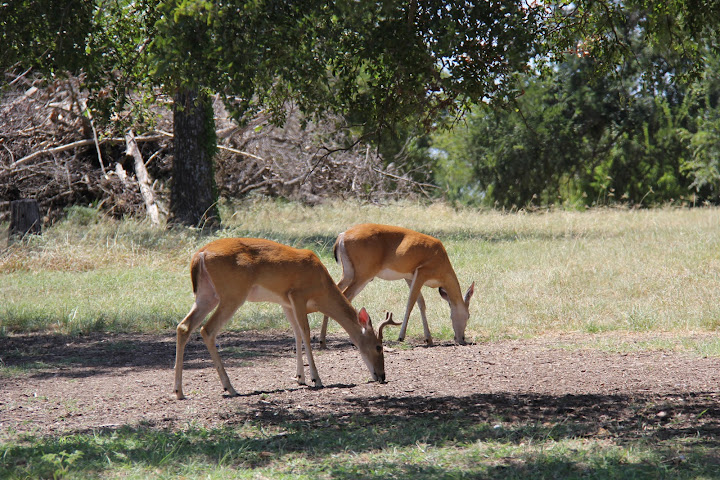 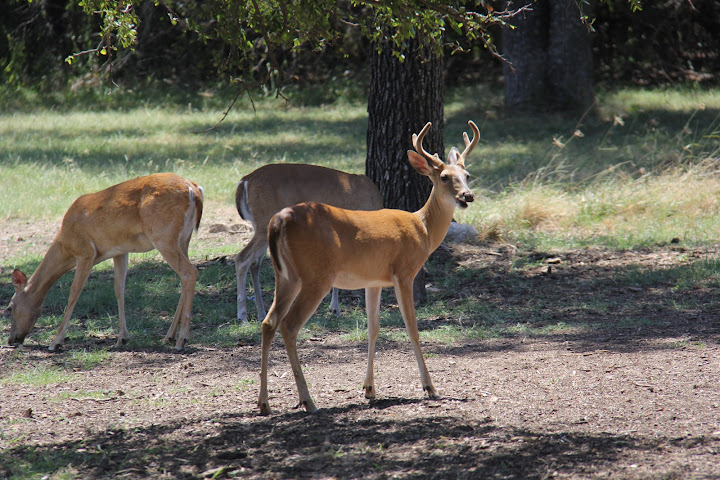 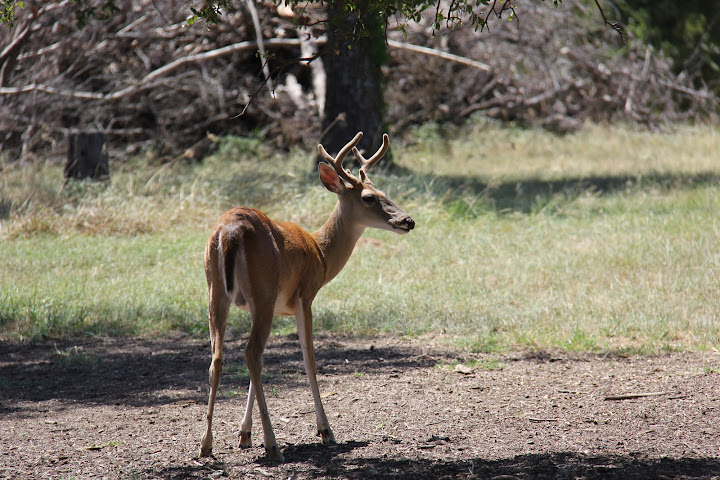 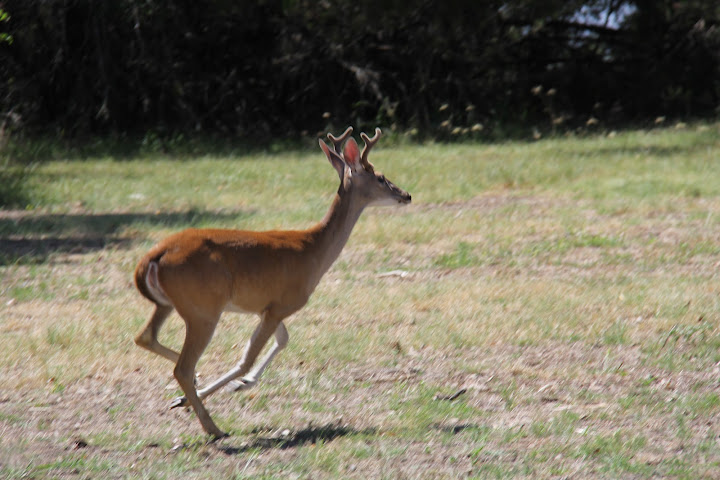 I am looking forward to when The Boss and I get back on Whitney.  We sure have missed it.

By the way, we had supper over at the Bosque Resort.  We had their shrimp platter.  The shrimp were delicious and they were HUGE!  Man what a great place to eat and it is right there by the dam in Laguna Park… convenient!