I am guessing you are not believing what you are seeing… a post form The Armadilla…. Yep we were back on the lake again today… first time in some time…. 2015 was just a bad year… floods, illness and just “stuff”.. could not get there from where we were….

But, we made it today… made the trip down and back without a hitch… used my buddy’s, Keith Jones, trick to check the hubs, felt of them as soon as we got to the lake and they were as cold as ice… no problems.

We arrived at McCown Park about 9:30 a.m. No need to hurry when you get old.. the lake was still there and looked really good.

We hung around close to the ramp… the boat had not been out in some time and I didn’t want to make any long runs and then find out that the boat had issues and have a hard time getting back to the ramp… shoot The Boss has a music gig tonight and we can’t be late for that.

The ramp was kinda busy when we got there.. a couple of guys launched just before we did and a couple more followed pretty quickly.  The ramp at McCown is in great shape. 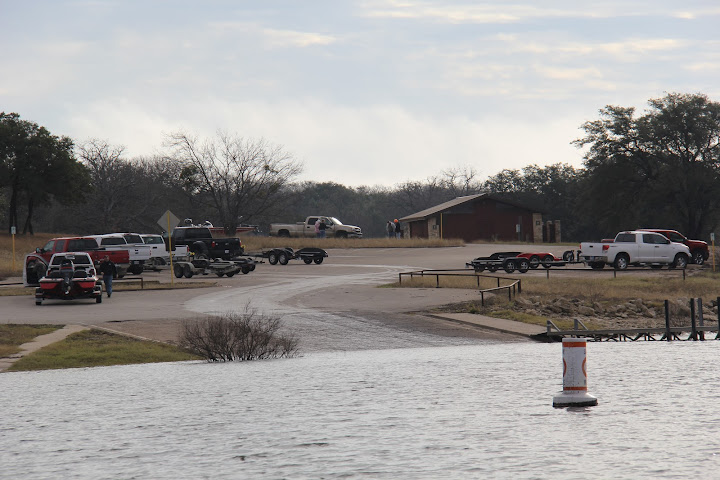 We fished the rip-rap at the Katy Bridge.. by the way they are sand blasting and painting it… looked to be a pretty big crew working up there…  crazy guys and gals… or at least some of them sounded like gals…..  It was a little windy on the west side of the bridge and The Boss wanted to be out of the wind so we moved back to the east side.

But the pocket on the side of the bridge turned out to be a winner…  I think we caught 5 out of there in a matter of minutes… The Boss told me I had an audience… there were folks on the bridge and on the hill watching us…. 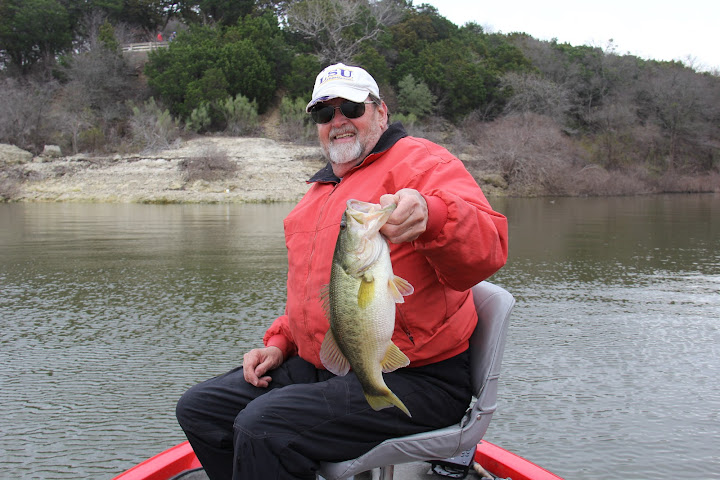 I am not really that fat.. I had on 3 layers of clothes and a life jacket under the coat….   I have actually lost weight….

It was great fun.

Lots of folks out on the lake…. and not much racing around… I suspect that if we were catching fish everyone else was as well….  especially since we didn’t know what we were doing….

Here are some “wild life photos for those who like them… 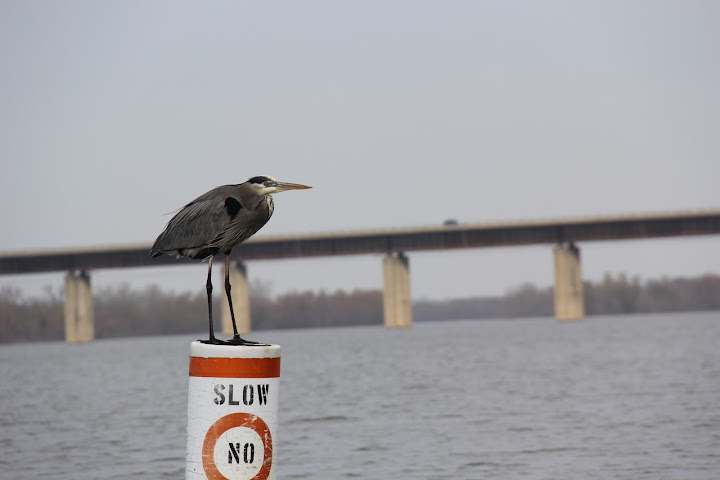 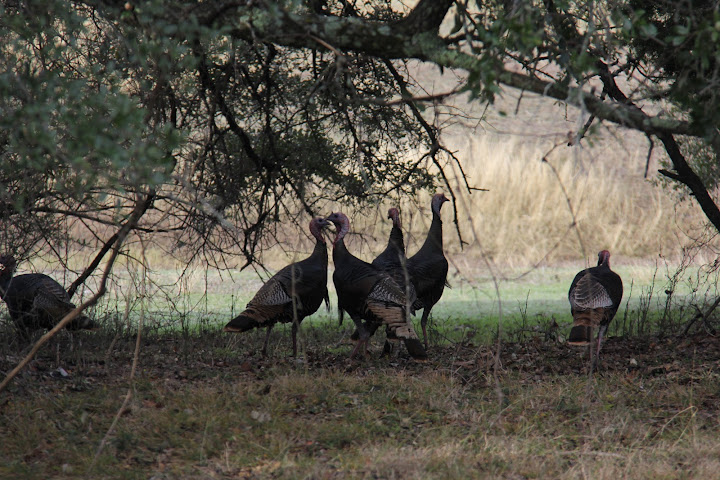