We have not been on the lake in a few weeks because of the heat and the fact that we didn’t like the condition of the boat ramps on Whitney Lake.  Suffering a major case of fishin’ withdrawal, we made a trip down this morning to take one more look at the ramps.  GREAT NEWS!!!!   We found that the Corps has done some work on a couple of the ramps and one tried and true one was still working.  There were a half dozen or so trucks and trailers at each ramp.

Our first stop was at McCown.  We did not expect it to be open.  We had been here a couple of weeks ago and it didn’t look to be in such good shape.  We could see a shallow sand bar out from the ramp and a jet ski operator had been walking around on the ramp and he told us there was a 6 inch drop off not too far out.   Well, the gate-keeper told us that the ramp had never closed and that this past week the Corps had brought in some heavy equipment and done some work on the ramp.  Some of that work was visible out to the right of the ramp.  Apparently, they had a front end loader or a back hoe or some such and worked on the ramp and the access.  It didn’t look perfect, but clearly the middle ramp was open.  The Boss waded out and checked it.  She advised that the left side was sandy and the right side more rocky, but both appeared to be very usable.

Here are the McCown ramp photos: 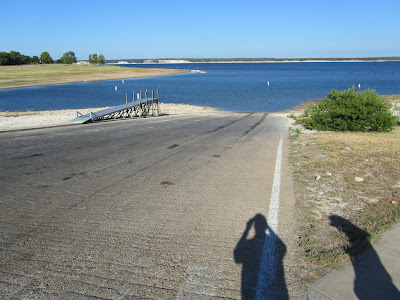 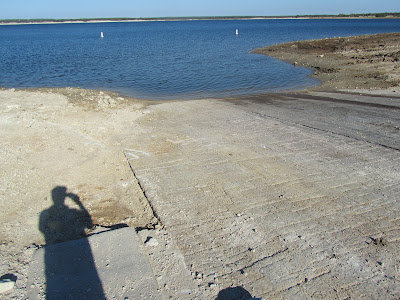 Our next stop was the Lofers Bend Day Use ramp.  It is still functioning.  We watched as two ski boats launched.   Was a bit shallow, but they seemed to handle it well.  I am not sure whether the Corps did any work to reduce the sand bar out from the ramp or not, but it was not visible and the boat that did launch had no issues.  They did proceed cautiously through the channel to the lake.  We did hear that the gate keeper advised the boaters to stay to the left side of the ramp because the right side was broken.  Also, to the right of the dock there were some rocks clearly visible jutting out of the water.  Here are the photos from the Day Use Ramp: 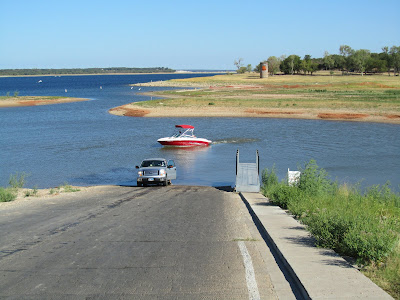 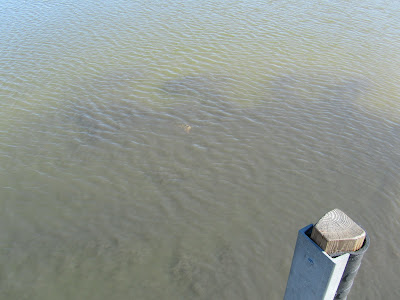 The Lofers Bend East Ramp was the biggest surprise.  The Corps had also been out there a couple of days ago.  That ramp was in great shape. It is probably the best of the three Corps ramps we looked at.  Corps apparently had moved all the big rocks to the left side of the ramp, but not on the ramp.  I think you could use either lane of this ramp.  There were 6 or 8 truck and trailer rigs there. 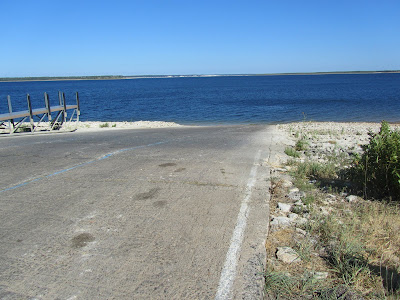 Also, we could see the Harbor Master Marina Ramp from the Lofers Bend East Ramp.  As far as we know, it has the deepest ramp to access the lake.  They were launching a boat there using the Marina’s tractor.  You should be able to launch at Harbor Master Marina for a long, long time.