I frequently get asked for help with fishing on Whitney.   Guys want to know structure, location, lures, etc.  I thought I would write a couple of articles to help with some of this.  This lure article will likely be more specific than the follow-up article about locations and such.

Anyway, there are some lures that we always have tied on and use just about every trip to the lake that we make.  To some extent, this is likely an error in that we don’t try other stuff.  We sort of stick with what we know works for us, lures that we know how to use and where to use them.  I am sure other lures will work and many may be more productive.

Usually when we go to the lake, we go early in the morning… or reasonably early..  daybreak.  I know some fellas like to get there even earlier and fish the hour before daybreak, but I guess we are too lazy for that.  And in the winter, we may not even get there unitl mid-morning or mid-day depending upon how cool it is.

At any rate, we get there early, if we are going to try some top water action. It is the most fun.    I can tell you though, on Whitney, you need to find some schooling fish to make this really fun.  So, if we can locate some schooling fish chasing shad of any size, these are two of the lures that we will be throwing. 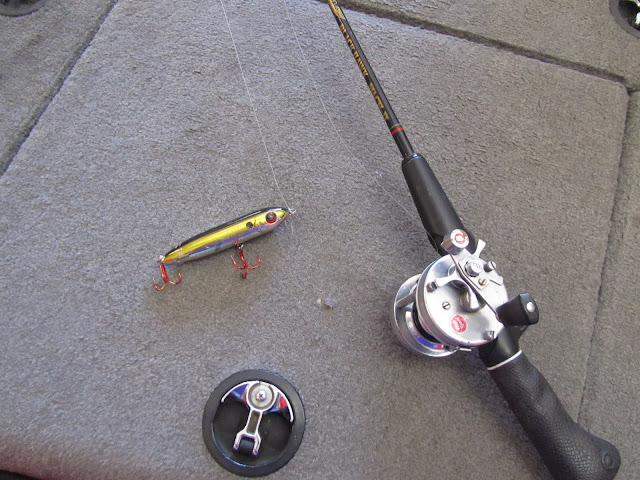 This of course is a Zara Spook.  We prefer the Rattling Spook.  This lure has put some big bass in the boat.

Next is the H2O top water… I think it has another name, but this is what I remember.  We buy them by the half dozen down at Academy Sports.  Its quite similar to the Spook, but some days the bass like it a lot better than the Spook. 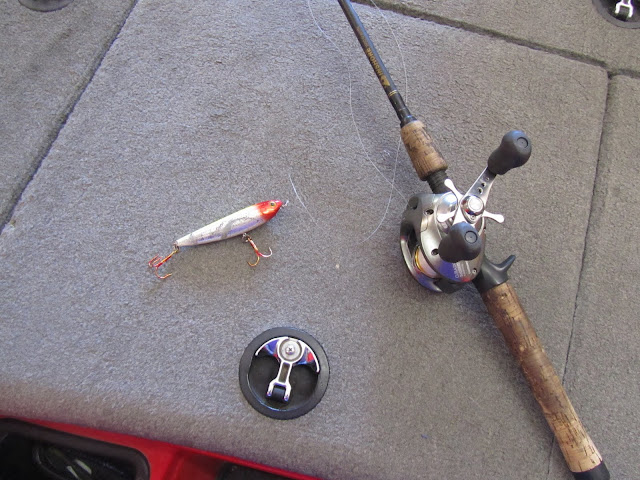 This one also puts big bass in the boat.  Both lures will also catch whites and stripers which often school with the Black Bass.  On several occasions I have caught two fish at a time on this lure.

This is your ordinary Rattle Trap…  I caught my personal best on this lure 2 springs ago.  It was a 9 lb 8 oz hog than now hangs on my wall at home. 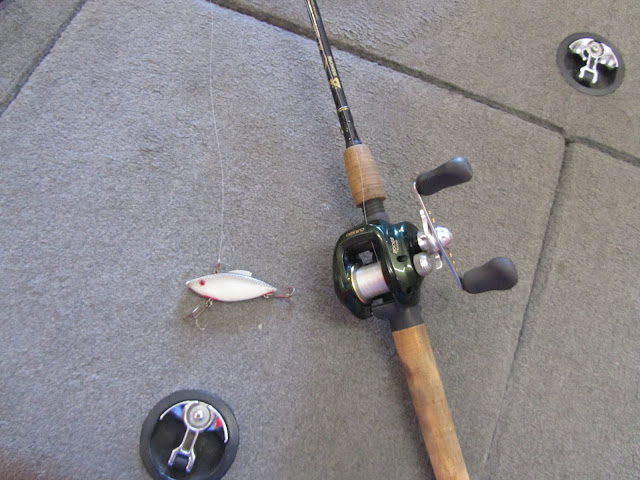 The other lure we will use is a square billed crank bait of any variety, usually the cheapest we can find.   They also will turn up a lot of fish, especially if the fish want to see a lure that will suspend on a stop and go retrieve. 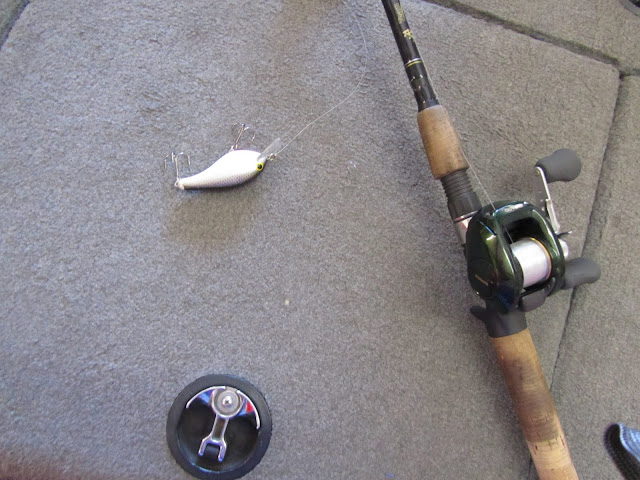 And then when the schooling fish aren’t there, we go to the old faithful plastic worm.   There is no counting the number of Whitney bass we have caught on worms.  The Boss is an expert with them and a down right bass killer with them.   When she says “I gotta bite”, I had better be getting the net because a fish is coming to the boat.  Here are our two favorite rigs, the standard Texas Rig and the finesse Carolina Rig.

Here is the T-Rig.  The Boss’ personal best of 8 lbs even came on a T-rig in Whitney.  I can’t count the number of 6s and 7s she has caught on a T-Rig. 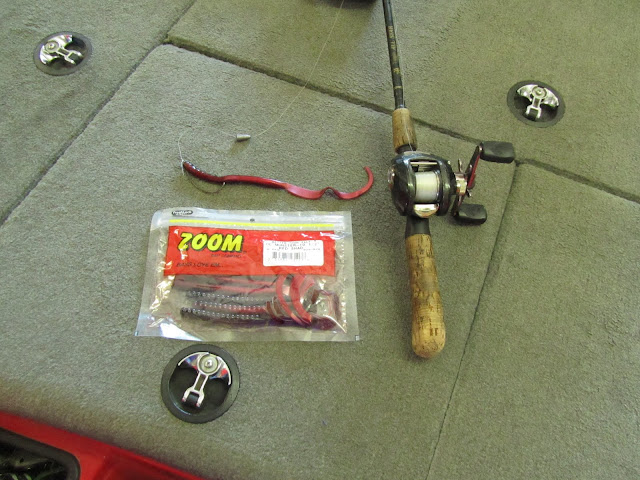 Zoom Old Monster Worms are our favorite plastic for the T-rig.

The other worm rig we use is the finesse Carolina rig.  We fish lots of plastics with it:  Rattlesnakes, Lake Fork Ring Worm, Yum Dingers and this year the Big Bite stick worm.  We bought the Big Bites because Walmart and Academy had them on a summer promotion special… 99 cents a pack.   Man did they produce. 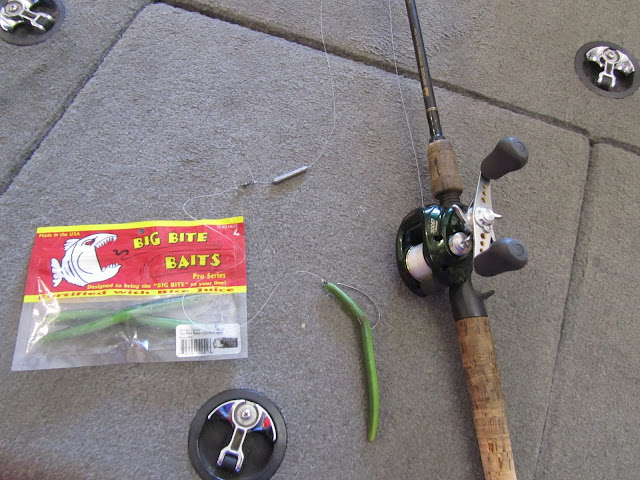 If the bass are suspending a foot or two off the bottom, or along a rocky point, this is your lure.  The finesse C-Rig is really good in the rocks, it hangs much less than a T-Rig and is easier to get moving again.

So there you have it.  The Armadilla and the Boss’ favorite lures.  Always tied on.  Always ready.  If we can find fish, we can usually catch one or two with this set of lures.

Be sure and don’t tell anyone about this and stay tuned for the article on locations on Whitney.