Well, it is that time of the year… WINTER time… Big Girl Time….  those good old biggerns and big old gooderns….

We have been busy with the Holidays and haven’t had a chance to get out on the lake and the weather has been bad or good… depending upon your point of view…. we have had some rain and that is great!

The lake is 15 feet 7 inches low…. better than it was a few weeks ago…  nothing like a little rain to help out.  Below Walling Bend Island, the lake still appeared to be stained.  North of that, the water seemed to clear up some… not clear, but much better.  We got on the lake about 9:30 a.m. this morning.   There was only one other rig on the ramp when we launched.  Within the hour, we were able to count 6 other boats on the lake.  The water temp was about 45° at 9:30 a.m., but it warmed to about 50° by 1 p.m.  Winds were light, less than 5 mph from 9:30 until noon from the South, Southeast, then they picked up as the front seemed to be moving in.  I would guess they were about 10 to 12 mph when we got off the water at 2 p.m. 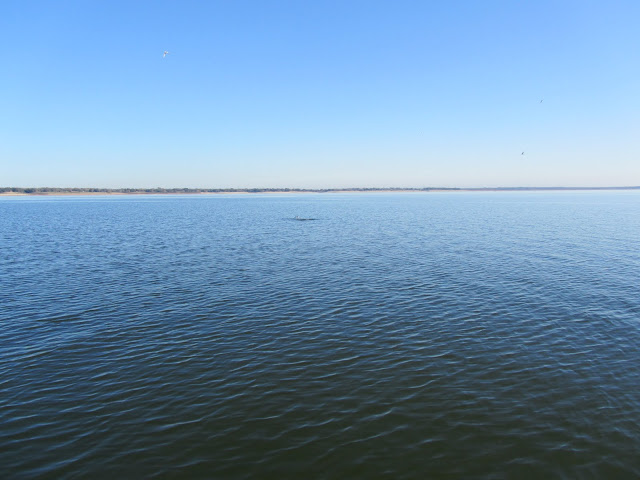 Early, there were some birds that were active, but we could not get a bite under them.  We actually were in the middle of a large group that was actively diving all around the boat.  We fished rattle-traps, diving baits and slabs….  we fished from the top to 50 feet down… the whites and stripers just were not hitting.  When the birds are active, we like to fish them as the action is fun, and when we first got on the lake, we figured the bass were not going to be active with it being that cold.  We put about an hour and a half into the whites and stripers before we gave it up with out a single hit.

By 10 a.m it had warmed up nicely and we were shedding our jackets.  We fished some of our favorite spots for blacks on the lower lake, but did not find anything on crank baits, C-rigs or T-rigs.

About 11:30 a.m we moved on up the lake.  We fished 4 of our favorite spots, finding only a few light bites on T-Rigs.  While we were enjoying the day, as the temperature had warmed up to near 60 or better, it was pretty frustrating that we hadn’t caught any fish.  We ate our lunch and then moved even further up the lake to another spot… with the same result… no fish.  Then we began a move up the bank to another favorite location, when we hit a small point on the main lake.   I picked this small bass, a Kentucky I think on a worm.  Because it was looking thin, and we wanted some pictures, we stopped and took the photo. 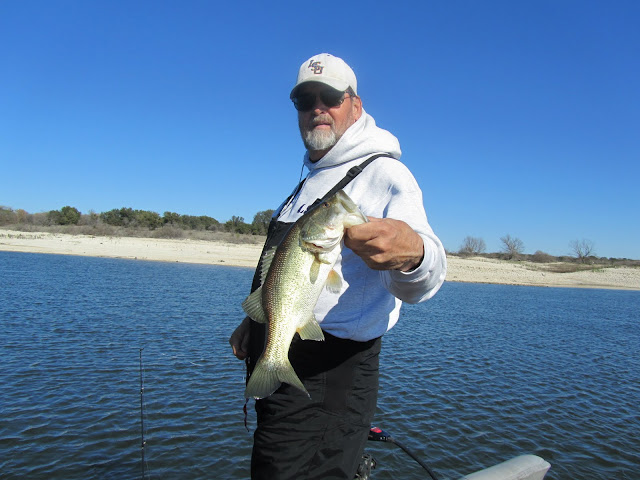 The very next cast, the Boss picked up this fish. 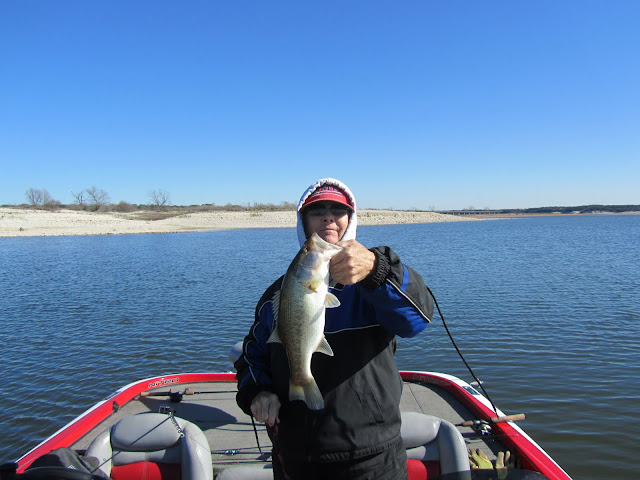 It came from the same spot I had picked mine up from a few minutes earlier.  We got that photo and threw our worms back to the point… shallow dropping to 10 or 12 feet deep.  The Boss and I both immediately hooked up with fish again… this was four straight casts.  I didn’t get the hook set on mine as it ran straight towards me.  The Boss put this 6 pound 6 ounce Good Ol’ Biggern in the boat….  she didn’t seem the least unhappy that mine had got off as she was asking, no demanding the net… “Its a big one… get the net.”…. 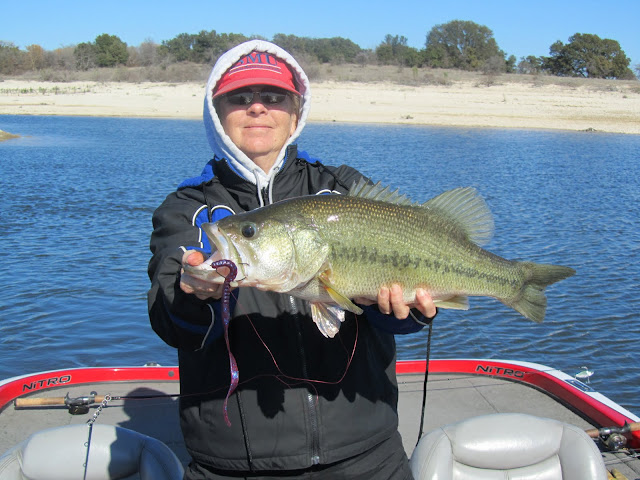 We weighed this fish on two different Rapala scales… only a few hundredths of a difference in weight.

We fished on through one of our most productive points on the lake, but couldn’t get bit.  Nada, Zip, Nothing.   At 1:30 p.m., the wind was starting to kick up a few visible white caps on the main lake.   We had about 10 to 15 minute run to Lofers Bend East.  The wind had turned around and was coming out of the North so boogied back down the lake.  And, it was a good thing too, as the white caps were starting to churn down near the ramp.

Generally, I will say that we found the fish “in a bunch”…. which is typical for our winter fishing on Whitney.   We also found them on rocks and we also caught them on T-Rigs fishing slow, very slow.  That’s our winter style.  Now, if we can only find those 10 pound plus fish…. that’s what we are looking for.

There were 6 rigs on the ramp when we got back.  Lofers Bend continues to be OK to launch from.  The water being up 6 or 8 inches above what it was a couple of weeks ago doesn’t hurt anything.   The Corps seems to have finished repairing the ramp, but the boat dock has not been put back in the water.   Because of the rocky shoreline, the ramp continues to be the best place to load and unload.    The center lane, between the blue lines, is the best lane.  For all practical purposes, it is a one lane boat ramp.

And, BTW, the road  (174 & 933) from Cleburne to Whitney is in the best condition it has been in for a number of years…  even though they haven’t finished the shoulders from Blum down to the Nolan River Bridge…  Generally, its a real smooth ride now.

If you like to catch big blacks, from now through April is the time to get with it on Whitney.  And, who knows, this drought thing could keep going and the water not come back up.  If it does, it is going to be tough to get on the lake….  Make hay while the sun shines, or not shines…. just get that hook in the water.