After two days of tough fishing on Whitney, we were back at Aquilla today.  We were last here on April 23rd, about 3 weeks ago… seems like forever!

We were up at 4:30 a.m. and then at the lake at 6:15 a.m.   It is a job just to get there by daylight, then we missed a little.   We were very thankful that the Corps of Engineers had put 3 Port-a-Potties out there… they are still working on the Restrooms…  I don’t know what the hold up there is.  One would think they could have built a whole new restroom by now…. But who am I to complain and criticize?

Anyway, there were 2 other rigs there launching when we were..  and one was having to use the out-house facilities as we did….  funny guy….    Looked at our boat and said “You need to buy a boat first chance you get!”   Little did we know that he might be a prophet.

We were on the water a little after day break.   Cool this morning, right around 65°.   The boss was buttoned up on the way across the lake and until she warmed up some.  The water temperature was 72° and it was muddier than the last time we were here.  The lake was down a bit since we were here last.  The TWDB web site says the lake level hasn’t changed much and is 537.51, that is 1/100 over pool.  But, fishing the stumps that we normally do, I can tell you it is about 6 inches lower than the last time we were here. 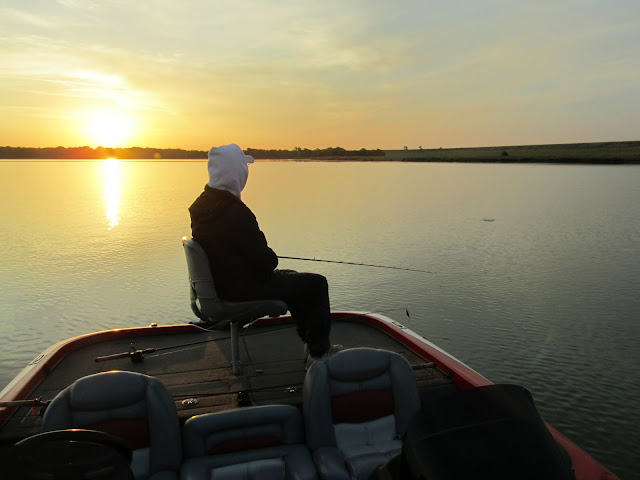 It was one of the better mornings we have had lately.  The wind was practically nil and the sunshine was great.   The fish didn’t bite right off, but they were working well within 30 minutes or so.   We caught 4 on the first point and the Boss let a nice one get off.

The biggest fish we boated was 17 inches, too short to be a keeper on Aquilla.  I got that one in the boat, and the Boss let one about that size get off at the same spot.  I think they had some shad bunched up on the point and we were able to pick a few off.   I caught mine on a T-rig and she caught hers on a Pop-R bait. 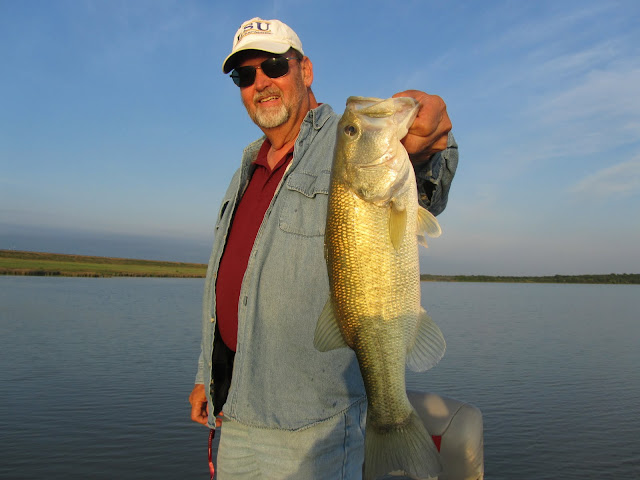 I did let one get off later on that was well over 5 lbs.  But, that is Aquilla, always seems more difficult to get those big ones in the boat on Aquilla than on Whitney.  It is hard to get over those that jump up and throw the lure….  went that way for me and the Boss although mine threw a worm and hers threw a top water.

We ended up with a total of 7 boated fish all shorter than the 18 inch minimum on Aquilla.  It got a little tougher as the day went on as the wind came up and was more than the 10 mph that the weather man said it would be.   We left the lake at 12:30 p.m.

As we got back to the ramp, we noticed the motor running a little rough and it had a whining noise like a bearing gone bad…. don’t know what that could be but, we took it on home and unloaded our gear and took it on to the BassPro Outlet store in South Fort Worth.  I am beginning to get a little heartburn with this Mercury engine….  Just got it out of the shop with a steering cylinder hydraulic leak…. Its always something with a boat.  We are just hoping we can get back on the water soon.  This is a great time of the year.

The Boss did take a few “scenic” pictures.. this is one of them. 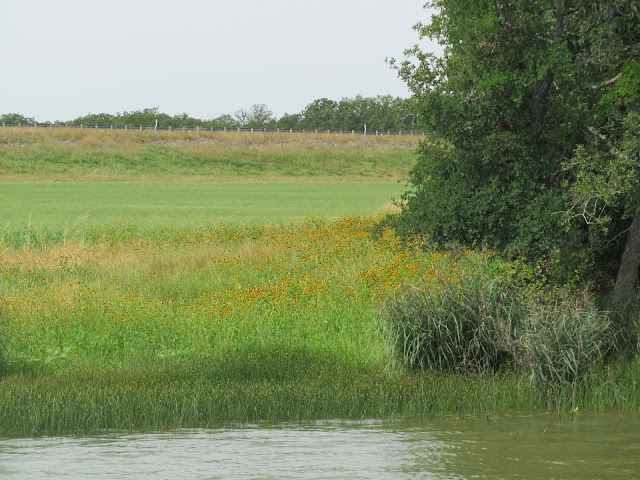 Have a good one and wet that hook when you can!