Man, its been a coon’s age since we have been on the lake….  I don’t know what has been happening with the wind…. blowing like crazy the last few weeks.  But, it was down this morning.. .only 6 to 8 mph from the Northwest.

Jumped out of bed at 4:30 sharp this morning….  put my life in jeopardy by waking the Boss…  good thing I told her we were going fishing…    Anyway, she got us and got us some egg sandwiches and coffee going…  good stuff.

We got to the lake about 6:15 a.m.   I think it was around 72°.  The water temperature was 76 when we launched°.  The lake level is 532.94.  533 is pool stage.  It has been near pool level and slightly above since about the first of April.   The water has cleared considerably in the mid-lake area, visibility is about 18 to 24 inches early this morning.  When the sun got up, visibility was really good, the water is clear for a change.  We used the Cedron Creek ramp and it was in great shape.   No one was on the ramp when we launched and there were not many folks in the park, at least not many in the south end of the park. 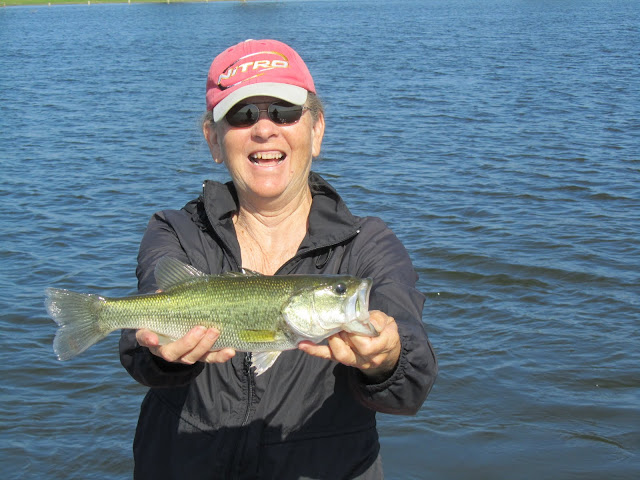 We didn’t measure the fish, but I believe it might have been a keeper on Whitney.. it was close.  Mine was a short fish, but the other bite I had I lost when the fish jumped…  poor hook set.   It looked to be a little larger.

We fished points, bluffs, and grassy flats on the main lake.  We did not fish back up in the creeks.   The wind wasn’t bad early, but picked up some around noon… just enough to make it like work to hold the boat in position.   We tried T-rigs, crank baits, frogs and spooks.   It was tough early and we didn’t get a bite until after 10 a.m.

We saw two rigs in the McCown parking lot and one other rig had launched at Cedron Creek by the time we came in.  That second rig was 3 guys who were trot-lining.. they were having a blast out there, you could hear them all over the lake… “Its a big one, just don’t know what it is!”    Funny stuff.  We saw a couple of other bass rigs but they went to the back of the creeks.. they were likely catching fish as they stayed a while.

We were definitely “fishing” today… not doing much catching.  But it was great to be on the lake and the water looked much better than it had in the last few months.   Now I think it is just a matter of locating some fish.

Here are a couple of more photos from this morning. 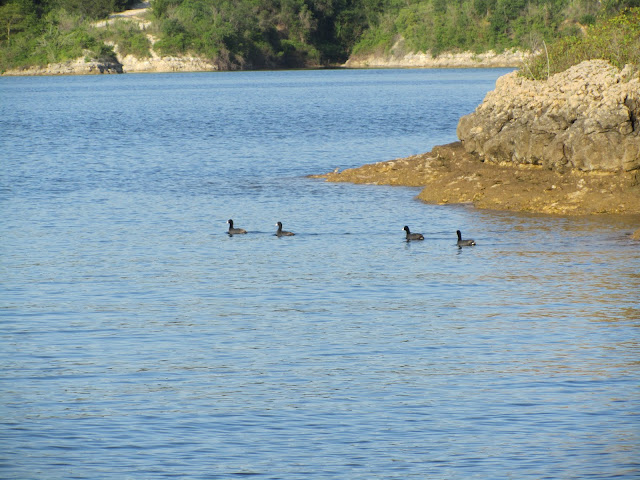 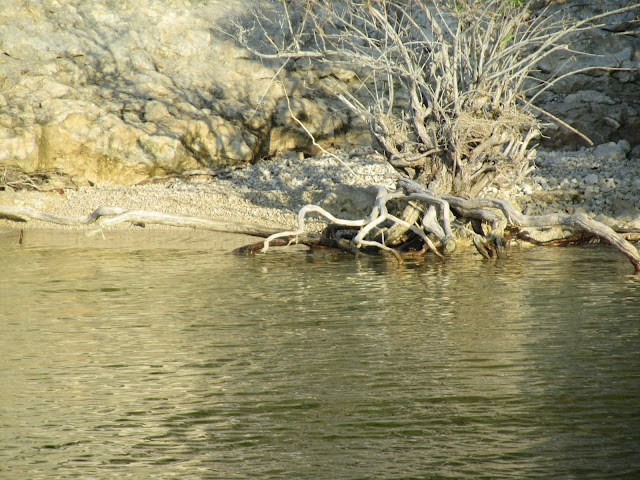 That old stump would make a neat coffee table wouldn’t it.

Well, maybe this wind and weather will settle down and we can get in a few days of fishing before the really hot weather comes along.  Boy those little tap-taps felt good this morning…  even if they were small fish.