Living the “good life.”   That’s what we were doing on the water this morning….  we didn’t catch many fish, but man we had a good time….

This is what I call living the good life… 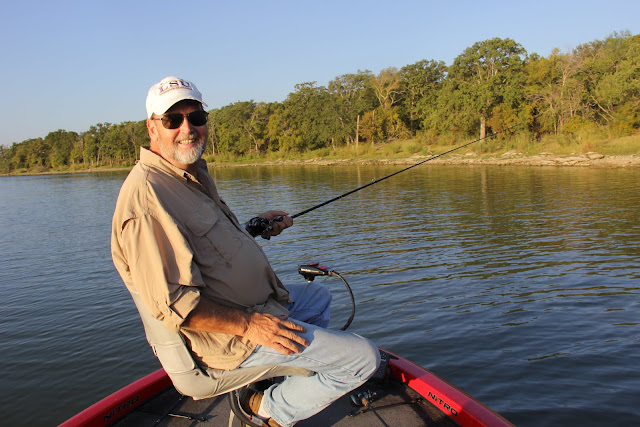 It don’t get much better than this.

We were up at 5 a.m. and on the water at 6:30 a.m.    We were running a little late, so we stopped by the Shell Station on the way out of Cleburne and bought a couple of hot sausage biscuits…   Good eating while gulping down some of the Boss’s hot coffee.

According to the Texas Water Development Board web site, Aquilla’s lake level is at 539.49, just about 2 feet low.  Aquilla has been relatively stable the last week or so.  It hasn’t been so hot that water has been evaporating fast enough to watch the lake level fall right before your eyes like the recent hot summers, but it has fallen some this summer.

It was about 70 degrees this morning, give or take a few… mostly take I would say.  It was nice and cool… really comfortable.  As I said, we got to the Dairy Hill ramp about 6:30 a.m.  Winds were light, about 8 mph or so when we first got out there, then they dropped to 3 to 4 as the day went on.   The water temp was about 80° when we got there and it got up to around 82°.   The water was relatively clear for Aquilla.

There were 3 rigs there ahead of us… launched and gone.   We found two rigs out near the hump south of Snake Island. 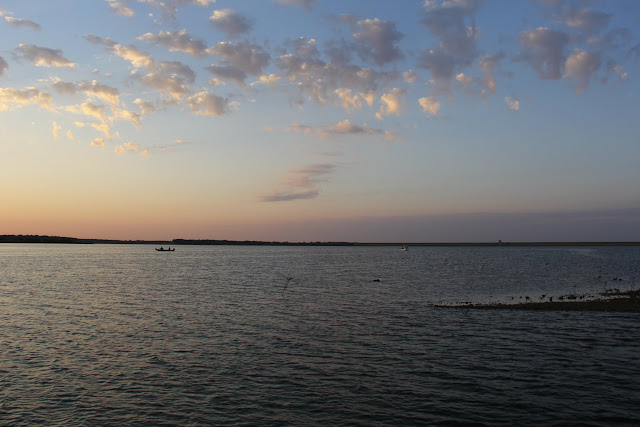 One of them looked to be Randy Routh of Team Redneck.   If you follow his fishing reports, he was likely fishing for crappie out in the channel off the hump… or maybe it was white bass… hard to say, we didn’t get up close and personal.

There were a couple of other fellas fishing a little further out in the channel.   We didn’t notice what they were doing either, but they were out there for a while, as were a number of boats down near the dam. 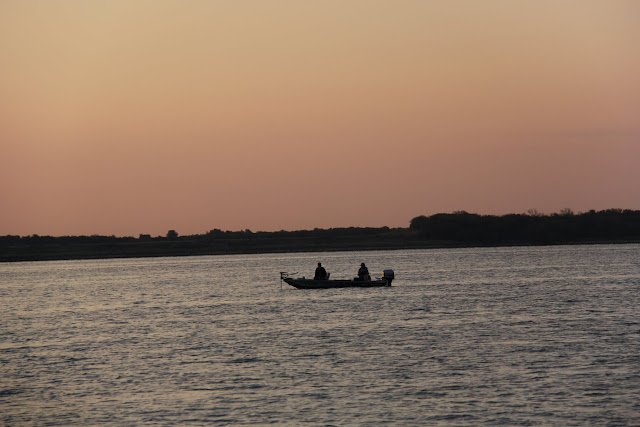 I can tell you that we were there a little before daybreak, but these guys were fishing before we motored in.

We didn’t have any luck with top water, crank baits, T-rigs or C-rigs on the hump and we gave it a good hour before we moved on to fish the south side of Snake Island…..  no fish there either.   We then tried some main lake points as the sun got up a little further.

I picked up one tiny little bass and The Boss got a bigger one…  mine was really short and hers was not a keeper either. 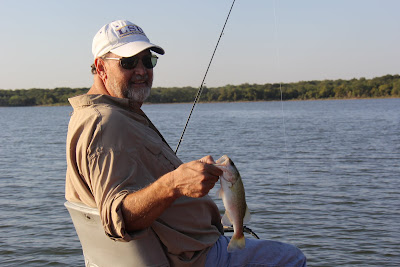 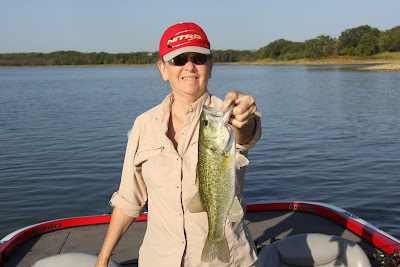 Like I have said before, some is better than none.

The restrooms on both ramps remain locked and you are stuck with the Miller Port-a-Potty if the need arises.  What is the Corps of Engineers doing????

I thought I would stick in a couple of photos of the ramps.  They are in good shape, though the boat dock at Dairy Hill is on the shallow side now.  We are picking up on the ramp to avoid the rocks down in front of that dock.   We did use the dock over at Old School to visit Mr. Miller’s facility.

This is the Dairy Hill Ramp and boat dock. 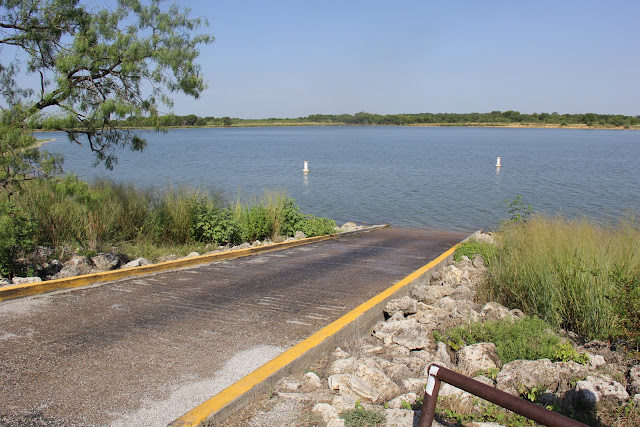 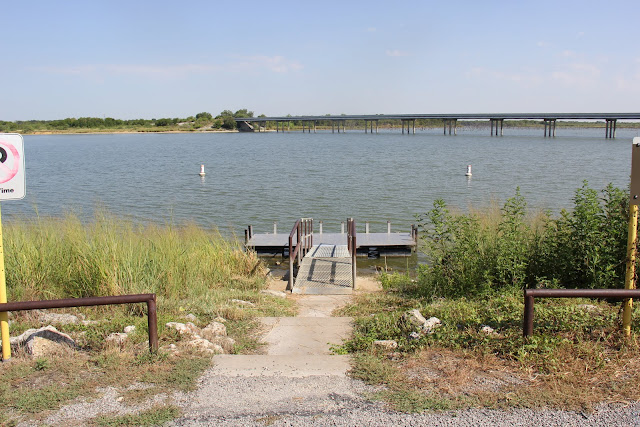 This is the Old School  Ramp. 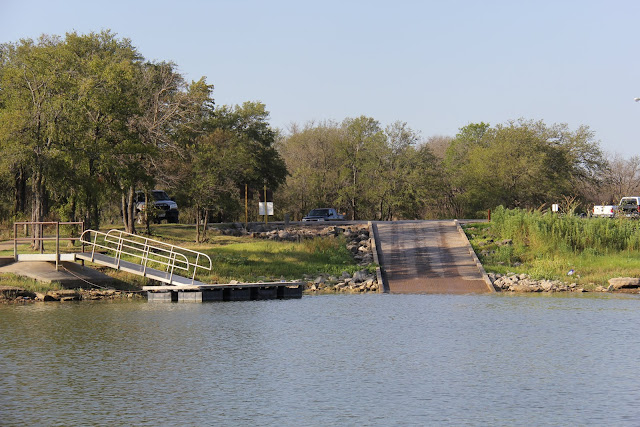 The boat dock here is in much better shape, you just have to watch the shallow water on the other side of the ramp.

I did get a Whitney fishing report from Justin, a member of the West Bass Club.  They had a tournament on Whitney on Sunday and fished out of McCown (but I am sure those guys fished from one end of the lake to the other).   Justin advised that just about every boat caught fish.  He said the winner had about 10 pounds.  He said he and his Dad weighed in two fish, but had caught 4 fishing main lake points with buzz baits and soft plastics.  He said they missed two others in the 3 to 4 pound range and one that was an “absolute monster.”   Sounds like a better than average day on Whitney this summer.  But, those boys in the West Bass Club know how to catch fish…. If you fish a tournament with them, you may as well just write the check out to them and save your gas and time on the lake.

Good luck… hope you get that old “tap-tap.”