We got a tip this week that the West Bass Club had a pretty fair day on Whitney on Sunday and that most boats caught some fish.  They didn’t lie… things were a little better than usual today for us.

We started out at 6:30 a.m. from Cedron Creek ramp.  Sunrise was just great. 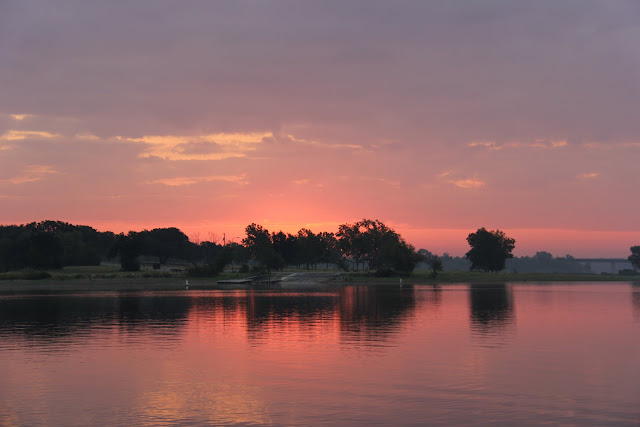 Winds were calm when we launched.  The air temperature was 68° to 70°.   The water temperature was 81° and the water was  back to normal and very clear at Lake Whitney.  As you can tell, the sky was mostly cloudy this morning with little wind and it stayed that way until nearly noon making the fishing very pleasant.

There was no one else using the ramp and we only saw one camper in the park when we left.  There were a few folks at McCown Valley, but again we only saw one boat launch from McCown and we only saw a couple of boats on the lake.  Those folks were likely fishing for whites and / or stripers.

We didn’t do any good early though we had some hits and misses on top water lures… buzz baits, frogs and a walking top water.  But we had no hook ups.   The Boss let a 14 or 15 inch fish get off about 8:00 and then she boated a 2-14 about 8:30.  It was a fat and feisty fish.. or maybe it was just that it has been so long since we caught any out here, we forgot how they feel.  She boated this one on  a T-Rig. 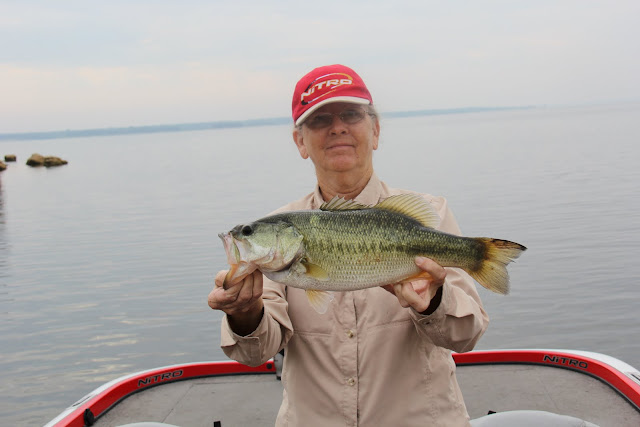 Then I boated a 15 incher on a worm as well.  It also came in about 8 to 10 feet of water… actually right under the boat. 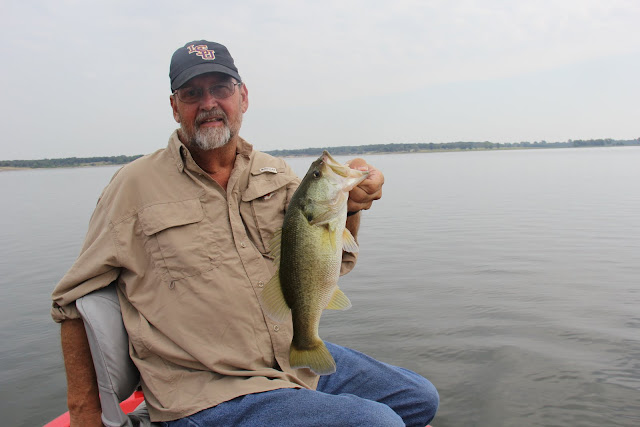 The Boss then caught another 14 incher on a Rattle Trap in some schooling bass.  We had seen several instances of schooling activity, but had not been able to hook up with any fish.  Apparently we weren’t throwing the right thing.  The fish jumped on her Rattle Trap, but we had had only misses with our frogs and other top water lures.

There were a number of birds out there this morning which was different as well.   A number were sitting on main lake points.  Most down in the shallow water… this guy was surveying the lake though. 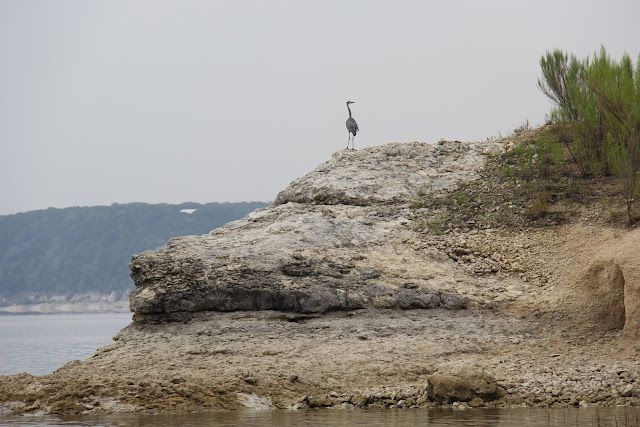 The Boss enjoyed the morning… it is the “good life” for her as well.  We love that relaxing and working a worm…  easy fishing for us old folks. 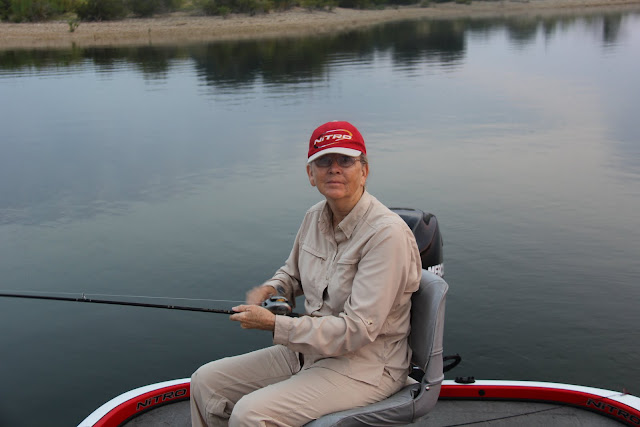 We loaded up and left the lake at noon. 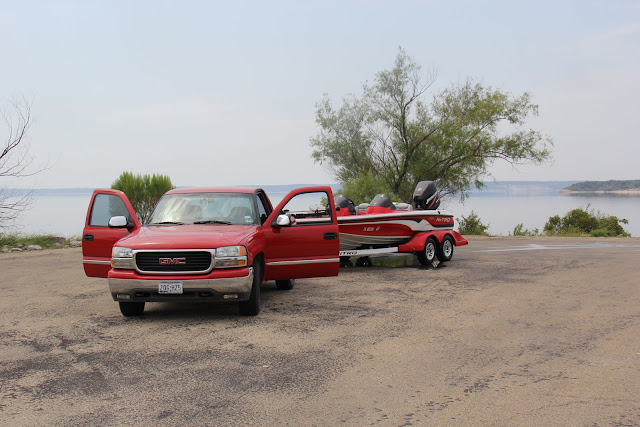 Winds were still relatively calm, but the clouds had pretty much gone away and it was 85°…  too hot for us old folks.  We had begun to work up a sweat.  But, it had been so long since we had had much luck on Whitney, we had to make ourselves leave.

We called the Pit Stop and ordered up a hamburger basket as we left the ramp.  When we got there, they were taking it off the grill …  the burger and fries were smoking hot!  Good stuff!

I hope this morning was indicative of days to come.  We have been waiting for Whitney to turn back on… or at least the bass fishing.  All the fish we caught were F-A-T!   Even the 14 The Boss caught was a stocky fish.   I am just hoping we will see some more days like today and even some much better days.  We did see some big bass striking in the shiners…  just couldn’t get them to hit our lures.