A day on the lake….  you really can’t complain about that….  beats the heck out of working!

We made it to Aquilla’ Dairy Hill ramp just a little before 7 a.m. this morning.  We were late!  There were already two other rigs on the water.  One guy was working the creek tree line just the other side of the bridge.  Looked to me like he knew what he was doing.  I have never fished over there… too much work in the stumps, especially when the lake level is down, like it is now.  The lake is 534.87 today.  That is about 2 feet 7 1/2 inches low.  It seems lower than that, but what do I know.   The air temperature was in the high 50s or low 60s when we launched and the water temperature was right at 80°.   The water seemed a bit murky this morning, not as clear as it had been lately.  The winds were “light” to say the least.  I was happy I had worn my wind breaker and it was cool enough that I kept it on until around 9 a.m.

The water had dropped enough now that using the boat dock in a standard bass boat is a bit risky, given the rocks out in front of it.  The dock is sitting on the bottom now. 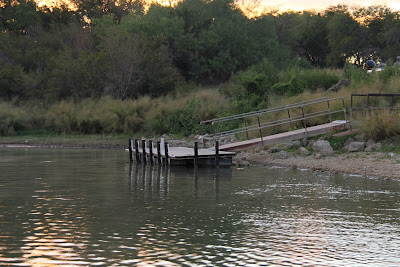 The ramp is fine though.  The Boss picked me up on the ramp to avoid the rocks along the shore line. 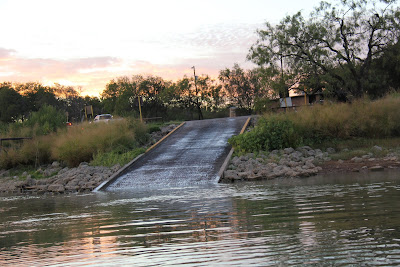 The lake was active today.  We saw 6 or 7 boats, far more than we have been seeing on Whitney when we go over there.   There were a couple fishing the main lake area, that is below Snake Island and below the bridge on the other side, but most seemed to have gone up the lake, above Snake Island.   I assume that someone thought things were much better up there.

The Boss and I caught 4 small fish and we worked hard to get them. 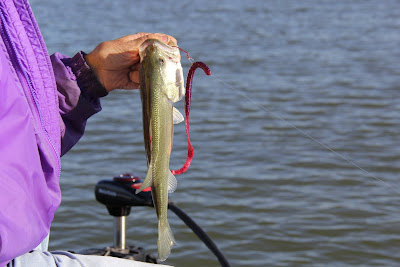 Hey… some is better than none….   The Boss wouldn’t even let me take her picture with hers.  The fish didn’t bite until the sun was up good… started somewhere around 8 a.m.   We missed a few others, but I think they were all small like this fellow.  We fished top-water, crank baits and T-rigs.

When we got back to the ramp, there were 6 rigs in the parking lot and there had been four or five over on the Old School ramp.  The Corps appeared to be doing some heavy duty construction work over there as there was a large front end loader working near the boat ramp.

We did get some pretty good pictures right at sun up….  that is if you like sun rise pictures and we do… 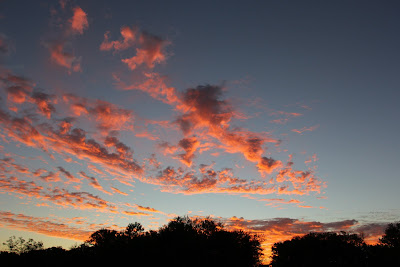 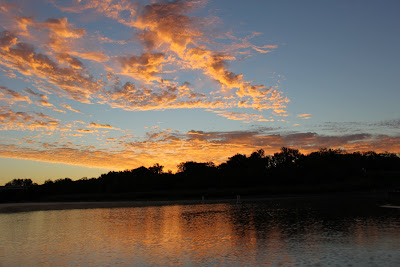 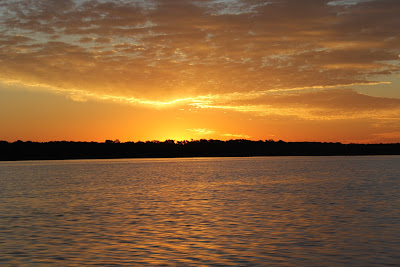 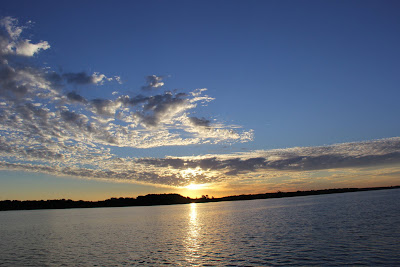 All in all, it was a great day.  The cool weather is great!   We fished from 7 a.m. until 11 a.m.  The fishing was slow, but being old and retired, you know, it just didn’t really bother us.  We just enjoyed the day.