Halloween…. Scared up a few bass…

Well, at least The Boss scared up a few.   She spanked me today… or kicked my tail….  whatever… she caught the fish…  I was just the boat driver today.   I might have got one bite, while she was constantly getting bites…  she was even picking up fish while trying to get out a backlash!   I donno…I couldn’t buy a fish.

We got to the lake at 8:15 this morning.. right at dawn.   It was about 55 to 57 degrees, winds were light from the west, and the skies mostly clear.  The water temperature at launch was 66°.  Over the course of the day it warmed to 68° and the air temperature warmed to 77° by noon.  It was really, really nice.  According to the Texas Water Development Board web site, the Whitney Lake level is 524.53 or just about 8 feet 6 inches low.  The water remains reasonably clear.

The moon is still nearly full.  Here are some early morning shots. 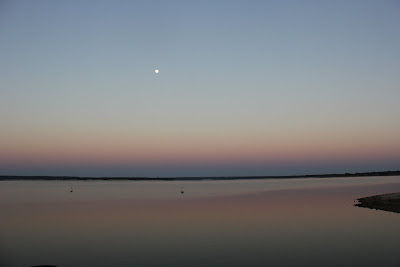 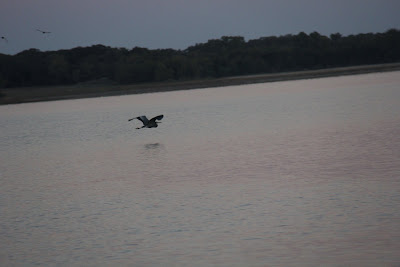 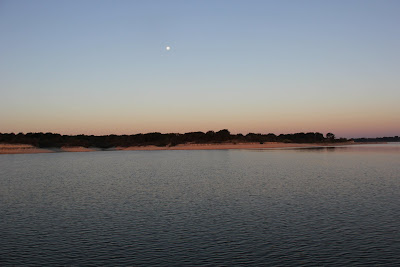 We had barely got there and got our stuff out before The Boss put the first fish in the boat….   a keeper on a Pop-R. 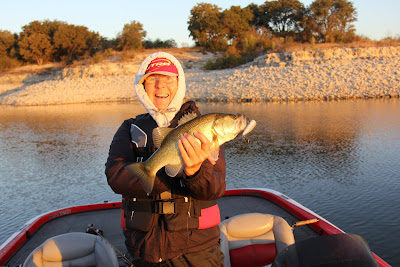 I wore out my Rebel, but couldn’t find any takers.  I also worked an H2O top water for a long time too… nothing, nadda, zip, zero!   Beats me.

Then, she was picking up a nice 3.61 pound fish on a worm while I am still working the top water stuff. 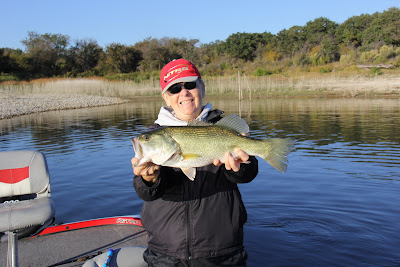 Then she got another one a little later on….  It was only 8:00 when she put the first one in the boat and 9:15 when she boated the 3rd one.   It was slim pickin’s after that… She didn’t put any more fish in the boat, but she did get a lot of bites… they just were not picking it up like they had been.   I got my one bite around 10 a.m.

We were the only rig on the ramp this morning.  But we did see these guys running some jugs or trot lines…. don’t know… They weren’t casting and they were not hunting…  just assume they were running lines or jugs.  We also saw at least two other boats out in the middle of the lake down toward the dam.  I assume they were fishing for whites or stripers.  They must have been doing some good because they stayed in those same locations for a long time. 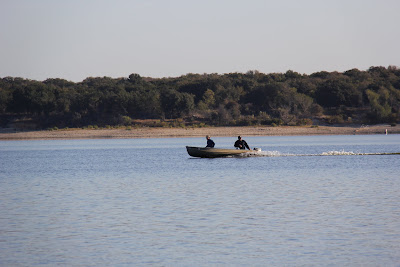 What we did see was some very scenic views… some really amazing views….   Here are a few of the more than 90 photos we took today. 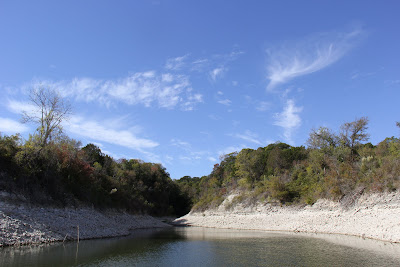 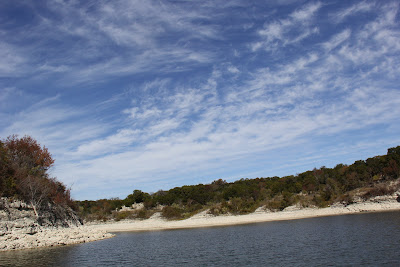 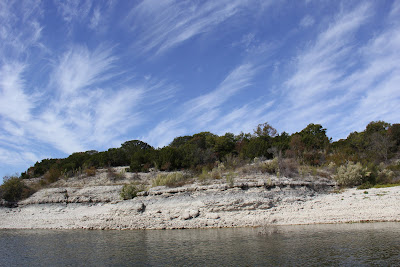 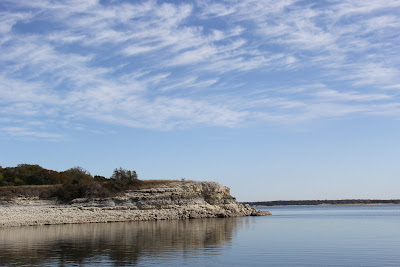 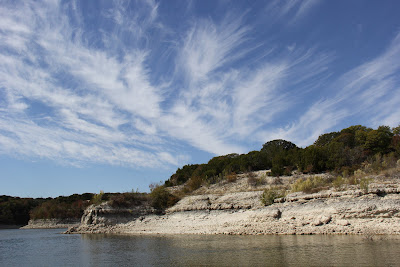 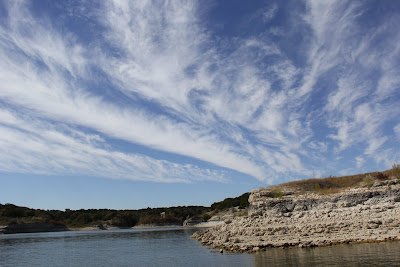 We even caught some geese headed south… they were just honking it up…. 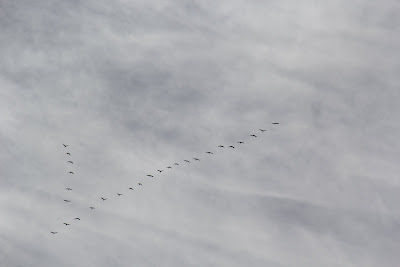 The ramp at McCown Valley remains good.  We are liking the fact that the Corps slid the sliding dock down where it is usable.  It makes for that easy in and out.

We had lunch on the lake again today… Vienna Sausage, crackers and cheese…  good stuff.  Then a power nap.   But the R & R didn’t do any good.  We didn’t find any fish after lunch.  We fished until 1:30 p.m and then gave it up.   You know what they say… Some days are diamonds, some days are coal.  I guess today was a diamond for The Boss and a lump of coal for me….  No really, any day fishing is a great day.

We did see old RB as we went through Blum… he musta remembered us… He waved as we went by.