Well, the lake was so nice yesterday, we decided to come back today….   and it was a great day on the lake……  Even the pelicans liked it… 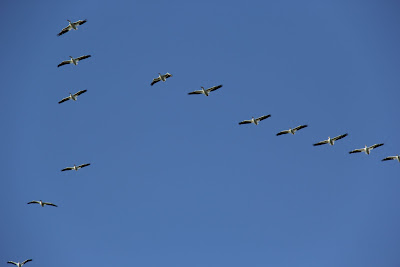 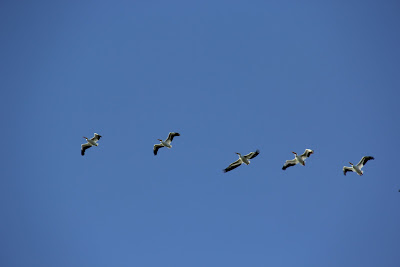 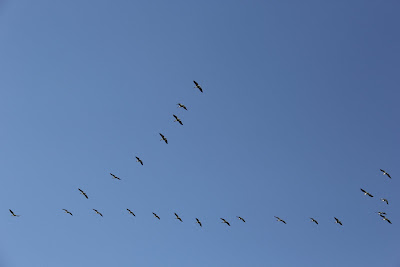 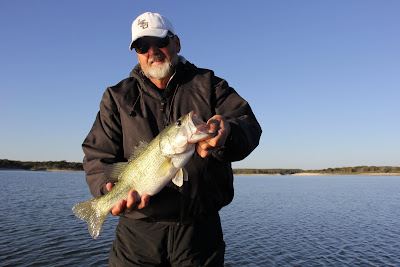 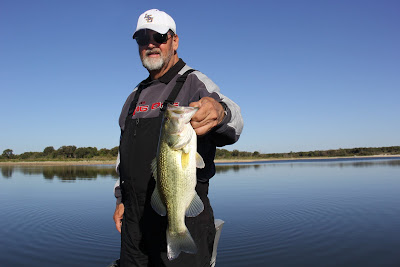 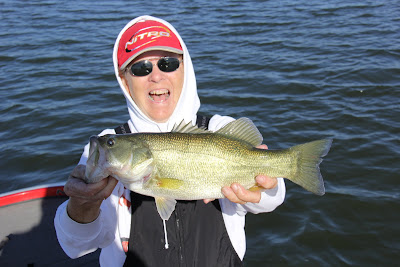 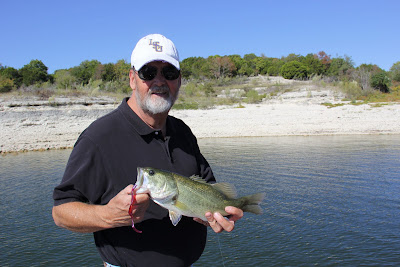 We had lots of bites… (I just caught most of mine).  I attributed my improvement in productivity to changing rods and lines….  I started using a much stiffer rod and changed to the fluoro-carbon line…. no stretch…. I had good hook sets today… only missed one or two.  You know when you hear that “twang” when the hook sets that there is no give in the line and the hook is buried… none of that soft, mushy stuff.  We turned nothing on top-water today and nothing on crank baits.  All the fish were caught in relatively shallow water…   2 to 6 feet deep.

We launched at McCown around 8:00 a.m. today.  The air temperature was about 52° to 55°, the water temperature was 69°, but it warmed up pretty quickly to 72°.    The lake level today was 524.71, virtually no change since yesterday… still about 8′ feet 3 1/2 inches low.  As you can tell from the pictures, it was an un-cloudy day.   The winds were light.   We weren’t going to go because the Channel 4 guy, Evan said the winds would be 18 by 10 a.m., but a check of the Internet said they wouldn’t get over 6 mph.   And, I did go outside and get a Willie Nelson weather report….  that’s what he says to do when you want to know the weather… just go outside.  The water remains relatively clear with visibility about 2 feet or so.

There were two rigs on the ramp, but we really didn’t see any other fishermen… I think those guys on the ramp were both hunters.

All the fish we have been catching are fat and healthy….  The five we brought home were all about the same size and will make some great fish to fry up.   We are restocking the freezer….  we ate every fish we had in the freezer during the summer when we were catching nothing.

All in all… a very good trip….   I like it…   and, as I have said before… If we can catch fish on Whitney, most anyone can, especially those bass club types who really know what they are doing.