My buddy, Don Peede of Whitney and the Texas Fishing Forum, posted this picture on the TFF forum… 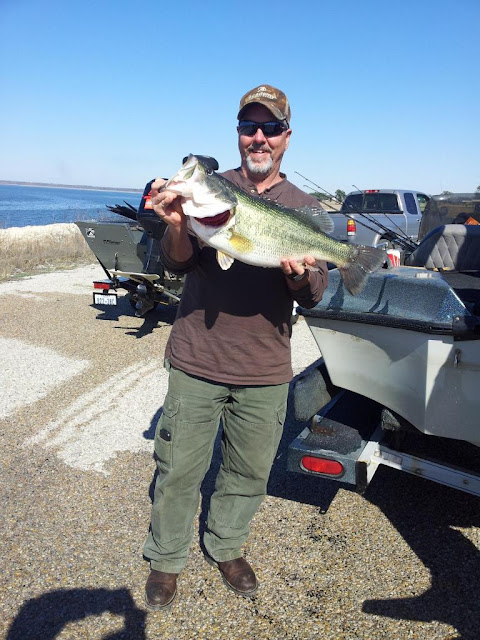 It is of a 9.2 taken last Saturday, the same day of the South 40 Trail. The same day The Boss and I caught nothing. This is what Don told me about his catch:

Saw your post about Whitney not being dead. Could not agree more. We fished Saturday also in our personal tourney (brother in laws against brother in laws). We got spanked last year but spanked them this year. I caught a personal best of 9.2lbs and we caught 6 in all. If it was in the south 40 I probably would have zeroed out, but a least won a 12 pack.

Mr. Peede fishes Whitney a lot… I think he is a very modest man and does well on Whitney… just doesn’t usually say much about it… But, who could not show the world this one…. Congratulations Don!