Yep, the winds were supposed to be light and variable today… and they were less than 5 mph when we launched around 7:45 a.m. this morning. One other rig had already launched and another was putting in about the same time we did. The air temperature was about 50°. The water temperature was 58° and climbed to 60° as the day went on. It was a beautiful sun shiny day. 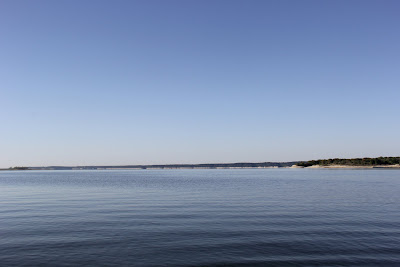 We fished hard today with crank baits, jerk baits and T-rigs. The Boss caught one short fish around 9 a.m and that was pretty much our morning. We ran into Keith, the Lure Guy, and his partner up at Bee Bluffs. They said they had one fish as well. They didn’t say how large it was so, I am guessing it wasn’t worth talking about.. but that would be pure speculation on my part. 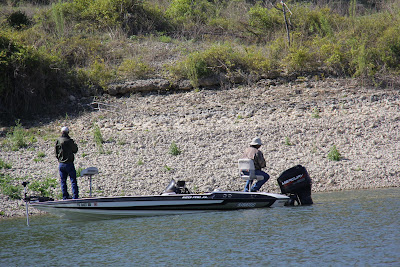 I think they were headed to their honey hole where they had lost that “big one” a week or so ago. It was an area back in a cove, where we don’t normally fish.

The Boss took time out from her fishing to take this “nature shot” of a berry tree. We don’t know what it is, but it looked good. 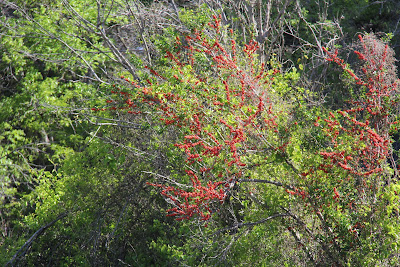 It was an interesting tree to say the least.

About 12:30 or so, I finally boated a fish. I think this was about a 2 1/2 pound spotted bass… but then I am not any kind of qualified to label the types of bass… all I can say is that it was “spotted” so I am calling it a spotted bass. 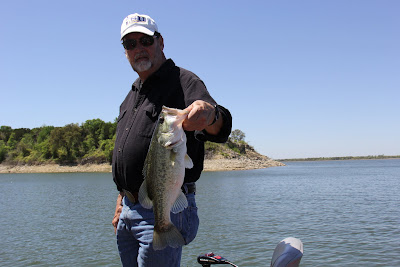 The wind got up some and we weren’t catching any fish so at 1:30 we gave it up and headed to the ramp.

We loaded up and headed to the house. I needed a nap so I let The Boss drive home… I think that may be the way it usually goes.

I hope Keith and his partner did better than we did.

For us, it was great to be out on the lake again. The weather forecast doesn’t look to promising right now.. 10 plus tomorrow and “WINDY” Sunday, Monday and Tuesday. Looks like it is not going to be “light and variable” for a while.