And we are in the middle of the DOG DAYS OF SUMMER!

All of this to say, it was a tough day on the lake this morning.

We were up at our usual 4:30 a.m. and into the gates of Lofer’s Bend East about 6:20 a.m.   That was OK because it was just getting light.  We were the second rig on the ramp.  Jim and Pam had just launched, though we didn’t know that’s who they were at the time.  They took off toward the State Park and we headed up the lake.  I was surprised a few moments later when they pulled along side as we were getting out our gear.  They had come by to say hello.  We have had some emails from Jim and posted a picture of Pam with her first bass from Whitney, but had never met them on the lake.  They said a quick “Howdy” and were on their way.   Day was breaking and we were anxious to get a lure in the water anyway.

We had been struggling the last couple of weeks in the mid-lake area, fishing out of the McCown Valley Park.   We thought that, just for grins, we would try the lower end of the lake this morning.  We have some locations that we have caught fish in before so we tried them.  Well, it was a water-haul today.  We fished from about 6:30 a.m. until 9:30 a.m and I think, maybe, that I had one bite and The Boss had one bite.  We did not see any birds working though we saw a number ‘resting” along the shore line.  They definitely were not chowing down on breakfast the way we like to see them do. 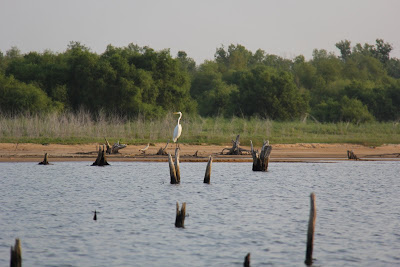 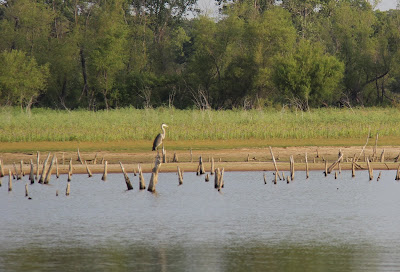 We didn’t find fish shallow or deeper….  We fished top-water and T-Rig today.

We did get to do some looking at the ramp situation on the south end of the lake.

We launched at Lofer’s Bend East.  This ramp was good even when the water was down 16 feet a couple of years back.  It was in great shape today and the Corps had the sliding dock just right. 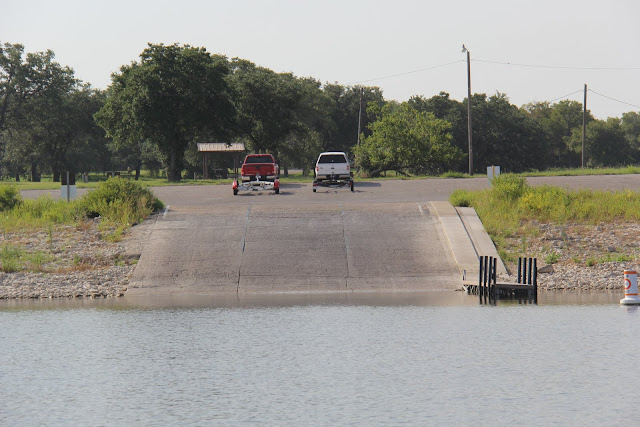 The ramp in Lofer’s Bend West appeared to be closed.  At least the sliding dock had been pulled up and there were two barricades on the ramp. 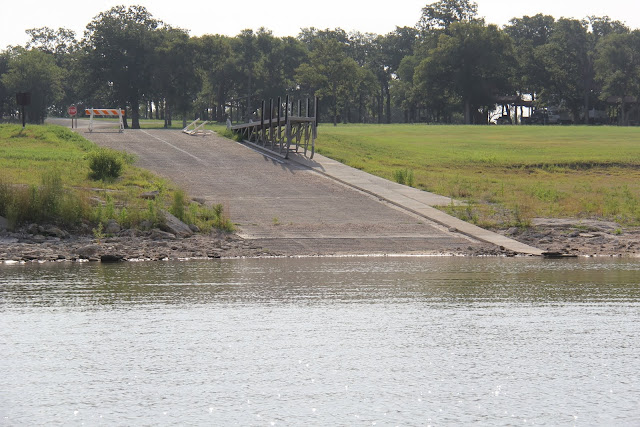 The surprise to us was the State Park Ramp.  It had barricades on it as well. 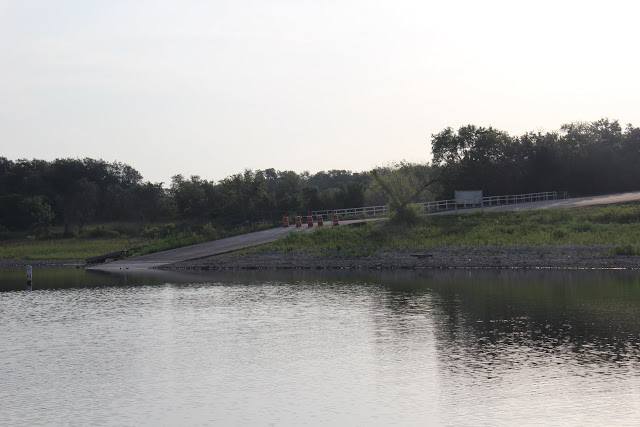 We assume that the ramp on the south end of Walling Bend is also open. Like the Lofer’s Bend East ramp, this ramp stayed open even when the water was down 16 feet two years ago. Likewise, Harbor Master Marina also looked like it was in good condition. We didn’t go up to the Day Use area in Lofer’s Bend. Just couldn’t say what its condition is.

It warmed up to around 85 or so by 9:30 or maybe it was warmer… not quite sure. But it was warm enough and the wind had died to nothing making it HOT out on the lake. Few bites and no fish so we headed to the house. As we were stowing our gear we saw Randy Routh’s Team Redneck Striper boat ease by. He was trolling for fish so I can only assume that in the 9:30 time frame, the stripers had gone missing as well.

While we didn’t catch any fish, it was great to get out on the lake. The light wind and clouds early made the lake quite enjoyable.