Hot and Sunny, winds 2 to 3 mph… that is what Weather.com predicted this morning for Lake Whitney…..   Well… that is the weather-guessers for you, sorta right.

Here are the stats for this morning at our 7 a.m. launch from McCown Valley Park: 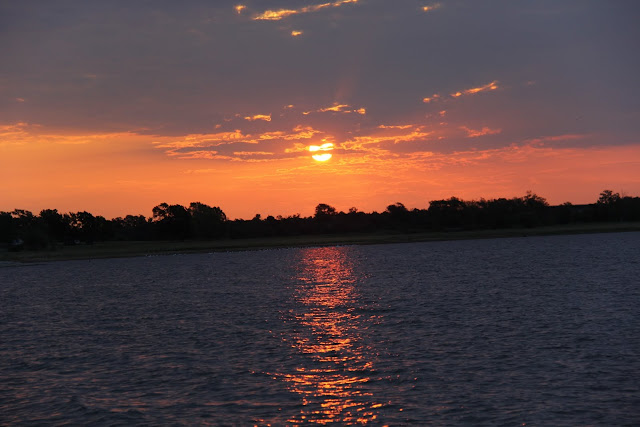 With it being cloudy and having a little chop on the water, I thought for sure that we would have a great morning and that it would last for a while.  Well, if enjoying being on the water is a definition of a great morning,   That photo wasn’t exactly day break.  It was about 7:15 or 7:30 a.m.   We were about 20 minutes late arriving this morning.  But who can complain about conditions like this? 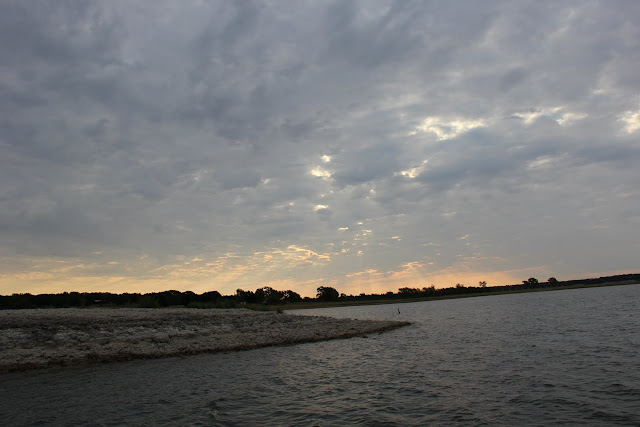 Clouds and chop on the water.. usually a good combination

We fished some main lake points hard.  We saw very few breaking shad… very few.  We also saw very few birds and none were working or feeding.  Not good signs and that is the way it worked out.  We also did not find any concentrations of fish on the sonar.  Not in shallow water or water up to 25 feet deep.    Oh, there would be a ball of bait fish deep and a “fish or two” in them, but nothing that would warrant getting excited about.   We fished top-water, spinner bait, some crank bait, T-rig and C-rig.  The Boss did all the T-Rig work and I stayed with the finesse C-rig.  I still go to a set up Randy Brewer showed me 5 or 6 years ago, maybe longer.   But, nothing worked today.

We fished from 7 until 10 in Cedron Creek, then we made a run up to Bee Bluffs.  it was there that I picked up my first fish around 10:20. 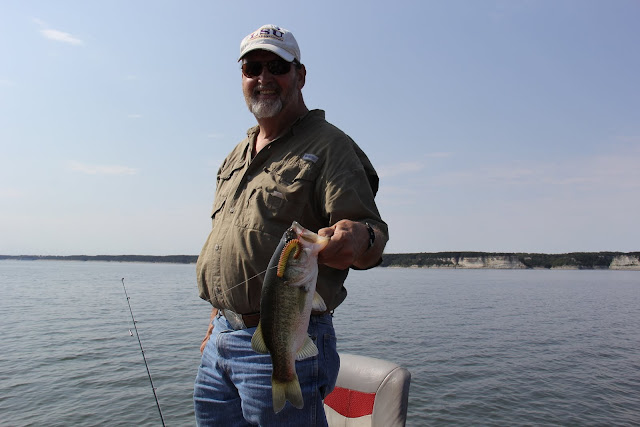 I actually had 3 or 4 bites on this hump, but only got one of them to hook up.  First it was hard to find a bite, and then they were so soft, you could barely feel them.

The Boss was pretty frustrated.  I think she only had one bite all morning…  and then after I caught one and had another bite, she finally dug out her C-rig and gave it a try.  Actually, she had a bite on her T-rig and missed it..  I pitched in behind her with the C-rig and caught a fish.  I had a several more bites n the same area.  But, by then though, the clouds had disappeared, the wind had calmed and it was in fact, HOT!  So we gave it up and headed to the ramp.  But, today we can say that we didn’t get a bite until after 10 a.m. and then only on C-rig and in deep water….  20 to 25 feet deep.

The ramp at McCown was still in good shape.  There was only one other rig on the ramp when we got there and they were gone when we returned.  One other rig was there.   On the Cedron Creek Park ramp, we saw one rig unload.  That ramp still looked to be in good shape. 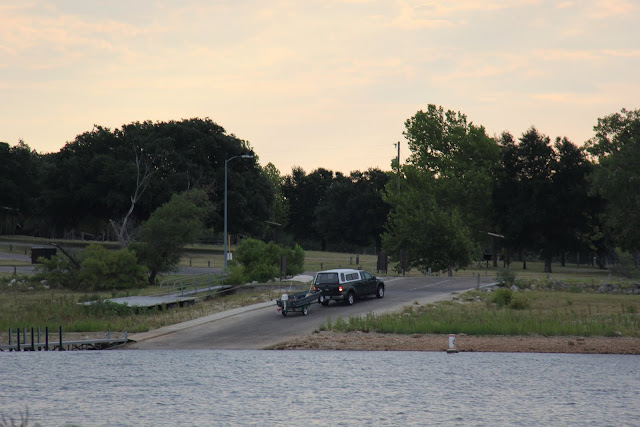 While we only boated one fish, we had a great day on the lake.  I even let The Boss run the trolling motor for 30 minutes or so…. while I took a nap.

BTW, one of the weather-guessers on Fox 4 said this morning that the area lakes were losing up to an inch a day.   Well, we were out here Tuesday and the lake is only down about 3/4 of an inch since Tuesday… and that is another good thing.  The water is fine, come on down.