We were on the lake again today….  It was a great morning. 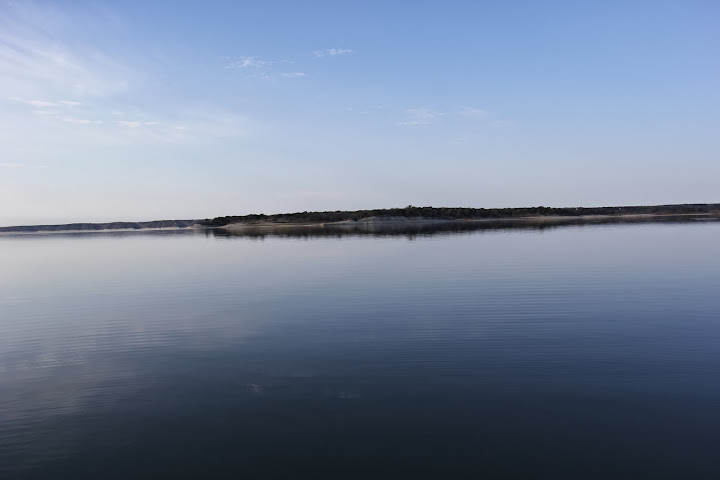 The air temperature was right at 50° when we arrived at the ramp about 8:30 a.m.   We were the first ones there.   The wind was absolutely calm.  The water was a bit stained and had some small trash in it.   The water temperature was 48°.   Light clouds, but mostly sunshine.  The lake is 521.80 or 11.2 feet low.  The ramps at McCown and Cedron Creek Park looked to be in good shape.  The Corp had the sliding boat docks in position on both ramps.    At McCown, I would recommend sticking with the center lane, there is a hole or drop off in the lane next to the boat dock.

This is a photo of the ramp at Cedron Creek Park.  It looks like it is ready to go for spring when they open the park. 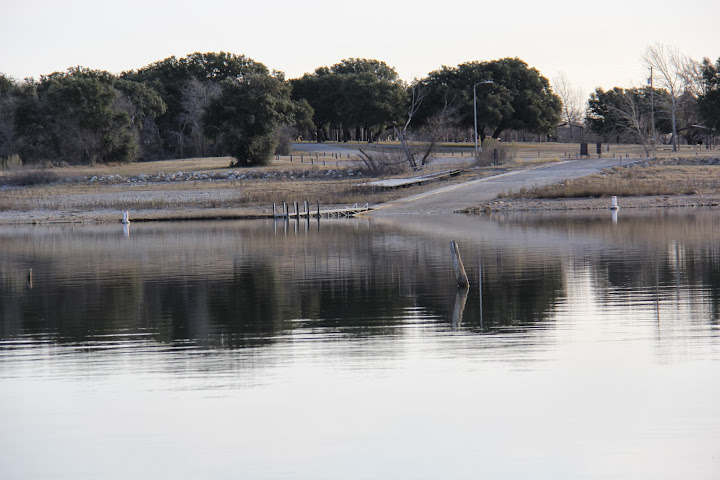 We only fished two areas this morning.  Camp Creek and Cedron Creek.   I had three bites, had all three fish on, but only boated one of the fish.

This one weighed 3.2 pounds…  I never got a look at the other two, but had both on for a bit.  The bite was slow, and all three took it when it was sitting still, almost a dead stick.  They were hard to feel, just there when I picked up the lure.  Actually, it has been so long since we have been on the water and had a fish on the line, I wasn’t sure that I could even tell what one would feel like…

All my bites came on a C-Rig, the only thing I fished with.  All the bites came between 9 and 10 a.m.  The Boss worked a number of different lures, but had no bites at all.  Strange, since she normally is the one putting fish in the boat.

The wind came up  about 11 a.m and it had been more than an hour since we had had a bite, so we decided to give it up and head to the house.  There were three more rigs on the ramp when we returned.  I think two when down the lake and one went up the lake.  And we saw one other boat besides those 3 on the lake.  Generally, it was a quiet day.  We were able to fish without any effort, sitting in one spot and work a big flat point with some drop offs.  The air temperature had reached 65° to 70° when we left about noon.

It was truly a great day on the lake.