Yes Sir!  It was a GOOD FRIDAY!

We got up early this morning.. had a fine breakfast of ham and egg omlet and biscuits.  It was nice outside, 50° and light winds.  We took our time, but finally managed to head off to the lake by 7 a.m.

We rolled into McCown Valley Park at 7:45 a.m.    We were late.  There were 5 rigs and two additional vehicles on the ramp when we got there. 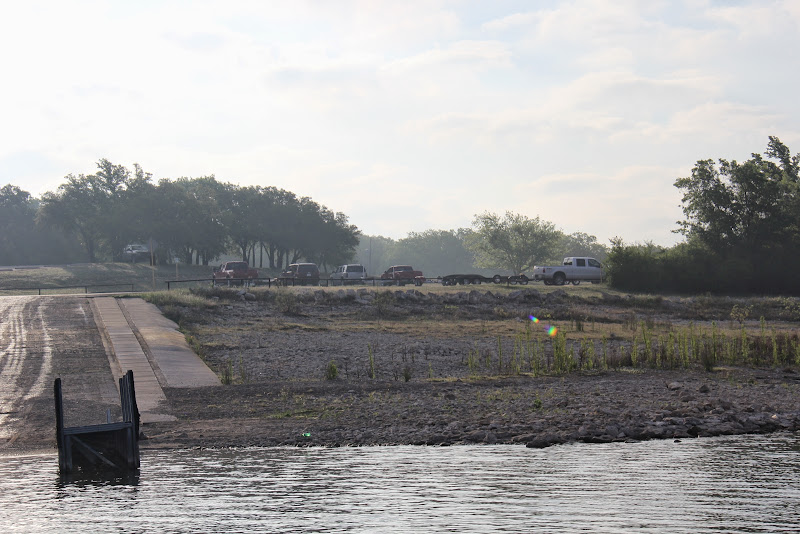 The ramp is still in good shape. The stats at launch were:

I think if my records are right, about 13′ or 13 1/2 feet is when the ramps start to become a problem.  My RAMPS page has pictures at 13 feet, and as I recall, that was just about the time they started to be non-functional at a lot of the Corps parks.

Boats were visible in every direction on the lake.  But, we decided we would fish Cedron Creek today.  We tried a couple of our favorite spots and I picked up two fish. 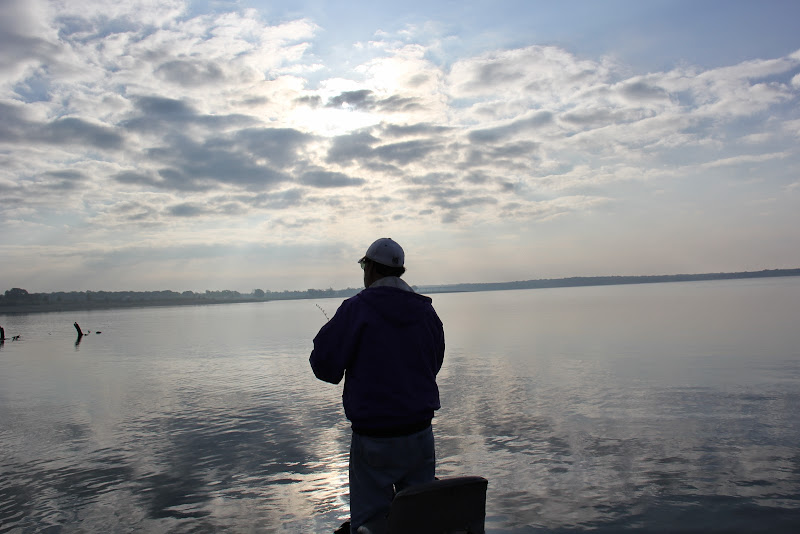 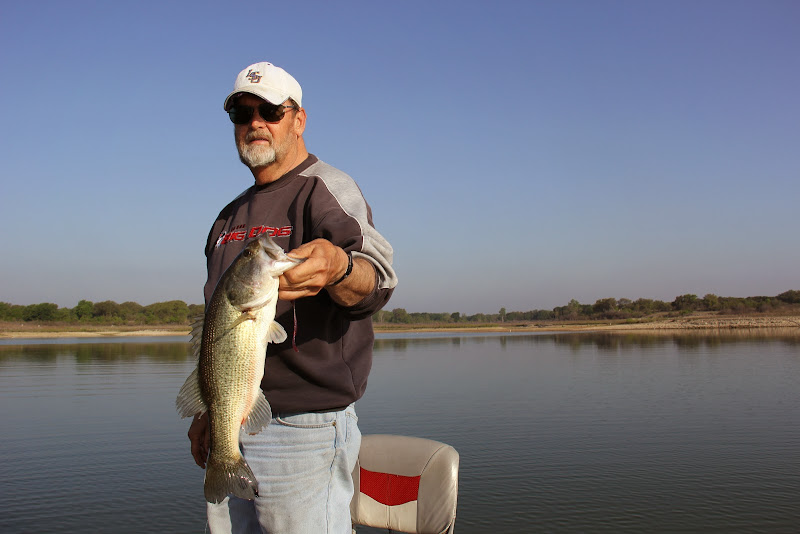 But, on the second spot, we had a boat start to follow us.. in fact they went to our first spot and then when we moved again to another point they moved around to the other side of the point.  Soooo, we gave them Cedron Creek and we went down the lake to Bee Bluffs.  We first fished Bee Cove and I picked up another fish, a 3.25 pounder.

The Boss was getting a bit frustrated.  She had a number of bites.. a dozen or so, but had not been able to put one in the boat.

We moved further down Bee Bluffs to one of the coves down there.  The Boss picked up a 15 incher that was little less than 2 pounds and two other short fish.

We had plenty of company today… a boat in every cove and two in some. We also found some other company… 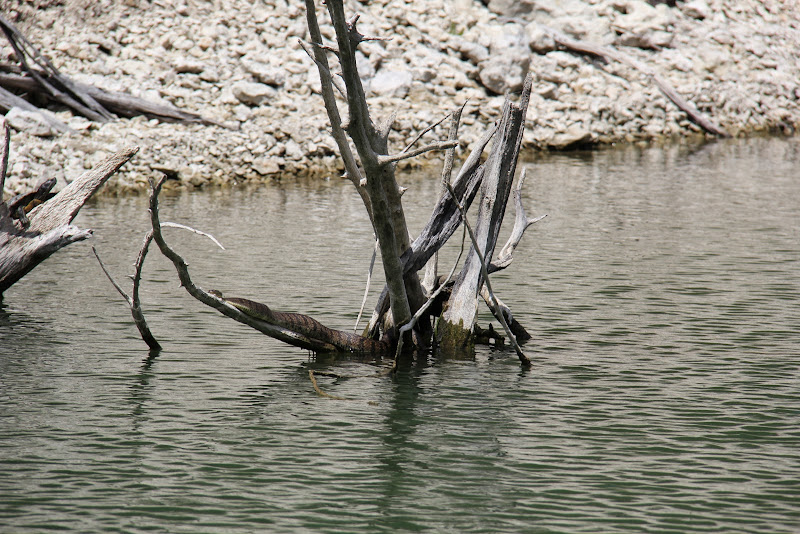 You want to make sure you watch what you are doing around some of those stickups and such.

When we got back to the ramp, there were 14 rigs on the ramp and 3 more trying to unload.   It was as busy as a Walmart parking lot on Christmas Eve.  It actually got really busy when some bow hunting guys had some issues with unloading their boat… several boats came in when we did (around noon) and there were folks waiting to get out of the lake and some waiting to get on the lake.  Fortunately, we were second in line and the guy in front of us waived us on through.

We enjoyed our day today…  6 fish, 4 keepers.   We topped it off with a burger from Sonic and rolled on to the house.

I am sure other folks were catching fish as well and it looked like it was going to be a busy weekend.  There were a number of campers in both McCown Valley Park and in Cedron Creek Park.