Man was it cold this morning or what?  It was near freezing when we got up…  The Boss said she was going back to bed and not to get into any hurry about getting to the lake today.  Thirty-three degrees was just too cool for spring fishing for her.   I tried to lay back down, but just couldn’t go back to sleep…  I knew we had to uncover the tomato plants and other stuff we had covered up in the garden last night so I went ahead and got up and got dressed for the lake and went outside to get this chore done and out of the way.

Well, by the time I got the garden work done, it was 8:30 and the temperature was up to 43°.  Actually, it seemed really nice outside, little to no wind and not a cloud in the sky… a regular Willie Uncloudy Day.  I couldn’t stand it so I took my life in my hand, and went in and woke up The Boss and told her we needed to get on down to the lake.   I hooked up the boat and loaded some of our gear while she fixed us a lunch and some fresh coffee to drink on the way.

We rolled into McCown Valley Park at 10 a.m.   A quick check with the folks at gate about the ramp and we were headed on down to launch.  We were the only rig on the ramp at 10 a.m. and there was not another boat insight. 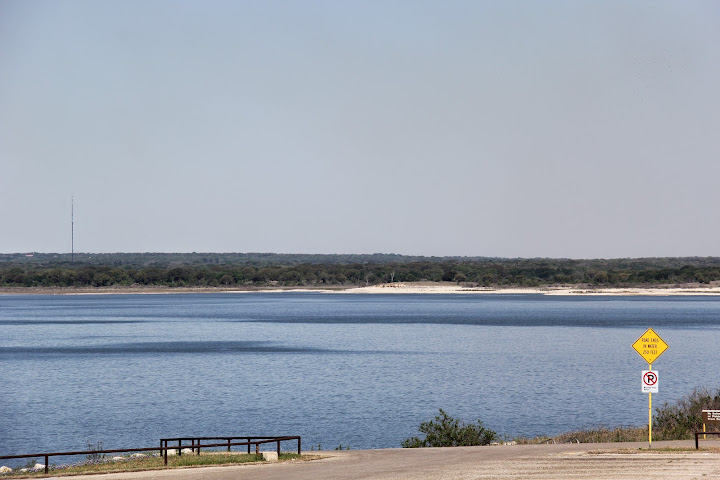 Here are the morning stats at launch time:

Once we were on the lake, and got rolling it seemed a bit cooler than 50°.  The Boss drove today. She was ready to rock and roll.

She is bundled up huh?  By the way, if you didn’t know it, this is her boat…. gave it to her for her birthday, Christmas and Anniversary gifts.

The truth is that we could have slept in until noon. We did not get a bite until after lunch when the air temperature had hit about 60° and the water temperature had gone up to about 65°. Our pattern was much the same as it had been last week. The fish were shallow and on the rocks in the sun. While we fished some top water, and some crank baits. We had no bites except on the T-rigs.

Here are few of the 9 we caught. I had 6 today and The Boss had 3.  Mine were all small and actually 2 or 3 were not keepers.

Yes, she had Big Bass today. 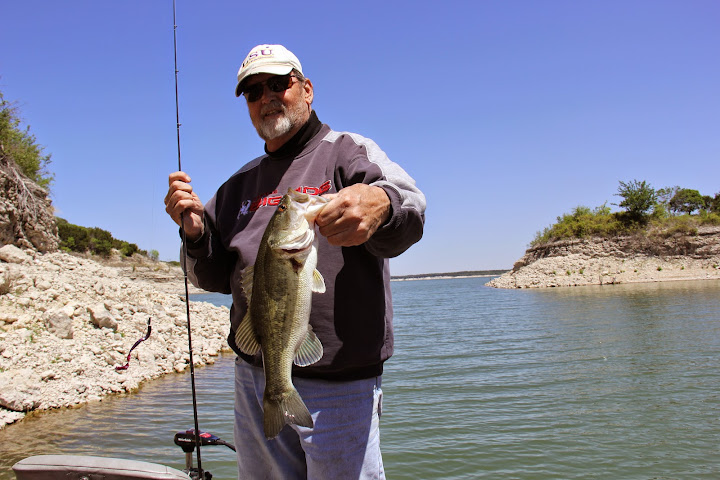 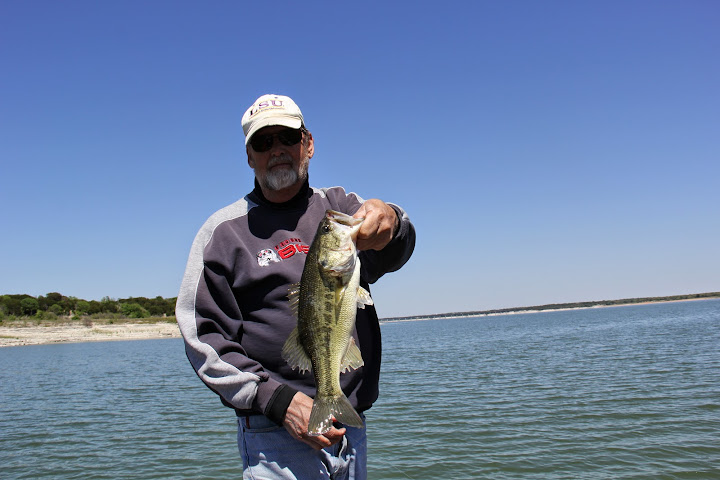 We had fun afternoon.  It warmed up nicely, to 60 plus degrees as I said.  The winds stayed relatively light.  There were 3 other rigs on the ramp when we returned at 3:30.   We fished for 5 hours, only 3 of them were productive, but they were worth the wait.

We did note that Cedron Creek Park was open and there were a couple of campers back on Camp Creek (Great Location).   McCown was also light on campers.

My guess is that camping is going to pick up in the next week or so. The weather will stabilize and be great. Fishing is great. What more can you ask.

Come on down, the water is fine….