Man, it was good to be back on the lake today…. much better than watching Honey Hole videos on the Internet.

The politically correct term is that we have had “issues” the last 6 weeks or so… the phrase or term I use is “bad luck”… lots of just stuff happened that kept us off the lake…. Seems like it had been years rather than a few weeks…

But, we were back on Whitney this morning and it was just great… 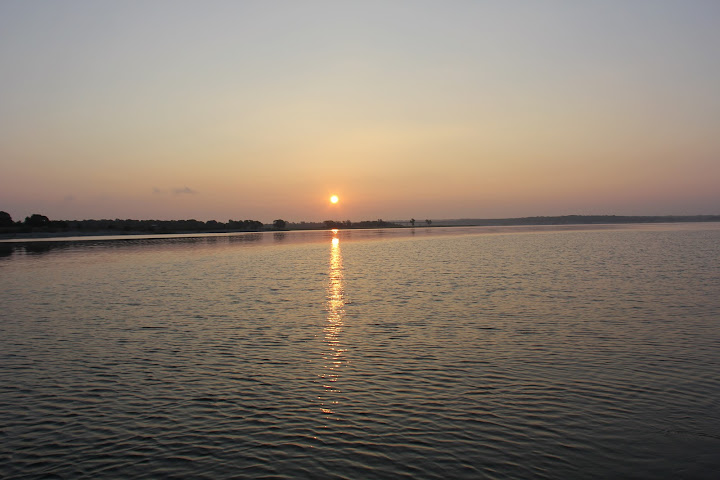 The last couple of Honey Hole videos, Bill Wilcox has been bragging about his Canada trip and fishing on a lake with no other boats… Well today on Whitney, I think I saw two other boata, one came out of Cedron Creek Park and went on down the lake. The other was a stripper boat that just made a pass through Cedron Creek, “looking” or “scouting”. He didn’t stop. For all intents and purposes, we had the lake to ourselves. And it was great.

Here were the conditions: 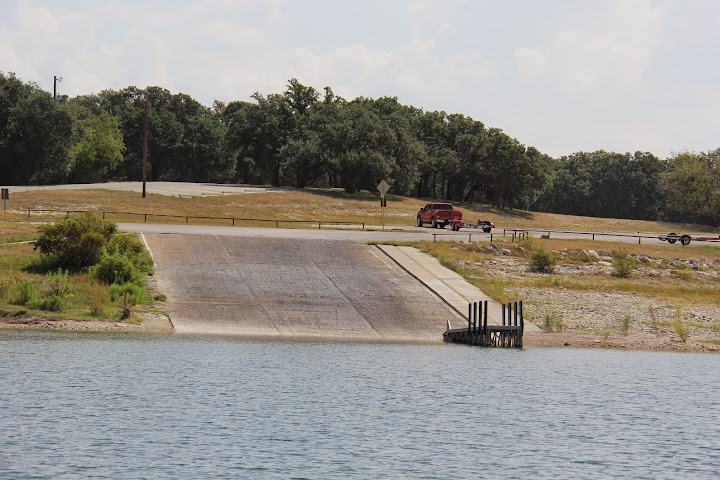 Well, we were either out of practice or the fish weren’t biting.  Actually on the trip down, we noted that the cows were NOT FEEDING!  And neither were the fish.  Between 7:30 and 9:30 a.m.  The Boss and I had 3 or 4 tiny bites between us.  Those bites were really light.  I had one small strike on a top water and I think it was probably a white bass.   We fished flats, drop-offs, ledges and points.   And we fished in the creeks and out on the main lake.  There was just nothing moving.  Or, at least whatever fish there were not showing themselves on the fish finder… just a lot of empty water around Cedron Creek.   So, we decided to make a run down the lake. 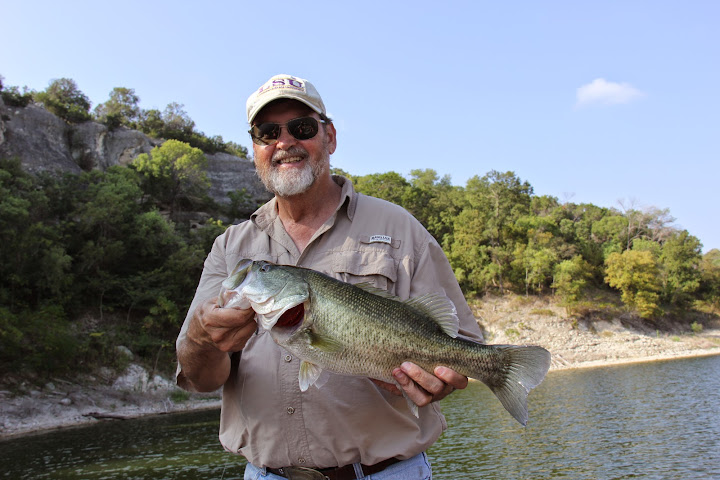 This fish never bit… it was just there.  Pulled a T-Rig worm over a limb and the fish just began swimming off.  I was lucky to get the hook set.  With The Boss’s help, I was able to get it in the boat…

Not long after that, The Boss boated a 2 pounder.  Then at the very back of a cove, she hooked what looked to be a nice 4 pounder.  It ran around a limb, then when she finally worked it free, it made a big jump and the line broke…  Needless to say, The Boss was pretty disappointed.  By then, it was a little after 11 and it was getting hot.  So, we gave it up.

We fished about 3 1/2 hours and we boated two decent fish and let another get away.

But, all things considered, it was a great day on the lake.  The breeze kept it cool and enjoyable.  We did see a few minnows and shad breaking the surface, but they didn’t stay up for any  length of time and they were not in large numbers.  Most of these sightings were back in the creeks.  We did not see any sign of big fish working in the minnows.

As far as the camping goes, we only saw one camper in McCown Valley, and in Cedron Creek Park, there were 3 that we could see.  There is a cool front coming this weekend and the highs are supposed to be around 80°…  Sounds like great camping weather to me.