Well, it is Wednesday… HUMP DAY….  if you measure time in weeks…  but, since we are retired, it doesn’t much matter other than it is not the weekend when we hate to fish.

The statistics for today….

The ramp at McCown is in good shape as is the sliding dock. 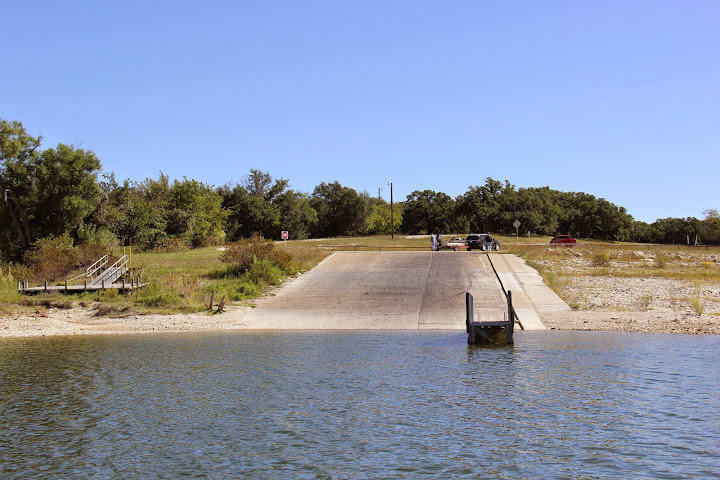 You can see the slight chop that was on the water… it made it “fish-able” even though it was a cloudless day.

We fished some of our “usual spots.”    The neat thing was that we were getting some bites, frequent bites though we couldn’t get many hookups.  We fished crank baits, square bill and a Spro 25…  white/pearl colored.  We got no strikes on the crank baits.  But, we did get a lot of bites on Zoom worms on a Texas Rig.   I boated 4 short fish… the two largest were just about 14 inches. 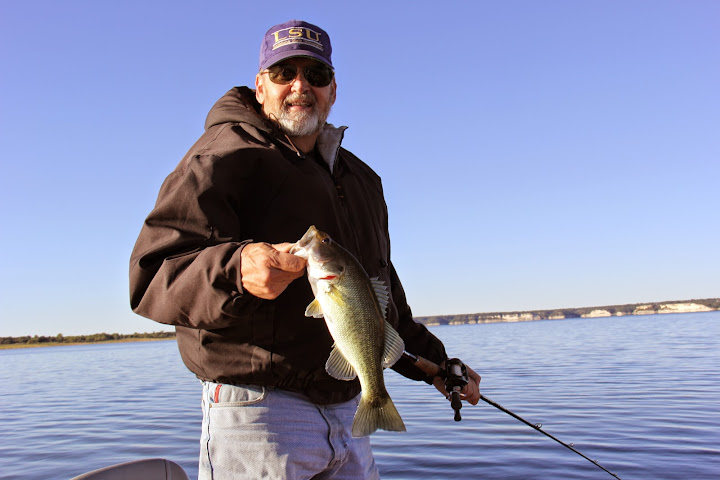 Sometimes, any fish will make a guy happy…. 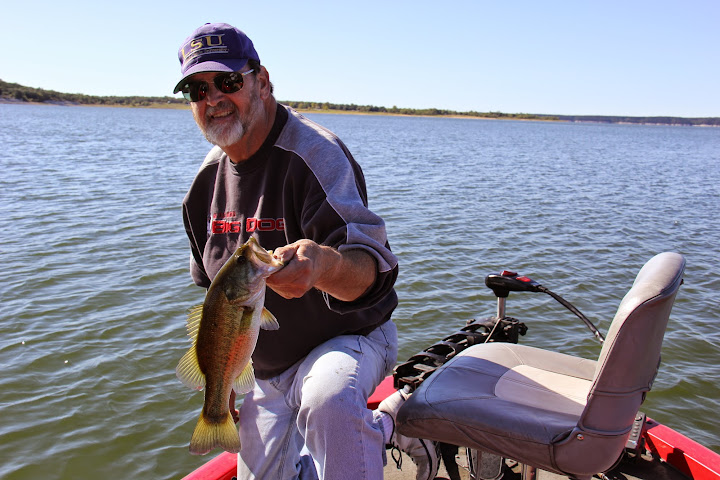 The Boss wasn’t too grumpy about not catching any fish, but it sure would have been a lot more fun if she had…

There were a few folks camped out at McCown, but not many.  The Gate Keeper said that we were the first boat to launch from McCown this week.  There was another rig on the ramp when we returned.  And  we saw one, maybe two other boats on the lake, but none near where we fished.

While we didn’t catch any big fish, this is probably the most activity we have seen in a while.  Maybe, just maybe the fish are getting ready to turn on.

At any rate, it was great to be on the lake.   It is really neat to be close to nature and the blessings of God.   A great day to be alive and on the lake.