Camping in the fall on Whitney must be great…. we don’t camp out, but see other folks who do.   The weather has been great this week.  Not much wind and generally comfortable.   I would venture a guess that things are really nice camping in the park.

We were chunking top water lures at 8 a.m.   I thought we would start with a windy point and see what we could come up with… 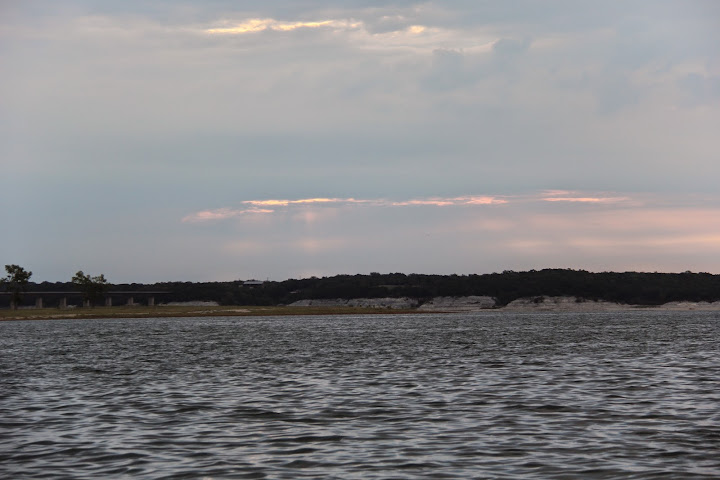 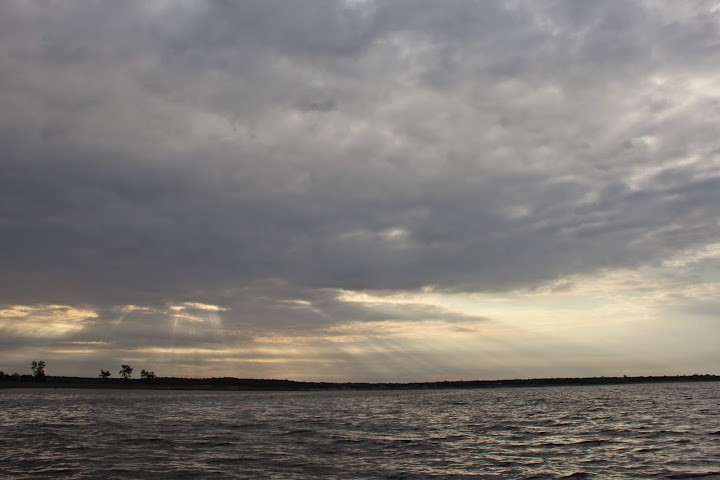 The clouds were covering sunup and the wind put a nice chop on the water… I was walking the dog…   a big old Spook across the point and shallow point and flat.  The Boss was tossing an H2O and walking it around the flat too.   It didn’t take her long to decide that top water would not work today.   She went back to her T-Rig and soon had a bite… but no fish.   I worked the Spook for a good 30 minutes and didn’t find anything.   We moved to a stumpy flat and fished it with basically the same results.   A bite or two but no fish.

We moved again both started working the T-Rigs…  On some vertical structure, we had a two-fer. 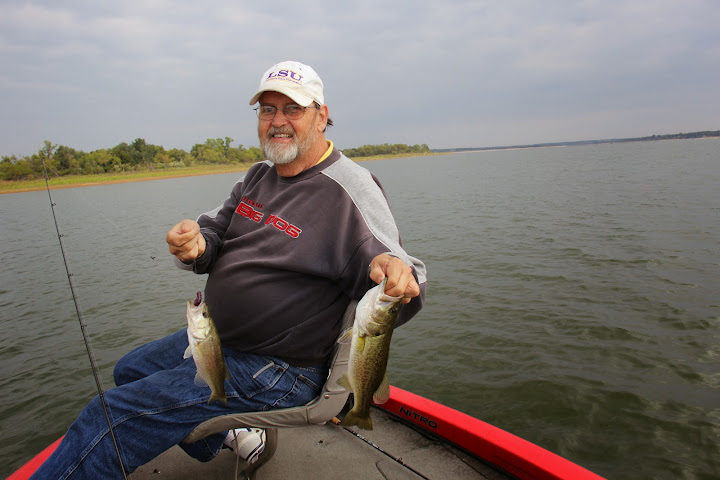 The larger one was a 14 incher… and it belonged to The Boss.  They both basically came from the same spot.   But, we didn’t find any more of them in that area.  But hey, a fish is a fish and two are better than one and a lot better than none.   I told The Boss we could duck tape the two together and have a fair keeper.

We moved down the lake to the Bee Bluff area and fished a couple more coves.   I picked up one more small fish on a T-Rig.

But, the fishing was tough.  I thought we would do well this morning… cloudy, cool and a little chop on the water….  What more could we ask from the weather-guessers?

Actually, I fished on Tuesday with a buddy, but we fished for whites.   We caught a couple of dozen whites and stripers, but they were all small fish… no keepers in the bunch.  The weather Tuesday was a little cooler, the winds were calm and the skies were clear.   All the fish we caught were on humps and ledges out in the middle of the lake  in 15 to 20 feet of water.  Again, it was a nice day on the lake… but no fish.

Both days we fished until about noon…  and started about the same time… so 4 hours on the lake both days.

But… there is some nice scenery…. 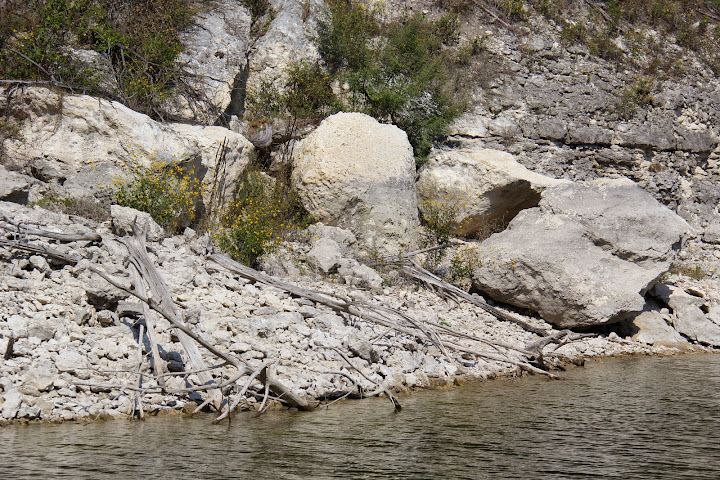 If you like to camp and enjoy the fall season, this is the time to be on Whitney or any of the Central Texas lakes.

The boat ramp at McCown remains in great shape…. but as it is, I prefer the center lane.